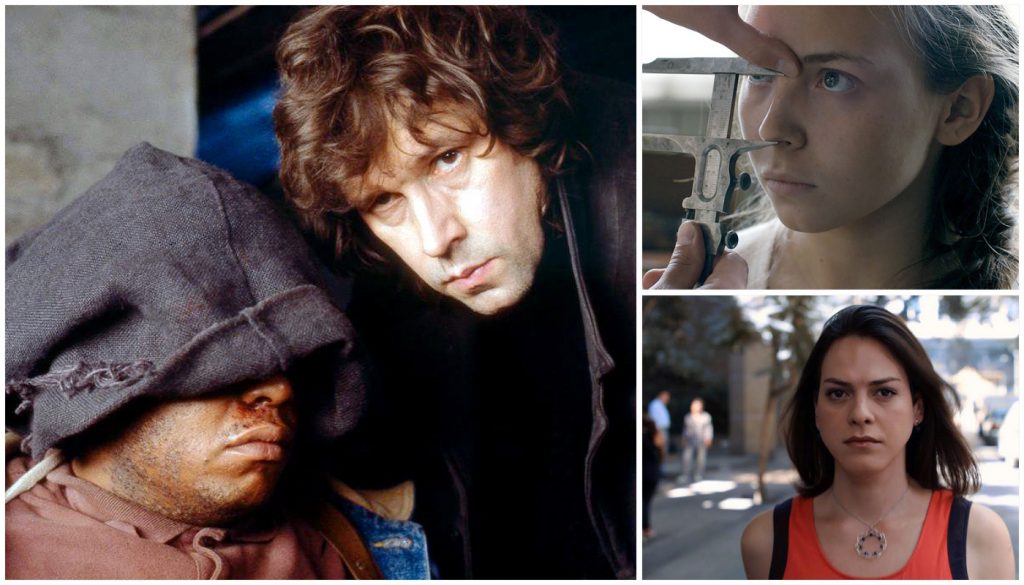 KEARNEY – The University of Nebraska at Kearney will focus on gender fluidity when hosting its annual UNK@TheWORLD film festival over the next three months.

It tells the story of a British soldier kidnapped by terrorists who befriends one of his captors and is drawn into the soldier’s world. The film explores themes of race, gender, nationality and sexuality against the backdrop of troubles in Northern Ireland.

“One of our main goals is to promote multicultural understanding,” said Michelle Warren, event organizer and assistant professor in the department of modern languages at UNK. “ … Learning stories of others helps open our minds to worlds beyond our own.”

Three films are featured as part of UNK@TheWORLD. Others include “Sami Blood” on March 6, and three showings of “Una mujer fantástica” (A Fantastic Woman) April 6-8.

“We have shown films that tell stories about communities and situations central Nebraskans do not usually see,” she said, “and it has offered us a window of understanding into often misunderstood situations.”

In it’s fifth season, the theme for UNK@TheWORLD is “Gender Fluidity Around the World.” Gender fluidity – when gender expression shifts between masculine and feminine – can be displayed in how people dress, express and describe themselves.

“So many issues in today’s headlines have to do with gender – gender and power, gender and identity, gender and sexuality. It is important for us to see how gender is portrayed in places around the world,” Warren said. “… Hopefully these films will give us insight to issues associated with gender roles and identities that we have not yet considered.”

All films are at The World Theatre, free for UNK students with an ID and for the public.

UNK@TheWorld is sponsored by the Department of Modern Languages, dean of Fine Arts and Humanities, International Studies, dean of Natural and Social Sciences, and Women’s Gender and Ethnic Studies. The program is funded in part by Humanities Nebraska and Nebraska Cultural Endowment.

7:30 p.m., Tuesday, Feb. 6
“The Crying Game” – A British soldier kidnapped by IRA terrorists soon befriends one of his captors, who then becomes drawn into the soldier’s world. The film explores themes of race, gender, nationality, and sexuality against the backdrop of troubles in Northern Ireland.
Lorna Bracewell, assistant professor of political science, will lead discussion following the film.

7:30 p.m., Tuesday, March 6
“Sami Blood” – Elle Marja, 14, is a reindeer-breeding Sámi girl. Exposed to the racism of the 1930s and race biology examinations at her boarding school, she starts dreaming of another life. To achieve this other life, she has to become someone else and break all ties with her family and culture.
Nate Bickford, UNK biology professor, and Sonja Bickford, UNK industrial technology professor, will lead discussions before and after the film.

7:30 p.m. Friday and Saturday, April 6-7
2 p.m. Sunday, April 8
“Una mujer fantástica (A Fantastic Woman)” – Marina, a trans waitress who moonlights as a nightclub singer, is bowled over by the death of her older boyfriend. Instead of being able to mourn her lover, suddenly Marina is treated with suspicion. Marina is a transgender woman and for most of her boyfriend’s family, her gender identity is an aberration.
Richard Mocarski, Assistant Vice Chancellor for Research, will bring together his research team made up of members from Kearney, Omaha and Lincoln for a panel to discuss issues related to transgender. He will be joined by UNL’s Debra Hope and Nathan Woodruff with Great Plains IDeA-CTR Network.