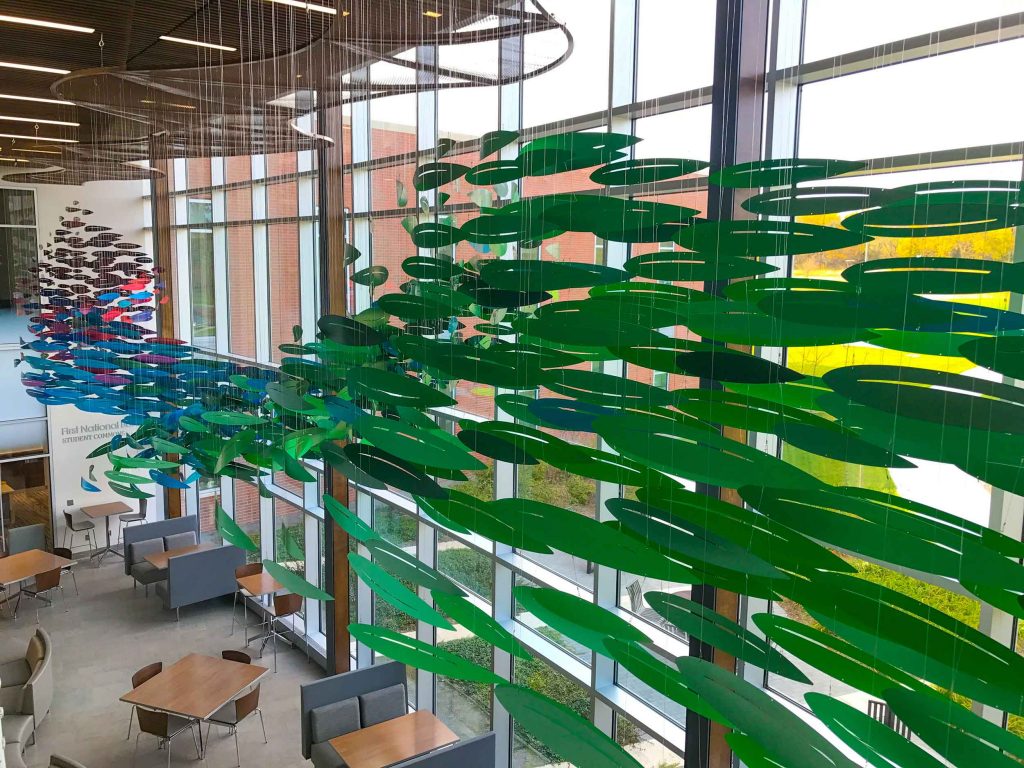 KEARNEY – Visitors to the Health Science Education Complex are now greeted by a 250-pound, 50-foot colorful aluminum sculpture reminiscent of the Platte River. “The River at Dawn” by Daniel Goldstein will be dedicated at a public open house event at 4:30 p.m. March 14.

The sculpture was installed in November, created by San Francisco artist Goldstein. Goldstein’s woodblock prints, collages and sculptures have been exhibited in leading galleries and museums across the world. His large public sculptures are owned by numerous American and international corporations and municipalities, and displayed in plazas, lobbies, train stations and town squares across the U.S.

The project – a partnership between UNK, University of Nebraska Medical Center and Nebraska Arts Council – is funded by the 1% For Art program that places art in Nebraska’s state buildings, colleges and University of Nebraska system. The 1% for Art law has been in effect since 1978 and generated more than $3.5 million in artwork for Nebraska’s state buildings, state colleges and university system.

Selected artwork was chosen by the 1% for Art committee, from the College of Allied Health Professions, College of Nursing, UNK, UNMC, the project agency, arts professionals and public constituents. The application and review process spanned seven months.

The dedication is free and open to the public. 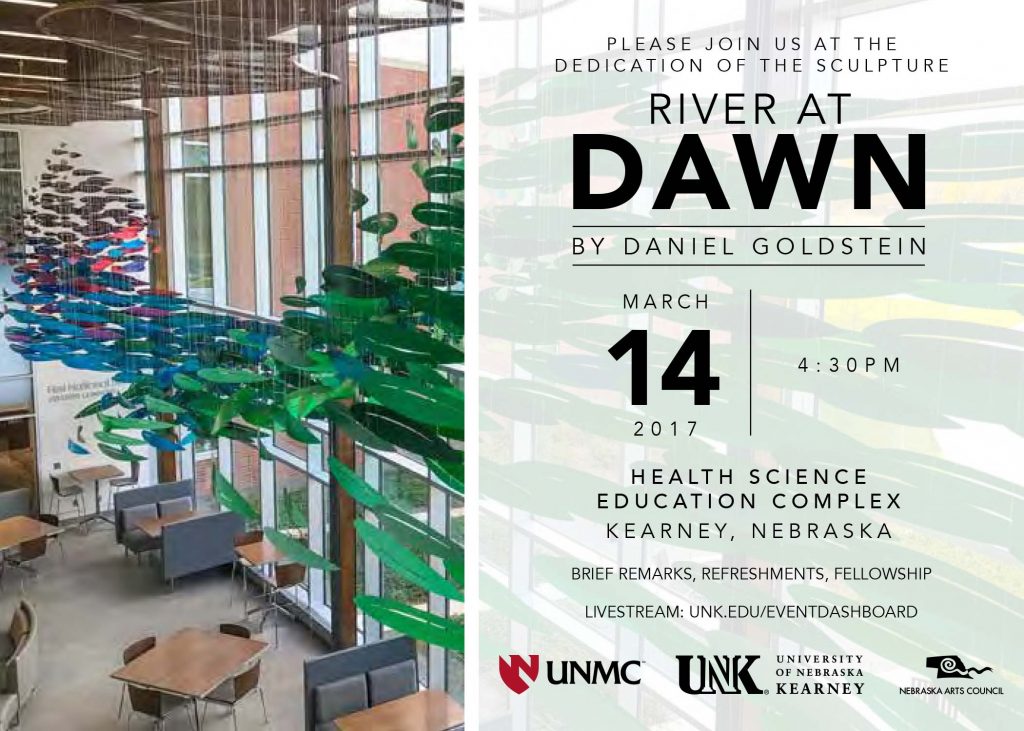