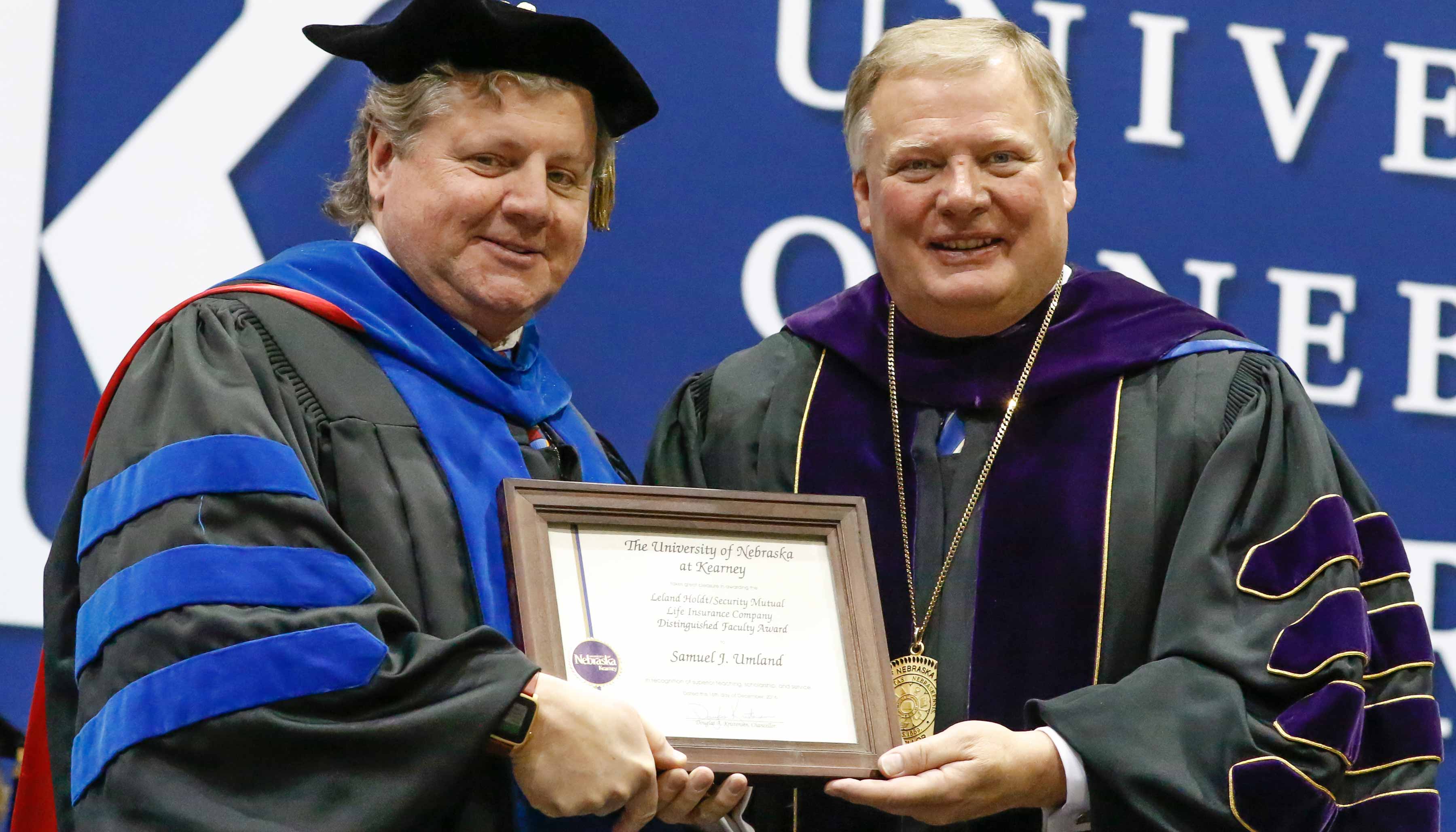 Umland joined the UNK faculty in 1988 and has served as associate dean, interim dean, interim director of the Museum of Nebraska Art and English Department chair, a position he holds today. 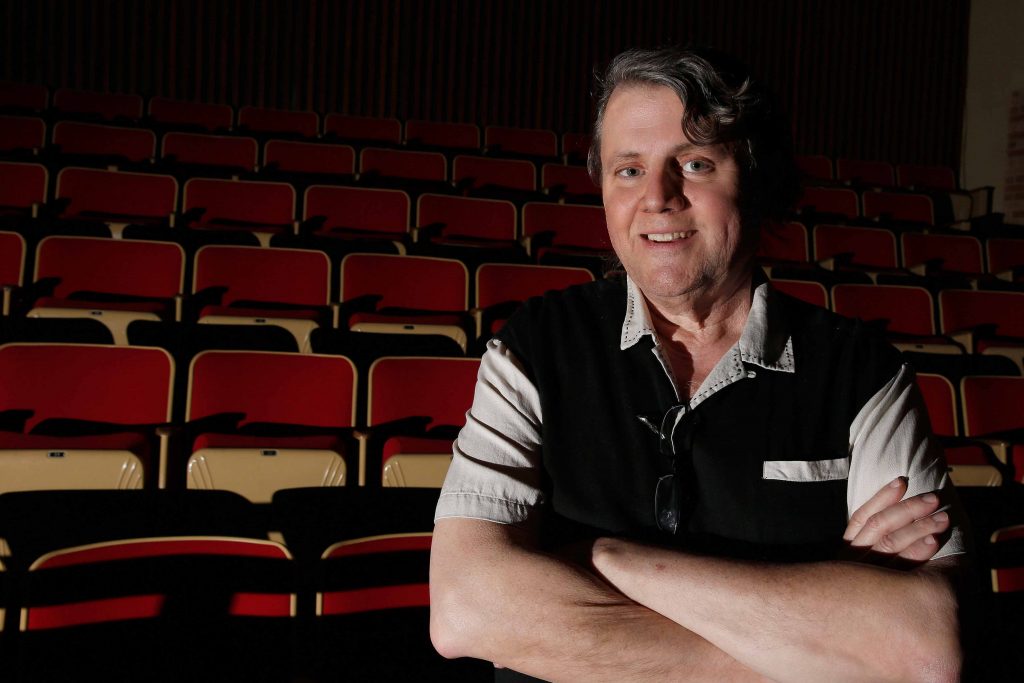 UNK Chancellor Doug Kristensen described Umland as “a popular and passionate teacher, a scholar and creative artist and someone whose record of service rises to a level of leadership.”

UNK’s most prestigious faculty award, the Leland Holdt/Security Mutual Life award recognizes an outstanding teacher/scholar for achievements that bring substantial credit to the university. The activity areas considered include teaching, research and service, with preference given to candidates who demonstrate high accomplishments in all three areas.

The award honors alumnus Leland Holdt and commemorates his many years of leadership at Security Mutual Life. Umland received a $5,000 stipend.

“Sam Umland is always prepared and enthusiastic, always ready for a new challenge and described by a colleague as a model of ‘the paradigm of the scholarly teacher in the classroom,’” Kristensen said.

Umland’s research is defined by film studies, but he also specializes in media studies, popular culture and literary theory. One of Umland’s recent research projects – “The Tim Burton Encyclopedia” – was released in the summer of 2014 and highlighted one of Hollywood’s most successful and distinctive filmmakers.

Umland was the recipient of the Pratt-Heins Distinguished Research Award in 2004 and the Who’s Who Among America’s Teachers in 1998 and 2002.

“It is said that a class with his name attached to it always fills – that after taking one of his courses, students are eager to take another,” Kristensen said.

He has served on Faculty Senate and his College Advisory Committee, and has been involved in UNK initiatives such as using iPads in the classroom and the Open Access Textbook project to integrate technology into classrooms. Umland also helped develop his department’s online master’s program.

Umland received his bachelor of arts, master of arts and Ph.D. from the University of Nebraska-Lincoln. 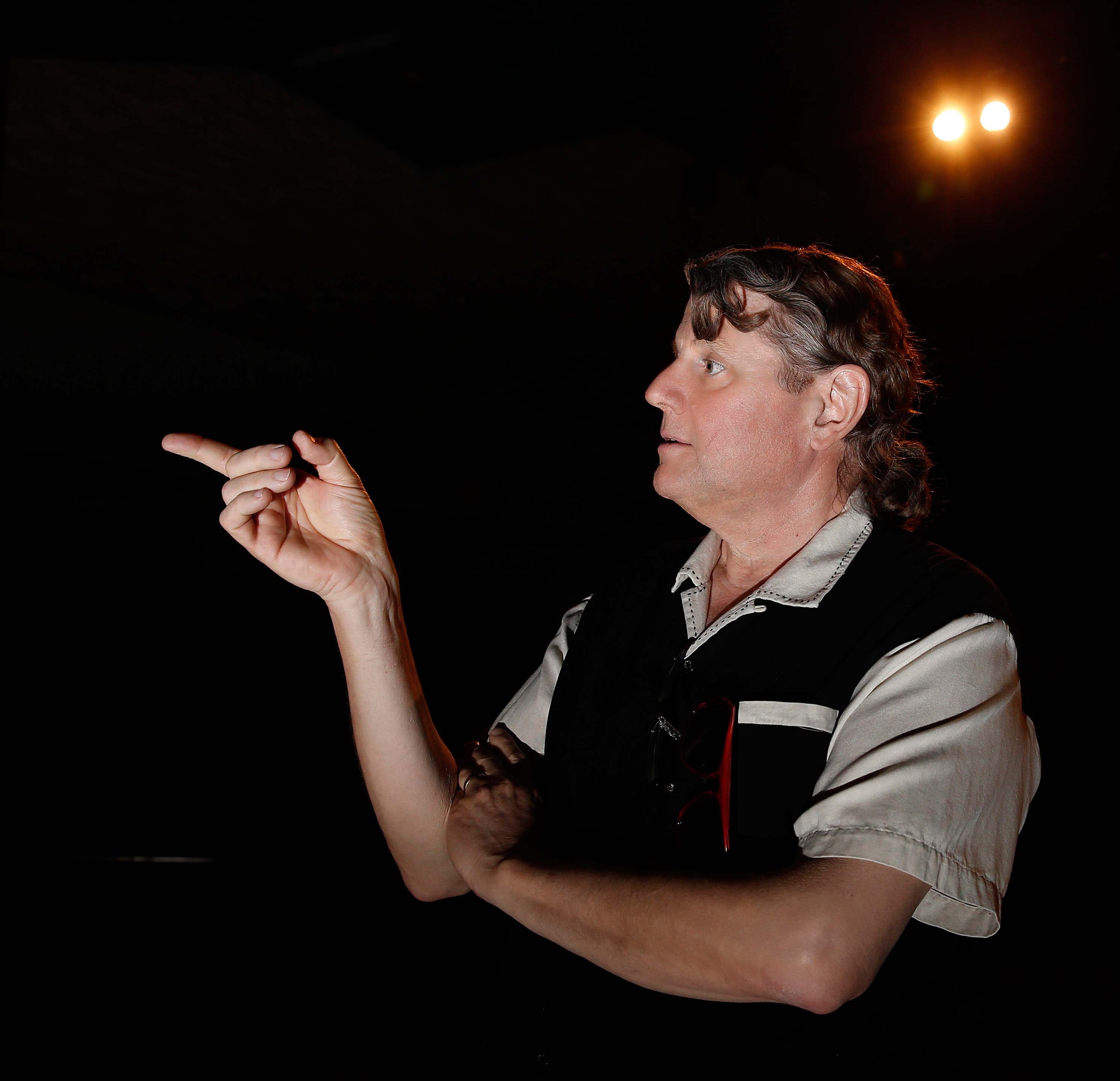