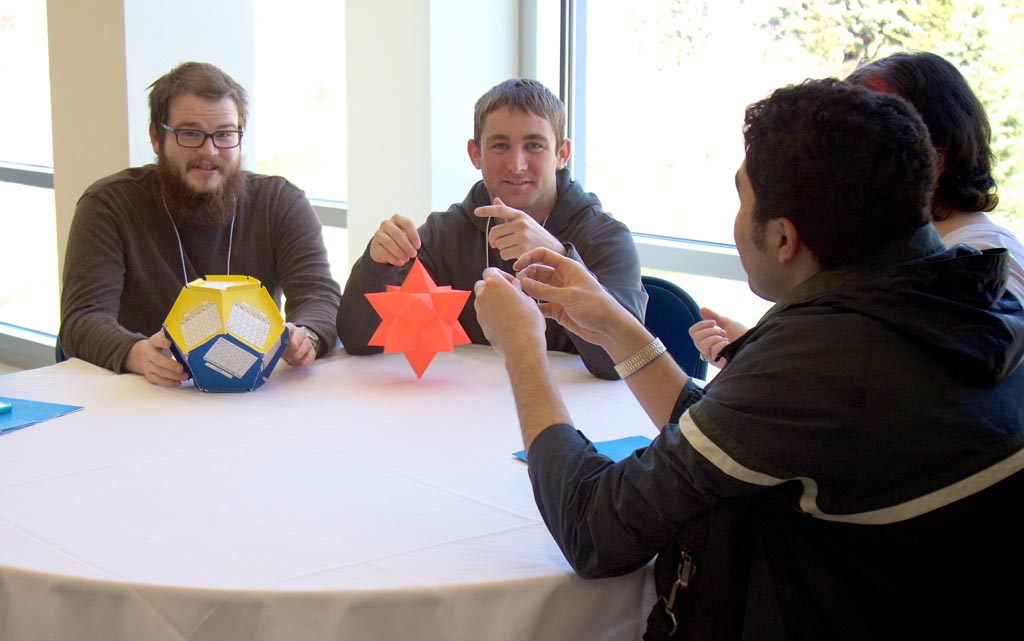 Seven student abstracts for papers were submitted and presented.

Mark Hall of Hastings College was the invited speaker, giving the presentation “Game Theory: More Than Just Fun and Games.”

UNK students presenting at the event included: Alexandria Linnerson, “The Evolution of Cryptography,” Adam W. Zheng, “Exploring Context-Free Grammars and their Similarities to Fractals using Recursive Drawing” and Candy Smith, “A Study of Interdependency of English Literacy and Mathematics Among the Deaf and Hard of Hearing.”

UNK’s Nebraska Beta Chapter of KME was founded in 1959. Over 900 students have since been initiated into the chapter. A book with the names of the initiates was available for viewing at the convention.