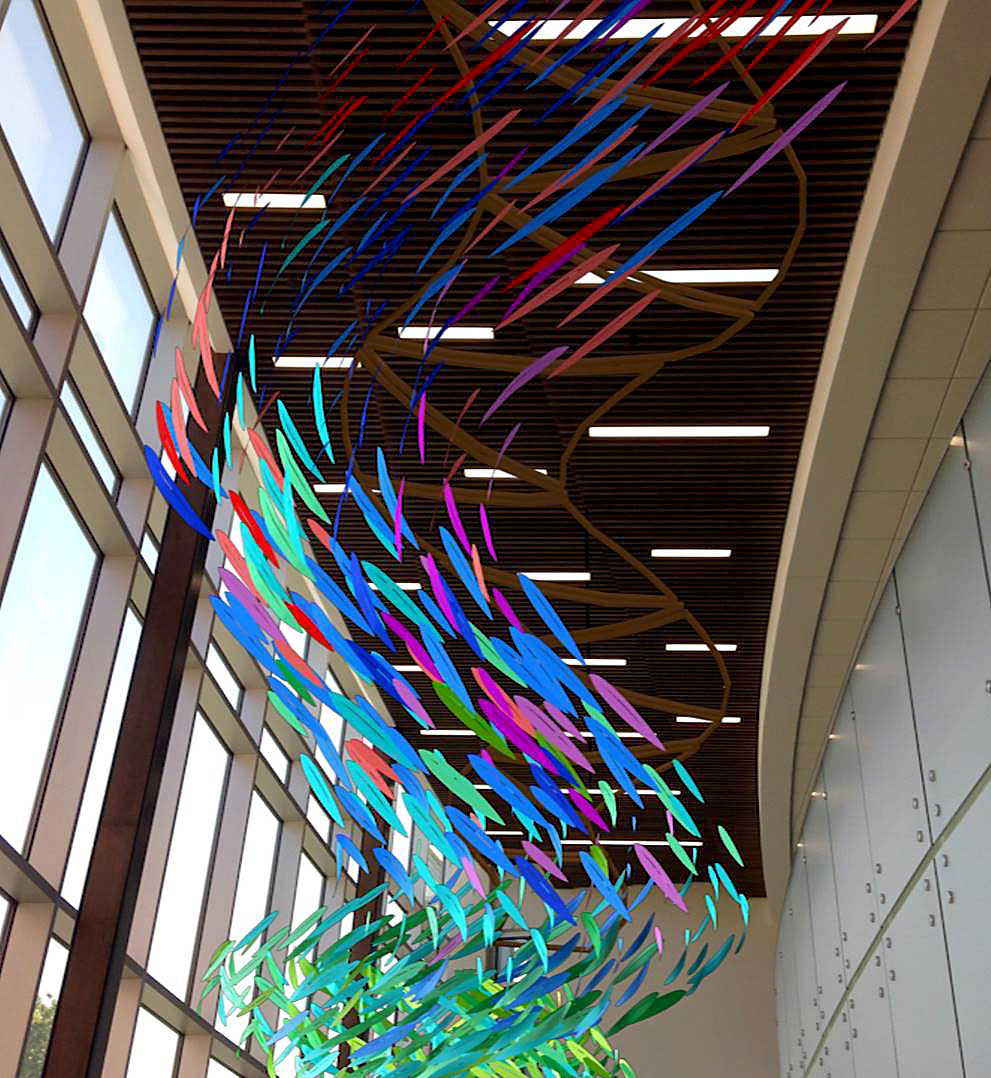 KEARNEY – A large aluminum sculpture inspired by the Platte River is part of 0,000 in new artwork being installed in the Health Science Education Complex on the University of Nebraska at Kearney campus.

The new artwork titled “River At Dawn” is a suspended sculpture that builds on the braided river theme implemented in the building by RDG Planning and Design. The silhouette of the sculpture as seen from outside the building is based on the path of the Platte River as it flows through Nebraska.

The piece of art weighs 250 pounds, measures 50 feet long and consist of hundreds of colorful anodized aluminum pieces and reflective sheen that alludes to a Midwest sunset reflecting on water. It will be hung this spring. 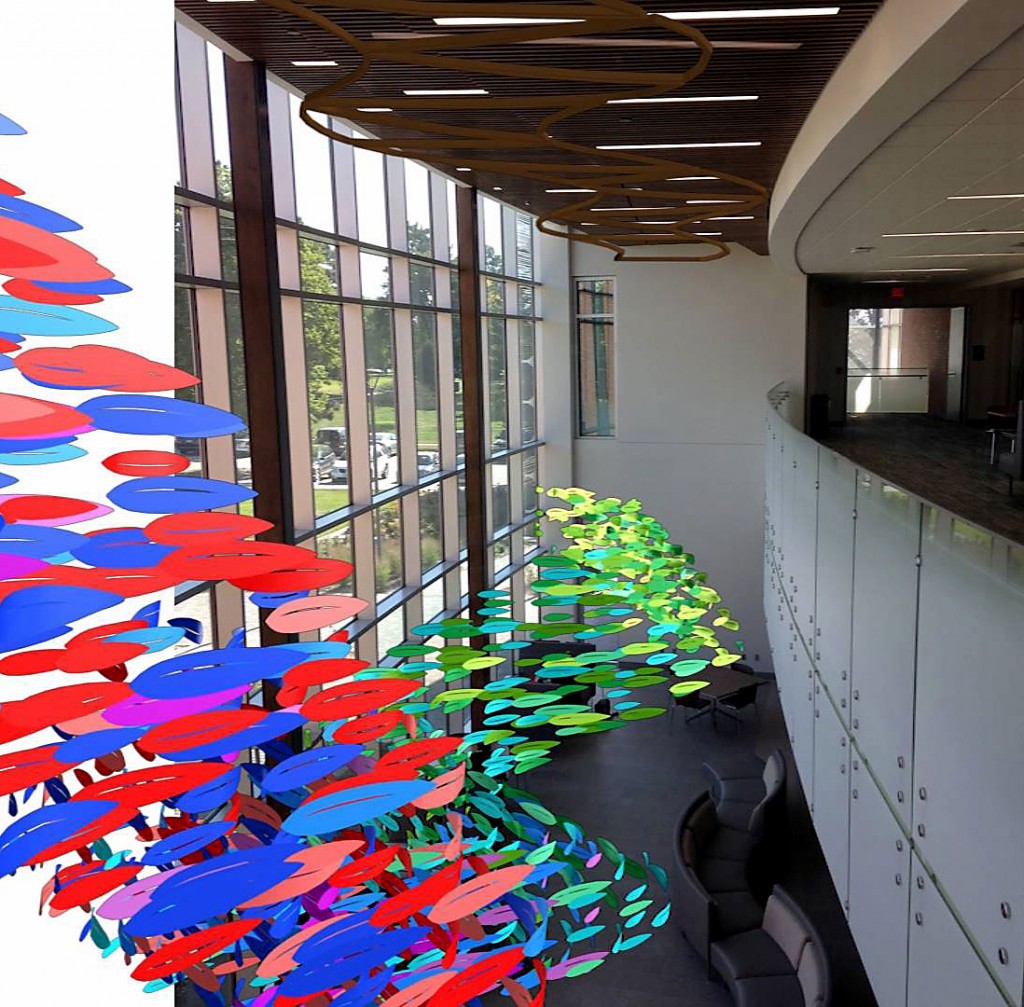 The sculpture was created by San Francisco artist Daniel Goldstein, whose woodblock prints, collages and sculptures have been exhibited in leading galleries and museums across the world. His large public sculptures are owned by numerous American and international corporations and municipalities, and displayed in plazas, lobbies, train stations and town squares across the U.S.

“The river is a perfect metaphor for a health science education building. A river spreads out over great distances while enriching its surroundings, so will the students who emerge from this center of learning,” Goldstein said.

The $19 million UNMC Health Science Education Complex opened in August. Located on the UNK campus, classroom and lab spaces are shared by College of Nursing and College of Allied Health Professions students.

“A river moves forward, so will the research and knowledge as this school creates social and scientific advances for the improvement of rural health,” Goldstein added. “A river ties communities together, so will the many graduates who will remain connected to each other and this school because of their common college experiences.”

Nebraska’s 1% for Art law has been in effect since 1978 and generated more than $3.5 million in artwork for Nebraska’s state buildings, state colleges and university system.

The number of projects generated each year is dependent on legislative appropriations for new construction projects in excess of $500,000 and remodeling or renovation of a public building in excess of $250,000. Buildings meeting the criteria must be open to public access in order for a project to take effect. An art selection committee is then established for each project to determine the criteria for suitable locations, art forms and artist eligibility.

The Nebraska Arts Council provides numerous grants, services and special initiatives that help sustain and promote the arts in Nebraska

Selected artwork was chosen by the 1% for Art committee, which consisted of representatives from the College of Allied Health Professions, College of Nursing, UNK, UNMC, the project agency, arts professionals and public constituents. The application and review process spanned seven months. 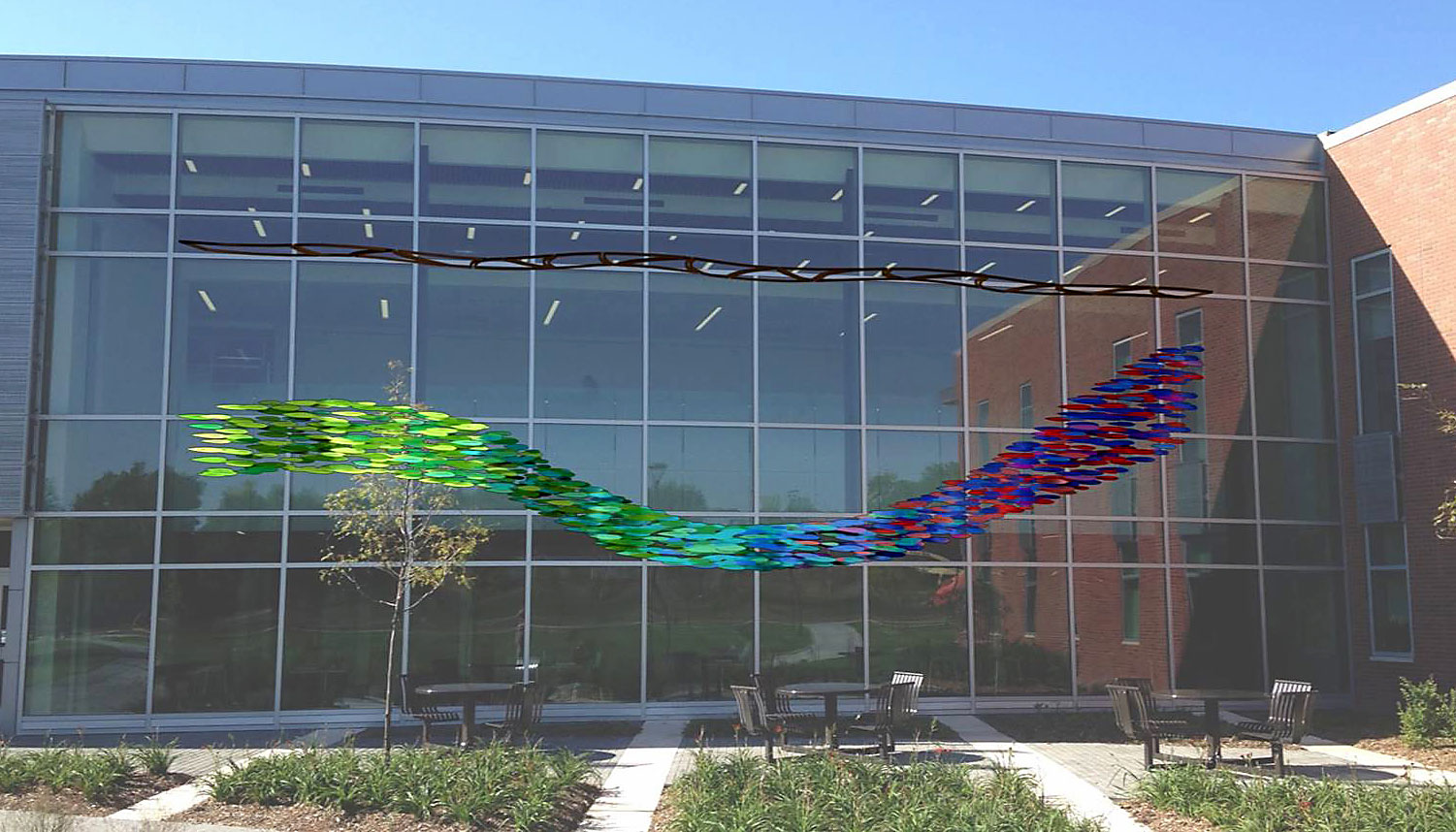