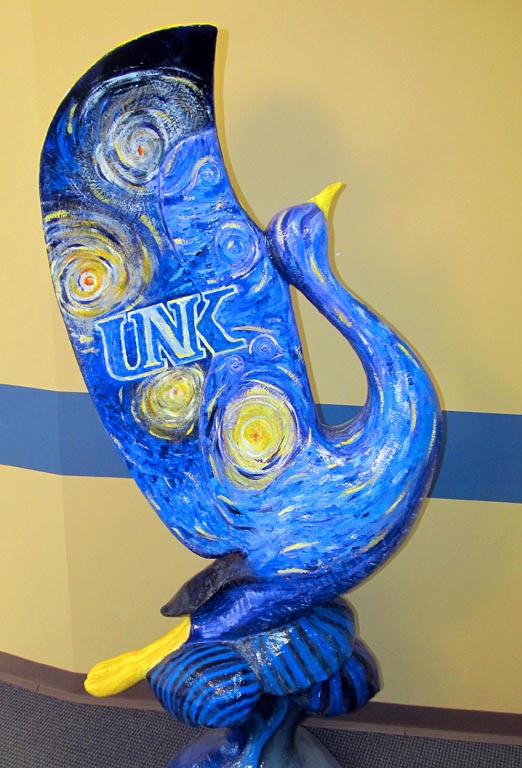 Chris Campbell of Brandon, Miss., Aaron Fisher of Comstock, Jennifer Green of Kearney and Janelle Huebert of Henderson painted the crane, which is currently on display in the UNK Admissions Office.

The sculpture will remain on campus until the March 12 public auction at the Museum of Nebraska Art. Proceeds will be divided among seven area charities.

NebraskaLand National Bank of Kearney sponsored the ,000 project, which allowed the Art Society to be involved.

Kearney’s first Cranes on Parade event occurred in 2003·04 and was the city’s first public art event and auction, raising thousands of dollars for local, regional and international needs.

The event celebrates the arts and annual migration of the sandhill cranes while raising awareness of the arts and raising funds for many Rotary projects.

Cranes on Parade pieces are on display at their sponsor’s location or other public locations.