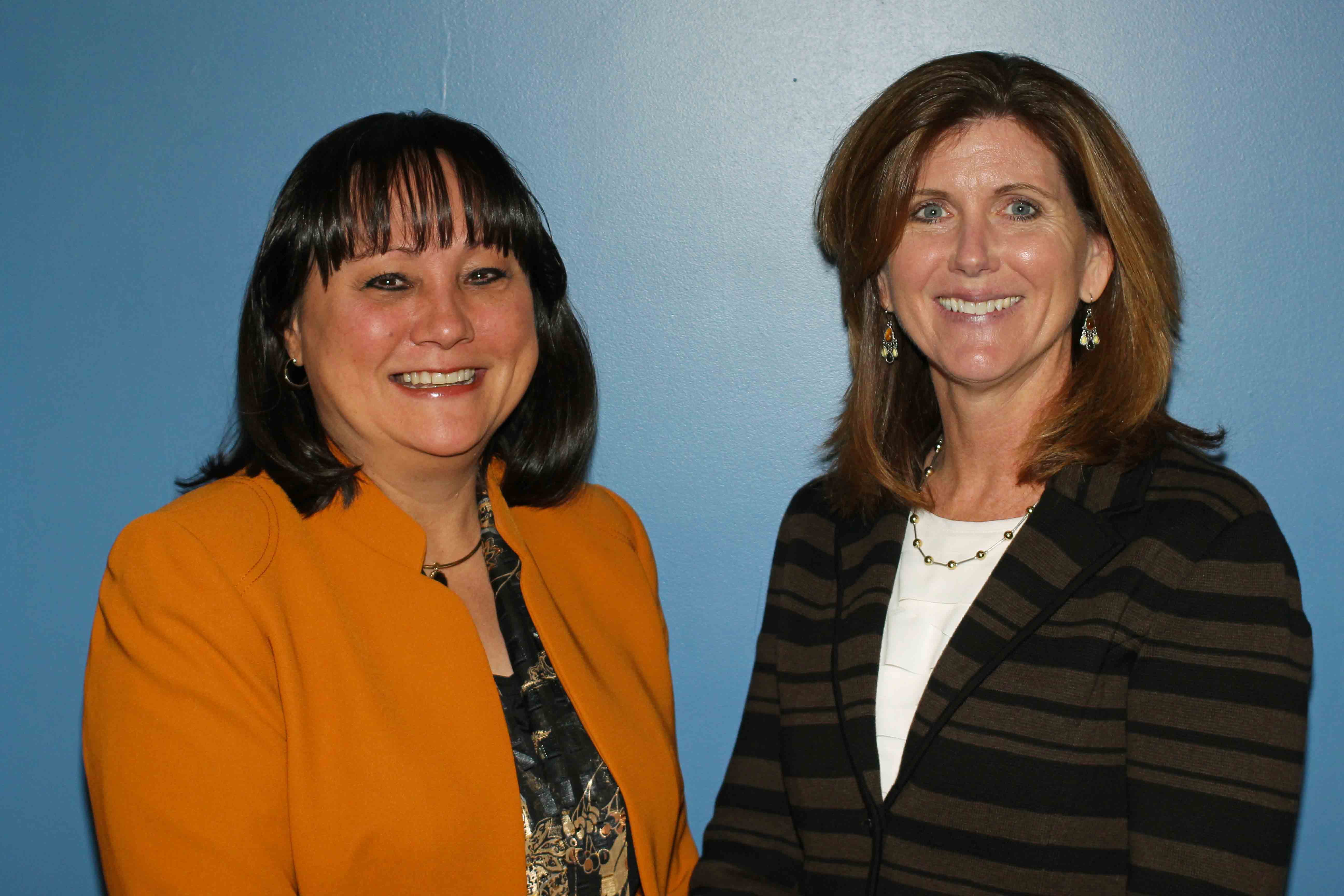 KEARNEY – Nebraska Court of Appeals judges Francie Riedmann and Riko Bishop, both University of Nebraska at Kearney alumnae, never aspired to have careers in law. But appetites for asking questions and solving problems pushed them both to change the path of their careers.
The judges were on campus Nov. 12 with Judge Frankie Moore to hear several cases and participate in a question and answer session with students, faculty and the community.
The Court of Appeals of Nebraska is the state’s second-highest court and reviews appeals from state trial court decisions. A decision of the Court of Appeals is final unless granted further review by the Nebraska Supreme Court. The six judges on the Court of Appeals issue an average of more than 350 written opinions each year.
The college campus initiative, designed by Court of Appeals judges, is intended to provide Nebraskans the opportunity to learn about the judicial branch, specifically the workings of the appellate level system. The Court has previously hosted arguments at Peru State College and Nebraska Wesleyan University.
Bishop earned her bachelor’s in English education in 1977 from Kearney State College before earning her J.D. from the NU College of Law in 1992. Bishop worked as an English teacher from 1978 to 1983 and as a creative writing instructor until 1985. She was a judicial law clerk for the Nebraska Court of Appeals from 1992 to 1993 before working as an attorney for Perry Guthery Haase & Gessford, P.C., L.L.O.
Riedmann obtained her bachelor of science from KSC in 1985 before earning her J.D. from Creighton University in 1993. Riedmann studied journalism and communications at KSC, and interned at KGFW Radio. After graduation, she worked as a law clerk and paralegal. From 1996 to 1999, Riedmann was an associate for Blackwell Sanders Peper Martin, LLP. Until 2012 she was shareholder and director at Gross & Welch, P.C., L.L.O.
Both Riedmann and Bishop were appointed to the Nebraska Court of Appeals by Governor Dave Heineman in 2013.
What does it mean to you to be on campus hearing cases and talking to students?
Riedmann – “I love the education part of this. We spend so much time with paper, and so much time alone in offices separately – every day it’s my two clerks and me. We just don’t get out very much. It’s so nice to do this type of thing where we actually get to interact with people. We don’t do the glamorous arm of the judiciary system, but we play an important role in our system.”
Bishop – “Being back on campus brings back a whole lot of great memories. It’s pretty special from a personal standpoint. From a professional standpoint, it’s great to be a part of the education process for kids here. To share some of our experiences and how our paths unfolded to where we are. It’s important for young adults to understand that they don’t have to make a lifetime decision today. They can change course many times if they want to.”
You both changed the direction of your career at some point. How did you decide to go into law?
Riedmann – “I never aspired to go to law school. We have no lawyers in my family. It was just never a thought. I would do the reporting covering courts and trials. But law school was so intimidating, which is why I went to paralegal school. Once I had been doing that for five years, I thought, ‘Yeah, I can do that.’ I think one thing I wanted to let the students know is that we walked these halls too. If this is really what you want to do, it’s very attainable.”
Bishop – “I was always intrigued by law, but in 1974 when I started college here the path for most women was be a teacher or a nurse. In the back of my mind, I was thinking law school would be awesome, but it just wasn’t feasible for me at that time. I have no regrets about my path because I feel like being a teacher helped me develop a lot of skills that become quite beneficial as a lawyer.

“There were always problems that I never knew the answer to, and I really wanted to find the answer. That’s what ultimately drove me to go to law school. The professional experiences that I had in business and as a teacher lit the fire even more for me to be a lawyer because of the things that came up that I couldn’t answer. I always want to find out how to solve a problem.”
How did your education at UNK help you succeed in your career?
Riedmann – “I couldn’t do what I do today if I didn’t have that foundation. That education of being in the news field makes you more inquisitive, and it makes you a little more assertive. Those are great qualities to have when you’re a lawyer.”
Bishop – “I was challenged a lot when I was here. Then becoming a teacher played an important role in wanting to become a lawyer. I just feel like having the opportunity to have a room full of one of the toughest audiences, is a tremendous experience. Learning to be in a room full of people who maybe were somewhat hostile toward the subject you were teaching, especially diagramming sentences. I learned how to get them to understand when they’re all looking at me with blank faces and disinterested faces. Those same skills I had to develop during all those years of teaching really carried well into the courtroom. As you’re trying to persuade a jury and a judge as to the facts of the law, I really feel like being a teacher gave me a comfort level and an appreciation for the different kinds of audiences I got, and to learn to be persuasive, but clear in how I told a story.”
What advice would you give to students?
Bishop – “You need to naturally want to solve problems. If you’re a lawyer, your life is about problems.”
What are some things that people would be surprised to find out about your job?
Riedmann – “How much work there is. I worked on the Court of Appeals as a law clerk when I was right out of law school, so I thought I had an idea of how much work there would be. I had no idea what the judges were really doing. There’s so much work beyond what the public sees.”
Bishop – “We don’t have deadlines. When you’re an attorney, you have a deadline, you have a trial date. For us, we don’t have any deadlines so I think there’s a misperception that we can work whenever we want at our own pace. But it is like that conveyer belt where it just keeps coming and coming and coming. Because of the workload we have, it is very fast-paced.”
What do you enjoy about your job?
Riedmann – “It’s like having my own library, only it’s not fiction. You can pick up any file and read a different story. The hard thing to remember is that these are really people. Our opinions impact those particular parties, but we also write to a much bigger audience to give some guidance to the practicing bar. I like the diversity. It’s my constant reminder of how little I know. It’s what keeps it very interesting.”
Bishop – “I truly love everything about it. I love the people that I work with, I love the judges, the clerks, the court staff. The work itself – there’s such a variety of legal issues that we deal with all the time. You would think at some point, between the Nebraska Supreme Court and our court, that we would have decided every angle of every legal issue out there but we haven’t. Whether lawyers are getting more creative or there are just issues that have never come up before, we’re seeing new things all the time.”
-30-