It’s been more than 20 years since a University of Nebraska at Kearney student-athlete walked into the training room and didn’t see Bill Murphy.

But that wasn’t always Murphy’s plan.

A 1992 graduate of the University of Nebraska-Lincoln, Murphy, who is now UNK’s assistant athletic director for sports medicine, came to Kearney as a graduate assistant. “I was originally thinking I was going to come in and move on to work at a Division I school,” he said.

For former UNK Athletic Director Dick Beechner, though, that wasn’t in the plans. After a year as a graduate assistant, Beechner named Murphy an assistant athletic trainer and promoted him to head athletic trainer the subsequent year.

The 2014-15 season marks the 20th year that Murphy is serving as UNK’s head athletic trainer. Part of the appeal in staying at UNK was the facilities.

“Coming from a Division I school with nice facilities, I wasn’t expecting much for Division II. This facility was built in 1990 so it was pretty new, and I was quite impressed with what the facility had to offer,” said of UNK’s Health and Sports Center and athletic training area.

There have been changes to the athletic training program at UNK since Murphy arrived, but none has been bigger than those with technology.

“Everything we do now is done on computers,” said Murphy. “That’s changed how we do all of our injury and rehab records and evaluations.

“Everyone has a computer and they’re all networked together. Fifteen years ago you never would have saw that.”

The athletic training program wouldn’t be feasible without the complement of a full staff. Assistant athletic trainers Roy Stutz and Whitney Ryan, along with three graduate assistants, help Loper student-athletes in the training room and at practice on a daily basis.

One of the biggest pairs of helping hands comes from the athletic training education program, run by Scott Unruh.

“The kids coming through the program give us the chance to not only help our athletes, but educate them too,” said Murphy. “If we didn’t have a student program some of the things that we do and provide would be much more limited.”

With 17 sports and more than 500 student athletes coming through the training room doors, Murphy gets the chance to have an impact on every student-athlete at UNK, and he stresses that to his staff. “I always say to my staff, whatever you do or say is going to affect someone, so let’s have a positive effect,” he said.

While seeing athletes return to action after being sidelined by injury brings great joy to Murphy, he remains a believer in the bigger picture of the student-athlete experience.

“Some of my greatest times have been from helping a kid come back from an ankle sprain or knee rehab and then watching them be successful on the field or court. That’s really neat and cool to do, but the bigger picture is the ability to have a positive influence on a student-athlete,” said Murphy.

Over the summer Murphy was named Assistant Athletic Director for Sports Medicine, a move that has allowed him to see the bigger picture from an athletic department standpoint, not just an athletic training perspective.

“It’s exciting for me because after you do something for 20 years it kind of spices things up.” 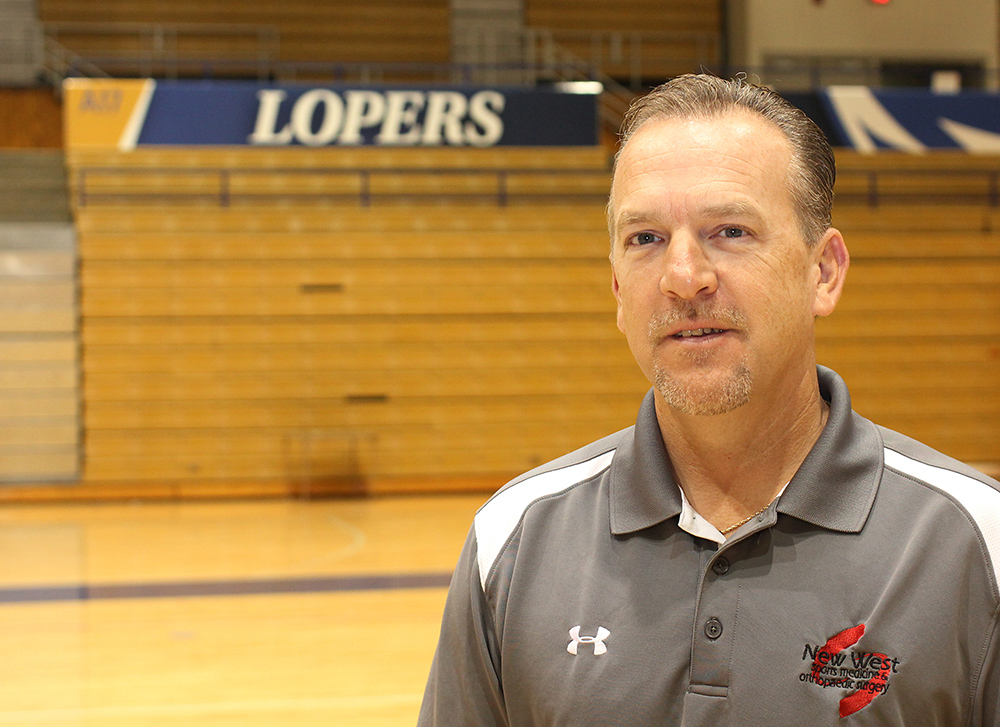