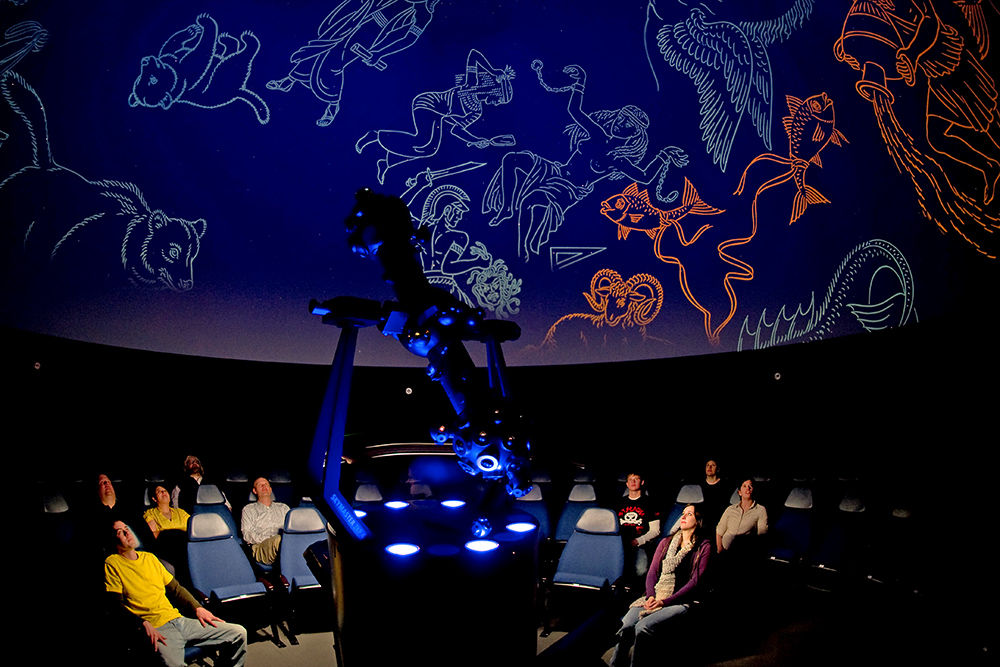 KEARNEY – Students look up into the darkness. As they gaze into the sky, they study the sun, moon, planets and more than 7,000 stars.

While Nebraska skies offer this opportunity to students and other astronomy lovers, the unique opportunity to view the night sky also is available at the University of Nebraska at Kearney Planetarium.

Five years since it’s completion, the UNK Planetarium is as popular as ever.

“We bring in a lot of schools. They come from within an hour’s drive to bring school kids … to experience what the night skies look like and learn a little bit about what might be out in the night sky,” said Lee Powell, planetarium director and professor of physics.

The planetarium, located on the UNK campus in Bruner Hall of Science, is a 60-seat public science theater with a 30-foot dome. It features a state-of-the-art Zeiss projector, surround sound and modern lighting and control systems used to create educational multimedia programs on astronomy and other topics. The projector can show the sky as it would be seen from any place on earth.

“The Zeiss projector is one of the more modern projectors that’s out there,” Powell said. “It uses fiber optics to project the stars and it very precisely positions those stars.”

The UNK Planetarium is operated by the Department of Physics and Physical Science. It was completed in 2009 as part of a $14 million state project to renovate and modernize Bruner Hall. A $600,000 NASA Education Grant helped fund the planetarium.

The planetarium is unique, Powell said, because most larger, modern planetariums tend to end up in bigger cities, rather than in smaller communities such as Kearney.

The planetarium hosts free monthly shows open to both students and the community.

Dan Glomski from the Edgerton Explorit Center in Aurora presents the shows. 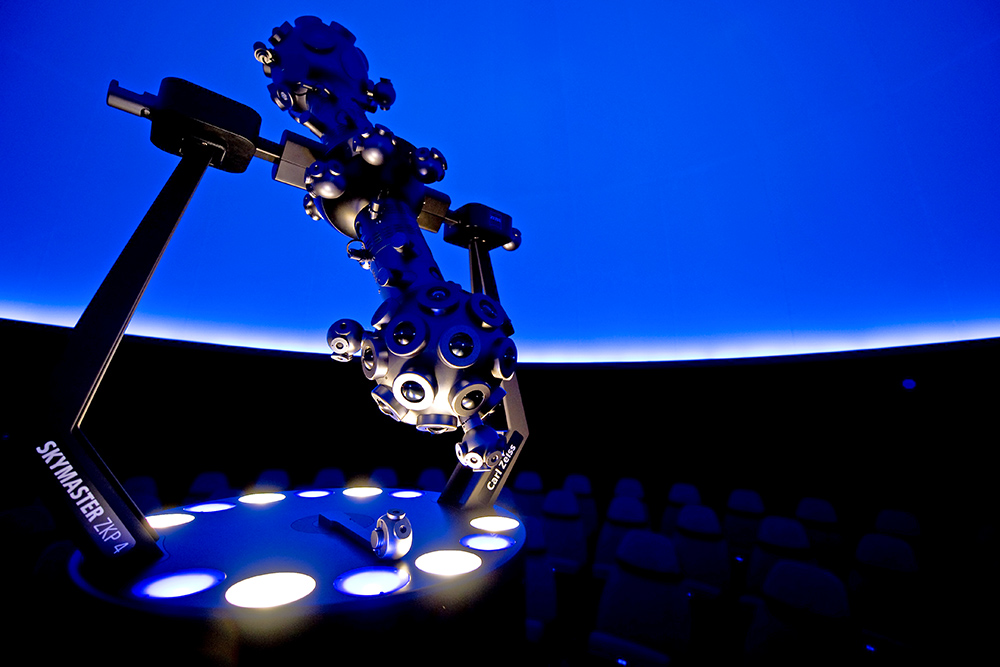 “At the heart the planetarium shows are traditional tours of the night sky, little more than the stars and a pointer,” Glomski said. “Planning that part of the show is simple – point out bright stars, constellations and planets seen at that time.”

Glomski often shows PowerPoints or videos to educate audiences about an upcoming eclipse or meteor shower. He tends to borrow teaching materials from the Edgerton Center, which he then incorporates into his shows.

Powell sees a lot of student interest in the planetarium, from residence halls and student organizations that visit to enjoy their own private light shows to others who visit for date nights.

“If I can get a few people to look up on the next clear night, I’m happy,” he said. “This is really a special place. There are not a lot of places as dark as this left in America or the world.”

SHOW SCHEDULE
The next light show at the UNK Planetarim is at 7 p.m. Dec. 12. It will explore the topic of binocular astronomy, describing “the advantages of binoculars over telescopes for stargazing and picking out a few celestial sights especially well-suited for binocular viewing.” Tickets are available on a first-come basis. Schools or organizations wishing to book a show are urged to contact the physics department office at (308) 865-8277. 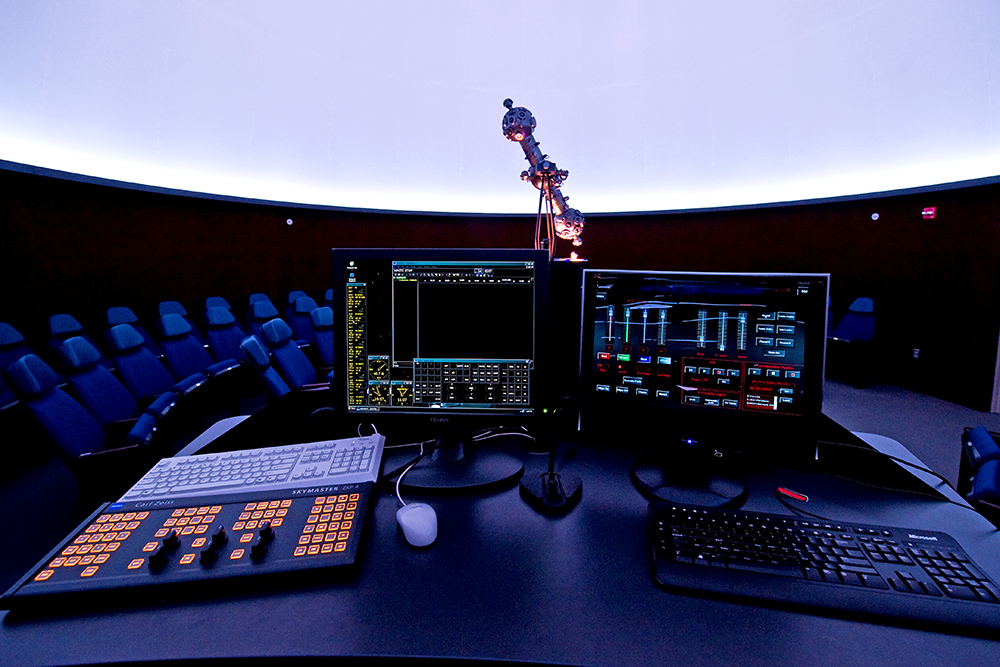