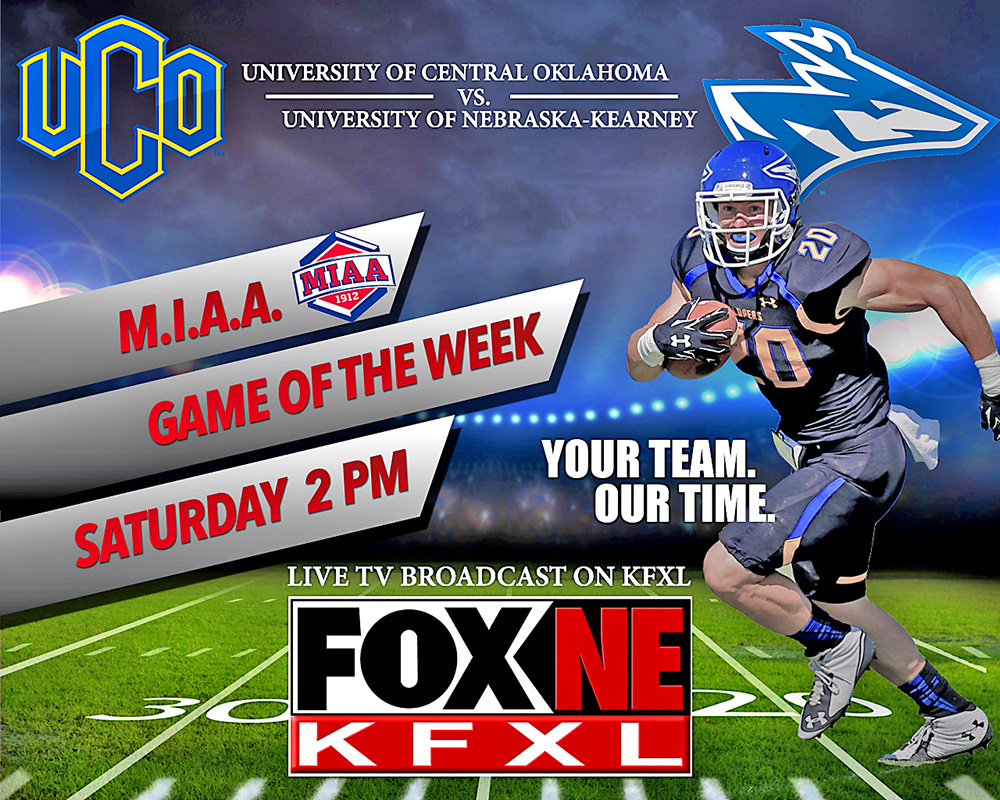 KEARNEY, Neb. – The University of Nebraska at Kearney football game against Central Oklahoma on Saturday is being televised on FOX Nebraska KFXL, which serves Kearney and most of central Nebraska.

The 2 p.m. broadcast is the Mid America Intercollegiate Athletics Association Game of the Week and will originate from UNK’s Foster Field at Ron and Carol Cope Stadium.

Charter Communications customers in the Kearney area and other FOX markets in the region can find the game on channel 4. The game will air on channel 17 for Direct TV and Dish Network subscribers.

In Omaha, fans who have Cox Cable can watch the Lopers and Bronchos on channel 126.

The game also is broadcast on the MIAA Television Network, which includes KSMO-TV in Kansas City, Cox Communications Kansas 22 and other outlets across the MIAA footprint.

UNK’s season opener at Northwest Missouri Stat also was the “Game of the Week.” Since joining the MIAA in 2012, this will be the fifth time the Lopers have been part of the weekly MIAA TV package.