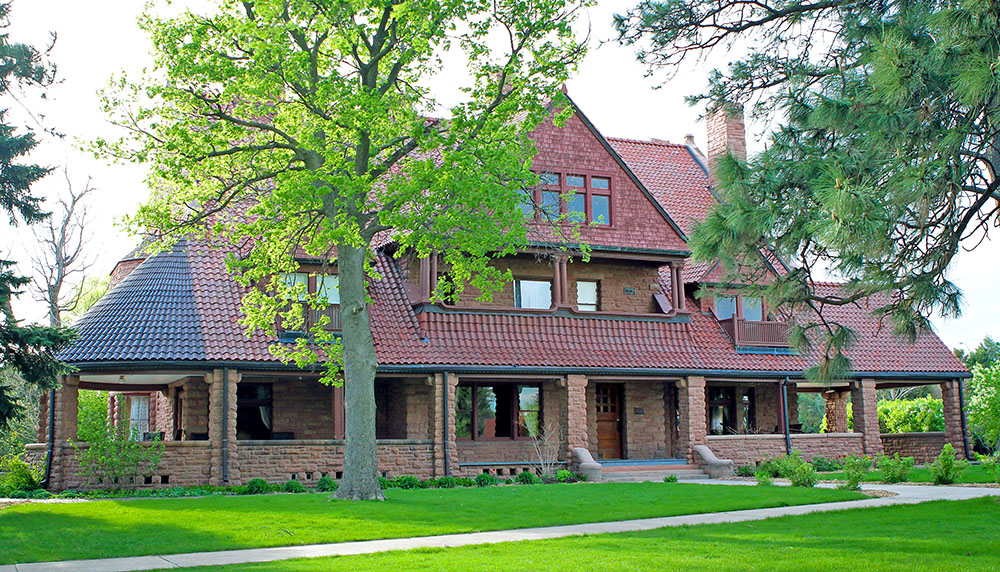 KEARNEY – The public is invited to share in Kearney’s history and culture on Saturday when the University of Nebraska at Kearney hosts Celebrating 125 Years of the Frank House.

The event includes tours of the historical home from noon to 6 p.m., and 1:30 p.m. opening remarks by Chancellor Doug Kristensen.

“We’re going to reawaken the campus and community to the history of the Frank House,” said Frank House Coordinator Will Stoutamire. “The mansion is older than campus and an important landmark in the community.”

Located at the west end of the UNK campus, the Frank House was built in 1889 by George William Frank Jr. as a gift for his parents, George Washington Frank Sr. and his wife, Phoebe. The Franks ran a successful mercantile and real estate business, and George Frank Sr. was a conductor on the Underground Railroad.

Saturday’s event will feature an exhibit with never-before-seen photographs and artifacts from Frank House collections. The exhibit will remain open to the public through the end of the year.

The event also features a video tour, which was recorded by the first curators of the Frank House in 1990.

Tours of the Frank House gardens will be given by members of Soil Sisters and Misters, an organization that takes care of the gardens at the mansion.

Sixteen unique Frank House objects, including a dance card dated back to 1900 and a French urn from the 1770s, will be spotlighted throughout the mansion.

The event is free and open to the public. Refreshments will be served.

The Frank House is open from 2-5 p.m. Monday through Friday and 12-5 p.m. Saturdays. For more information, go to www.frankhouse.org.

Frank House Timeline
1831 – George Washington Frank was born in Warsaw, N.Y. He trained as a doctor, ran a successful mercantile and real estate business, and was a major conductor on the Underground Railroad.
1854 – George Washington Frank married Phoebe McNair, a direct descendant of William Penn, the original proprietor of Pennsylvania. She worked as a teacher. George and Phoebe had four children – Sarah, Augustus, Jeanie and George William.
George William Frank and Augustus helped run the family mercantile business and invested in real estate of their own. Augustus eventually served as a U.S. Congressman during the Civil War and was instrumental in passing legislation to outlaw slavery. 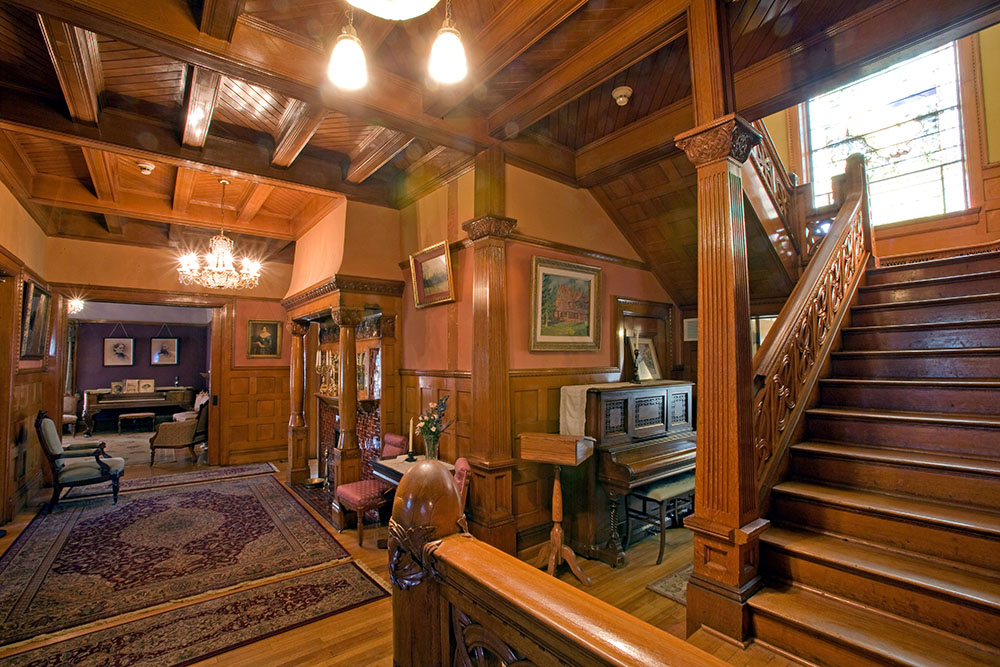 1869 – The Franks moved to Corning, Iowa, which was then the western end of the Burlington Railroad. George Washington Frank and his business partner, Lee Darrow, bought and sold real estate in Iowa, Missouri and Nebraska.
1871 – George Washington Frank made his first trip to Kearney and purchased 1,042 acres of land from the Union Pacific Railroad. George first heard about the area from his cousin, Col. W.W. Patterson, who was employed by the C.B. & Q. Railroad to locate a suitable place to create a junction between the C.B. & Q. and Union Pacific.
Col. Patterson surmised that the Platte River and its underground water supplies could be used to create electrical power and irrigate farming lands.
1885 – George Washington Frank invested in what eventually became the Kearney Canal.
1887 – The Kearney Canal first produced power. The opening of the canal allowed Kearney to be transformed from the desolate prairie and small fort that George had seen in 1871 to a booming industrial town with over 100 manufacturers. The George W. Frank Improvement Company ran the power plant and canal and the electric street system.
1893-94 – The depression and financial panic followed by a drought bankrupted the Franks and much of the industry in Kearney. George Washington Frank, now in his seventies and in poor health, lost his fortune and his assets were divided among his investors.

1889 – Architect George William Frank designed what is now known as the Frank House for his parents, George Washington Frank and Phoebe. During its construction, the Frank House was the first west of the Missouri River to be wired for electricity, and it featured steam radiators and indoor plumbing.
1900 – Phoebe passed away at the age of 68. George moved in with his sister, Jeanie, and her family in Lincoln.
1906 – George Washington Frank died at age 76. He was buried in the Warsaw Cemetery in Warsaw, N.Y.
1907 – After exchanging ownership numerous times, the Frank House was purchased by Ole and Georgina Grothan, a husband and wife medical team who converted the house into the Grotham Elmwood Sanitarium.

1911 – The Frank House became part of the Nebraska State Tuberculosis Hospital and was used as living quarters for the hospital’s staff until 1971. At the same time, the hospital grounds were acquired by Kearney State College.
1973 – The home was placed on the National Register of Historic Places.
Today – The Frank House serves as a history museum featuring photographs and artifacts from the Franks and others who lived in the house. Events such as Saturday at the Frank House, an annual Easter egg hunt, tea parties, concerts and other events and celebrations take place at the house. The Frank House is open for tours from 2 to 5 p.m. Monday through Friday and 12 to 5 p.m. Saturdays.