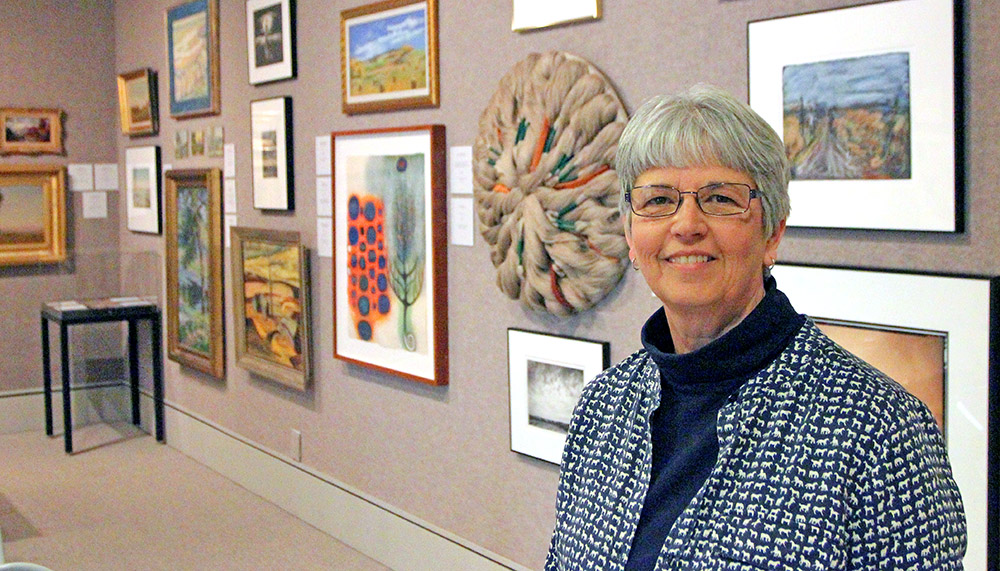 KEARNEY – Jean Jacobson, collection coordinator for the Museum of Nebraska Art, received the University of Nebraska Board of Regents Kudos award on Jan. 24. Jacobson has worked at MONA for 20 years.

Jacobson is “Quiet, kind and thoughtful by nature,” said MONA Director Audrey Kauders. “Much of her work is done behind the scenes, but the museum would not function well without her.”

KUDOS awards recognize UNK staff who go “above and beyond,” and for their service and contributions to the university.

Jacobson’s responsibilities include conducting research on artists; cataloging, making condition reports, labeling, and housing museum artwork; maintaining the collection database; assessing and arranging conservation needs; tracking location and movement of artwork; and processing outgoing loans from MONA’s collection to other museums and institutions – including many rare and valuable pieces.

Jacobson was recognized and given her KUDOS award at the Board of Regents meeting, which also was attended by UNK Chancellor Doug Kristensen; her husband, Jake; and daughter, Crystal Jacobson.