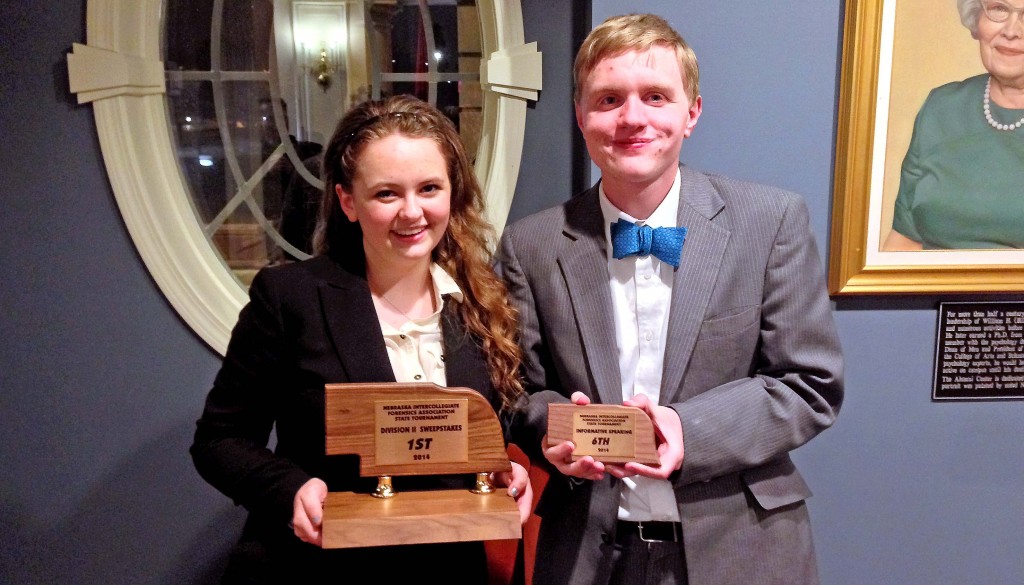 A sophomore English major from Omaha, Plumb’s topic was about cultured meat grown out of a petri dish. He placed sixth while competing against nearly 30 entries from other colleges and universities.

Plumb and freshman athletic training/pre-physical therapy major Sara Cooksley of Anselmo also combined to lead UNK to a first-place finish in the Division II Team Sweepstakes. The team sweepstakes is decided by points collected from all individual performances.