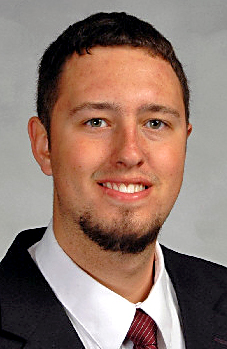 A senior at the University of Nebraska at Kearney from Imperial, Schuman currently serves his chapter as president and social media chair. He has also served his chapter in previous positions such as internal vice president, continuing educator, secretary, recruitment committee, Race for the Cure Chair and as the Make a Wish Foundation Video Game Tournament Chair.

Schuman was initiated into the Iota Gamma Chapter of Pi Kappa Alpha in 2009.

In being named Pike of the Month, he was recognized for erasing the chapter’s debt by raising dues for the first time in five years, setting concrete deadlines for dues, establishing early pay discounts and creating a late fee for dues not paid on time.

Schuman also created a membership contract that established minimum standards for each member to complete 30 community service hours, maintain a grade point average above 2.75, have 100 percent meeting attendance, participate in intramurals and get involved in at least one campus organization.

Outside of the chapter, Schuman is the Loper Legion Greek Consultant, where he organizes Greek Life to support UNK athletic teams. Schuman has also been active as a Theta History Honorary, Loper Liasion, Student Diplomat, IFC Vice President of Public Relations and Order of Omega Greek Honorary.

Outside of school, Schuman works with Arc of Buffalo County, a private nonprofit that provides assistance to people with developmental disabilities and their families.

Schuman will graduate in December with a degree in organizational communication. He plans to attend graduate school to receive his master of science in education in school counseling-student affairs. He aspires to become Dean of Student Affairs and would like to volunteer as a chapter advisor in the future.