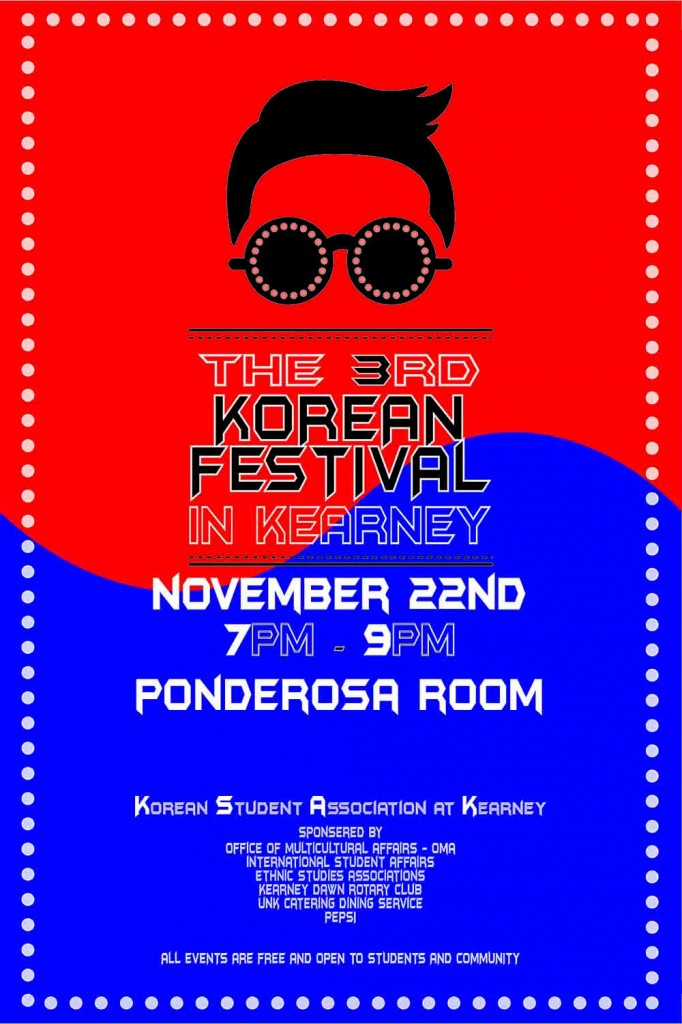 KEARNEY – The annual Korean Festival at the University of Nebraska at Kearney will leave students with valuable information and an enriched sense of culture, all under the disguise of a bustling celebration.

The Korean Student Association at Kearney will host the third annual festival on Friday (Nov. 22) in the Ponderosa Room of the Nebraskan Student Union. The doors open at 7 p.m. and it is free and open to the public.

A Korean-style meal will be served at the start of the event, which proved to be one of the main attractions from previous years. From there, guests will be able to freely move about the room to experience more about the Korean culture. “There will be games, quizzes and performances such as dance and a play,” said Ahyeong Yang, treasurer for KSAK.

“Tuho” is one of the games that will be available for guests to play. It is similar to a ring toss, but in this Korean version, arrows are tossed into an ornate vase instead.

“We try our best to show the Korean culture to the community,” said Jaekeun Cho, advisor of KSAK. “Last year our students mimicked a performance by Psi, a popular Korean music artist,” he said. “They tried showing that kind of influence from Korea, and many people like that sort of thing.”

Cho expects to have a very large crowd because of the successful turnout from last year. “The people from Nebraska, it’s kind of like living in the middle of nowhere, and our Korean students come from thousands of miles away,” he said. “Hopefully everyone can come and see the Korean customs and atmosphere for something new.”