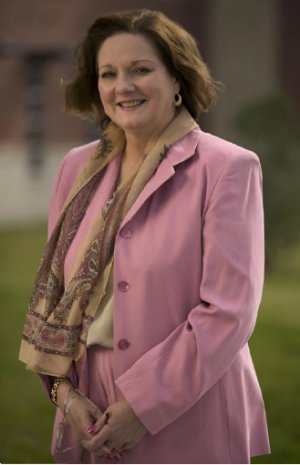 From a distance, a tractor working a wide prairie field is a bucolic scene of country life. Closer, inside the vehicle’s cab, is some thing else—a deafening whirl of machinery and engine noises.

When Dr. Kenya Taylor, dean of graduate studies and research at the University of Nebraska at Kearney and a specialist in audiology, came to Nebraska ten years ago from Dallas, she made an alarming discovery: Nebraskans have staggeringly higher levels of hearing loss than the individuals she had tested in Texas.

And this noise induced hearing loss knows no age discrimination. It affects not just the older male farmers working extensively with equipment, but their families. Teenagers are not immune, and signs of hearing loss even appear in children as young as age seven.

It didn’t take Dr. Taylor long to determine the reason for high incidence of hearing loss: agriculture machine and animal-related noise. Dr. Taylor has been studying this unique aspect of hearing loss and its preventability ever since.

Since coming to Nebraska, Dr. Taylor has made part of her life’s work the mission of informing rural Nebraskans about the threat to their hearing and giving them tools to slow the damage. Because the mechanism of fine hairs that allow humans to discern sound waves as recognizable data is so delicate, any damage is generally irreversible. The only effective treatment, Dr. Taylor says, is preventing the damage in the first place.

To get the word out and to conduct in-field research, each year she attends agricultural events like the Husker Harvest Days to conduct hearing tests, and spread the word of the slow, painless, but devastating problem. And she hands out earplugs to anyone who will take them.

Since coming to the University of Nebraska, Dr. Taylor has tested about 7,000 people, with 1,500 of them having their hearing measured more than three times. Of this group, about two hundred use ear protection regularly—an excellent base to test the results of such hearing conservation techniques.

Why farmers and their families? Dr. Taylor points out that farming is the only major job category with no federal requirements for hearing protection. Other workers in high noise professions, miners and airline workers, have strictly regulated procedures for preventing hearing loss.

Adding to this is the progression of long-term hearing loss. Exposure to damaging noise is painless and can take years. No symptoms are noticed until the individual experiences an inability to fully comprehend speech. Other problems that can occur include tinnitus (a ringing in the ear) and an intolerance to loud sounds. Also, while the hearing loss victim may hear at reasonably normal audio levels, the capacity to discern words or to follow rapid speech may be diminished. Individuals who lose their hearing entirely are condemned to a more solitary life, unable to participate in the full range of human communication.

Some sufferers can be helped through hearing aids, aural rehabilitation, speech reading and other assistive listening devices like cochlear implants.

Hearing loss can also affect a person’s balance. A person who has trouble hearing is at a competitive disadvantage in the workplace.

Field Research in the Field

Dr. Taylor’s mobile unit is equipped with a complete audiometric test booth and equipment. The van was purchased in 2000 by the Nebraska Safety Center. The UNK Speech-Language-Hearing Clinic provided the soundproof booth and the audiometric equipment. Additional grants through the Safety Center allowed the team to upgrade the computer and software for the van.

“The software allowed us to track individual tests,” she said. “For example, if I tested you today and printed out the test, the software would pull up and print every test that had ever been done on you. The importance of this is that we are able to track your hearing loss as it progressed, or monitor the efficiency of ear protection devices.”

Dr. Taylor’s research is important, as there is not a lot of scientific data available on hearing loss in agricultural populations.

“Most of the literature has been provided by other countries,” she said. “Some of these have researched noise induced hearing loss in students and some have looked at levels of noise in different agricultural environments. Very few, if any, have researched the long-term effects of using ear protection. This is partly because it is difficult to find a fairly large population of agricultural workers who are available for testing. This is one reason why Husker Harvest is a ‘gold mine’ for this type of research.”

One positive byproduct of the research is that it is increasing awareness. “The data indicate that the progression of noise induced hearing loss can be stopped with the use of hearing protection,” Dr. Taylor said. “For example, if an agricultural worker has some hearing loss due to noise exposure and decides to use hearing protection because that worker understands the threat, then the hearing loss will not progress. The loss that was already in place is permanent and will not improve, but there should be no further loss due to noise.”

The most effective method of hearing protection is through use of earplugs, headphones or custom made protectors. But that’s not always an easy sell. Many agricultural workers do not like to use ear protection. They claim it is dangerous not to be able to hear. Such protection is also considered hot and uncomfortable.

Luckily, new ear protection earplugs and headphones are coming on the market that allow any sound up to 85dB to pass through, but block any sound louder than 85dB. “This type of protection allows the person to hear what’s going on around them, but protects them from noise louder than is safe,” Dr. Taylor said

Dr. Taylor is currently studying threshold shift, the degree to which hearing is muffled after exposure to loud noises for a prolonged period, by testing concert- goers who have listened to a live rock band for a half hour, an hour, and hour and a half and two hours.

Noise levels in rock and roll bars, Dr. Taylor found, can reach 125 db, the threshold of pain and roughly equivalent to the highest farm noise levels, particularly inside closed tractor cabs. Generally, 85 db is considered the limit of “safe” noise.

Like the farm results, the data was shocking with significant short-term hearing impairment and discernable long-term problems.

The rock and roll study is an intriguing one to Dr. Taylor. With her initial studies, the research can go any direction she wants, including testing the effects of alcohol on temporary threshold shifts and on permanent hearing loss.

Dr. Taylor’s research into agricultural threats that are hazardous to hearing is currently under review for publication in a professional journal.

More than one hundred students have participated in Dr. Taylor’s research program over the past ten years. These students have hands-on exposure administering hearing tests, evaluating the collected data and presenting the results. It is an opportunity for them to help Dr. Taylor spread the word that even seemingly bucolic scenes can mask a silent enemy.”