Tanner Cooper of Firth, Ella Ferguson of Springfield and Liah Haines of Lexington are this year’s recipients of the prestigious scholarship, awarded to the top scholars admitted to the UNK Honors Program.

Offered by the Honors Program and supported by the Omaha World-Herald and Kearney Hub newspapers, this scholarship is one of the premier academic awards at UNK. It covers room and board, tuition and fees and books for up to four years. Students must have a GPA of at least 3.85 and an ACT score of 30 or better to qualify.

A total of 221 students applied for the scholarship, now in its 38th year, and 40 were interviewed by the selection committee before the three recipients were chosen.

“We are fortunate that we had the privilege to review applications from a group of incredibly talented high school students. The stories of academic motivation and intellectual curiosity are uplifting,” said associate professor Angela Hollman, director of the UNK Honors Program.

“The Honors Program appreciates the commitment these three academic leaders will bring in fall 2022.” 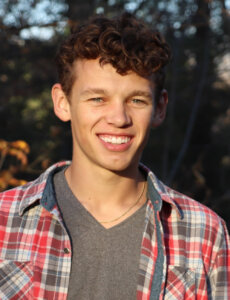 He volunteers with the Norris Neighbors youth mentoring program. 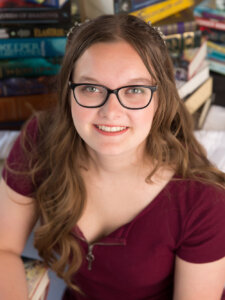 She volunteers with the Zoo Crew at Omaha’s Henry Doorly Zoo and Aquarium and as a counselor at the Manna Resort Christian Camp. 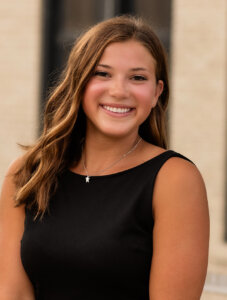 Haines is a senior at Lexington High School, where she’s involved in National Honor Society and student council. She’s the yearbook editor and a state journalism award winner, and she competes on the volleyball, dance and track and field teams. Haines is a state qualifier in track and a National Dance Alliance All-American.

She volunteers with YMCA youth volleyball and the Circle of Friends mentoring program.