KEARNEY – Sisters Rosio and Elbira Cuin-Avilez learned that a college education was possible when they attended the University of Nebraska at Kearney’s annual Nebraska Cultural Unity Conference as students at Wood River High School.

“It was kind of exciting because we got to learn a little bit about college scholarships, and other Hispanics encouraged us to go to college,” Rosio said. “It was nice to hear their experiences and what it’s like to go to the university being first-generation students.”

The Cuin-Avilez sisters applied for scholarships because of the encouragement they received at UNK and from their parents, who are Mexican immigrants. Elbira, who is studying criminal justice, was awarded the Susan Thompson Buffett Foundation Scholarship. Rosio, a double major in marketing and Spanish interpretation, has a scholarship from UNK’s Office of Student Diversity and Inclusion.

The sisters and a dozen other UNK students led icebreakers and talked about their experiences as diverse students during breakout sessions. The nearly 150 high schoolers in attendance learned about the admissions process, financial aid, academic programs, Fraternity and Sorority Life, Student Support Services and other resources. They were also able to tour campus.

Ashley Olivas, assistant director for enrollment events and outreach, said the Cultural Unity Conference provides a great opportunity for students to learn more about higher education and the resources available at UNK.

“Diversity and inclusion are so incredibly important because our world, local communities and student populations are increasingly diverse,” said Olivas, who organized the event. “We need to create welcoming and affirming spaces during the recruitment process and let these students know they have a home here at UNK.”

Grand Island Senior High School junior Clarisa Lopez is one of those students who feels at home with the Lopers. A repeat attendee of the conference, Lopez said she came back because “it feels like a family here.”

Lopez, who plans to study criminal justice, also looked forward to touring campus and seeing where her classes would take place.

GISH was one of several schools that brought large groups of students to the event. Others included Crete, Lexington and Wilber-Clatonia.

Maria Trejo, a GISH teacher who works with English language learners, has brought students to the conference for four years. She said it’s a good opportunity for them to meet other minority students from Nebraska.

Trejo also wants them to learn more about college.

“The graduation rates in minority groups aren’t the greatest,” she said. “I think we can raise it if we do more awareness during high school and provide them with more experiences.”

For the Cuin-Avilez sisters, their pursuit of a college degree has already provided an example for their three younger siblings and a sense of pride for their parents.

“I’m glad we came to the university because of all the sacrifices our parents made,” Rosio said. 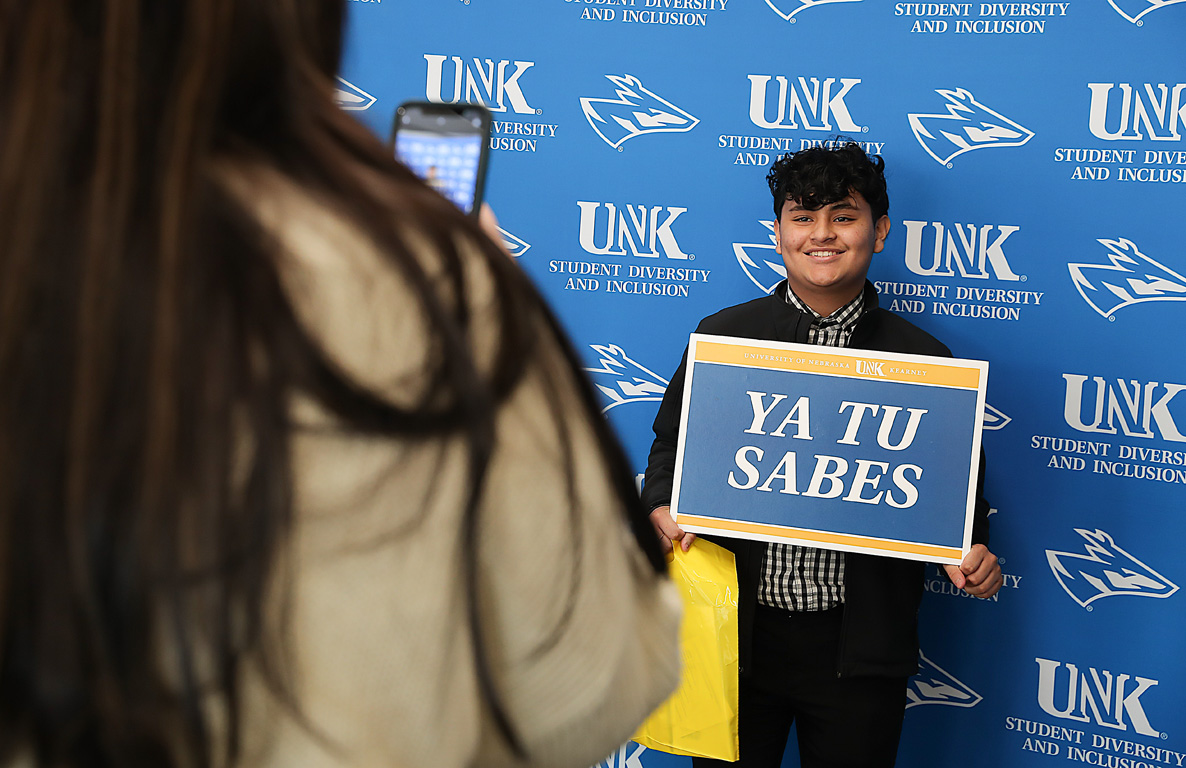 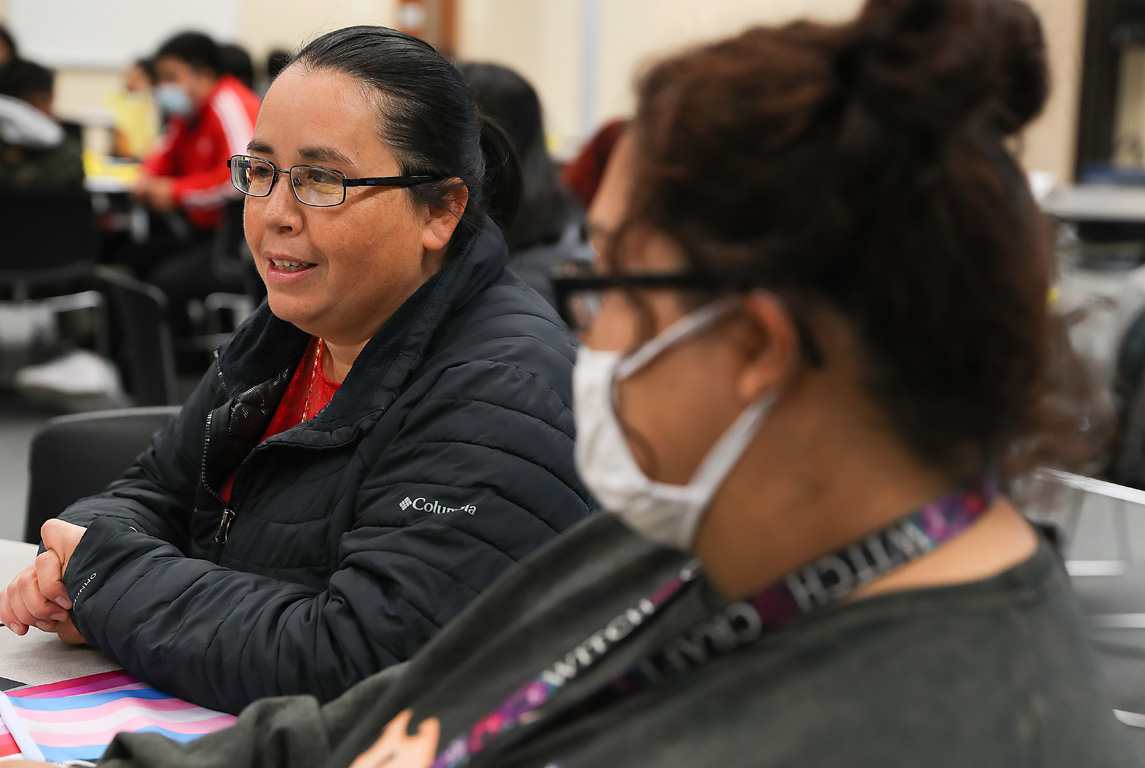 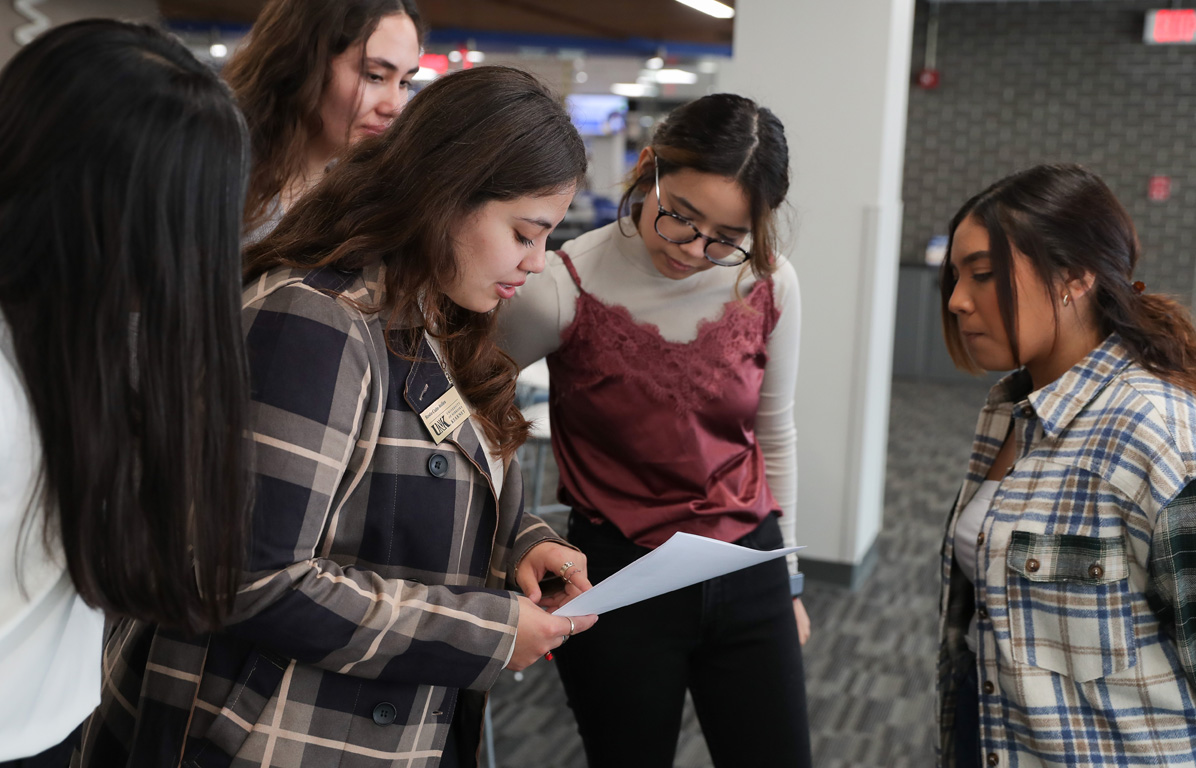