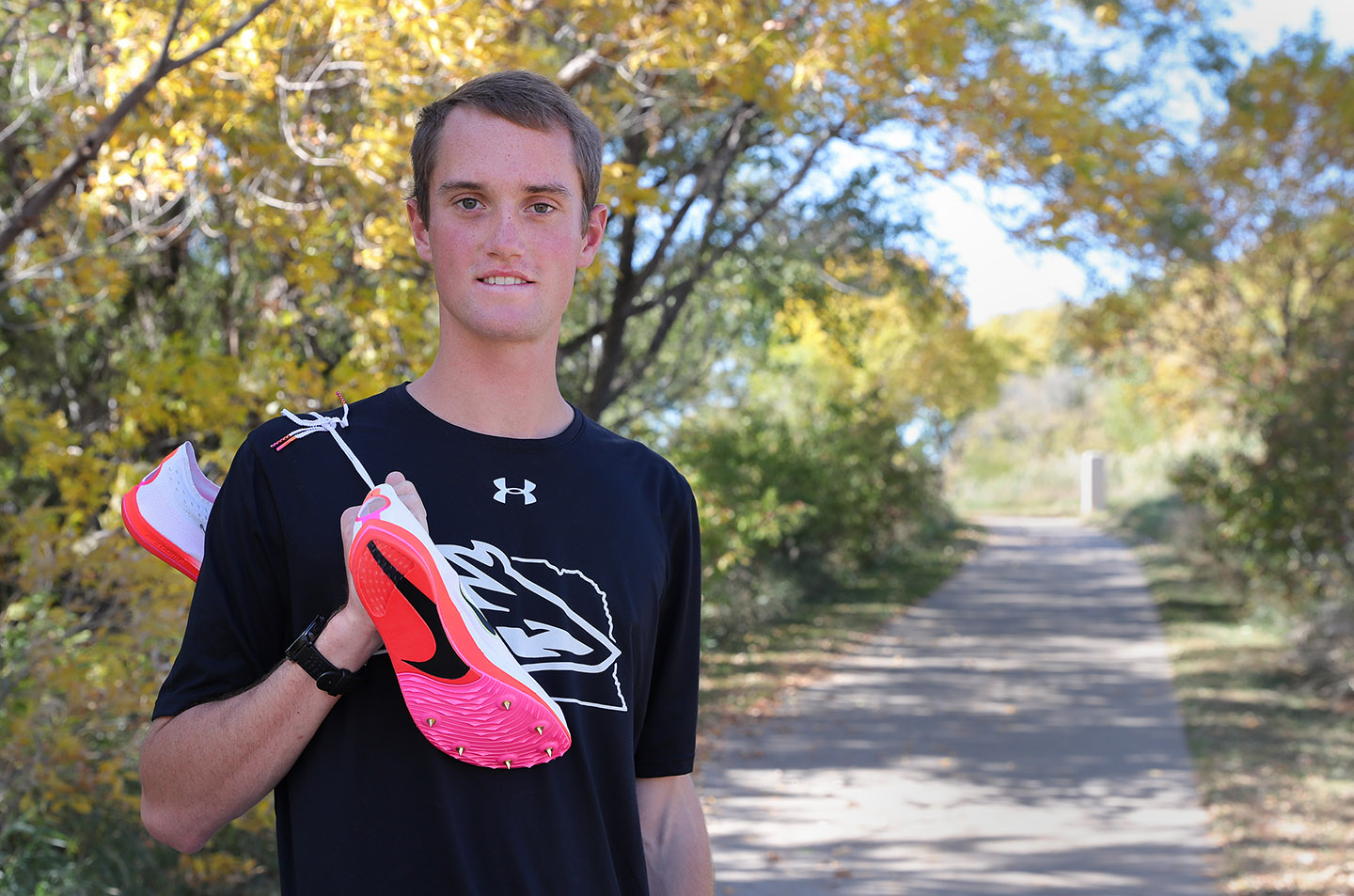 Admission is free for both races. Parking and course information is available here.

The University of Nebraska at Kearney senior approaches both aspects of his life with the same level of dedication and determination.

“You always have to try to push yourself to be the best you can be,” he said. “In academics, when you’re trying to compete for a spot in medical school, you have to shape that resume and you have to do everything you can to put yourself in the best position. I think that’s the same with running. You have to be able to dig deep and put yourself in a position to win, even when it’s hard. Even when it’s painful.”

For Stuckey, there’s nothing more satisfying than testing the limits of his body and mind.

As a member of the UNK track and cross country teams, there’s little downtime for the York High School graduate. He competes in the fall, winter and spring seasons while training year-round.

The only thing that changes is the distance he’s covering. 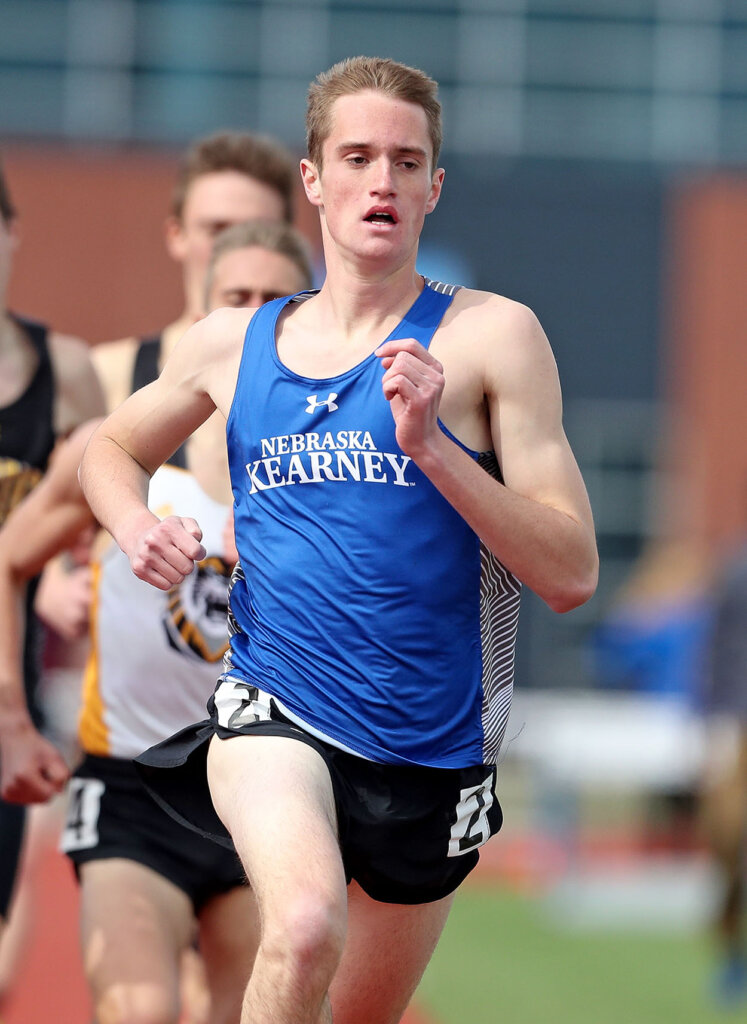 Stuckey proved that in high school by winning one Class B state title in the 1,600 and two in the 3,200. He also won the Class B state cross country meet as a senior in 2017.

His range expanded even farther at UNK, where Stuckey ranks inside the top 10 in school history in six different track and field events.

He was part of the distance medley relay team that posted a time of 9 minutes, 55.17 seconds to set new meet and school records at the 2020 MIAA Indoor Championships. The UNK squad, which featured Stuckey, Nate Pierce, Seth Simonson and Jeron Tuttle, missed qualifying for the NCAA Division II Indoor Track and Field Championships by three-hundredths of a second.

A year later, Stuckey teamed up with Simonson, Micah Swedberg and Cole Willis to set the school record a second time. They finished the relay in 9:54.93 during the 2021 MIAA Indoor Championships in February.

The highlight of Stuckey’s career – so far – came less than three months later, when he qualified for the Division II Outdoor Track and Field Championships by finishing the 1,500 in 3:44.24. That time broke a school record he established the previous week.

“That was pretty big,” Stuckey said. “If you would have asked me in February how I thought that season would go, I probably would have never guessed that.”

One of five Lopers who competed in the Division II Outdoor Championships, Stuckey used a late kick to finish fourth with a time of 3:53.45. He joined Tom Magnuson (1995) as the only UNK men to earn All-American honors in the 1,500. Stuckey was an All-Central Region performer in both the 800 and 1,500 that season. 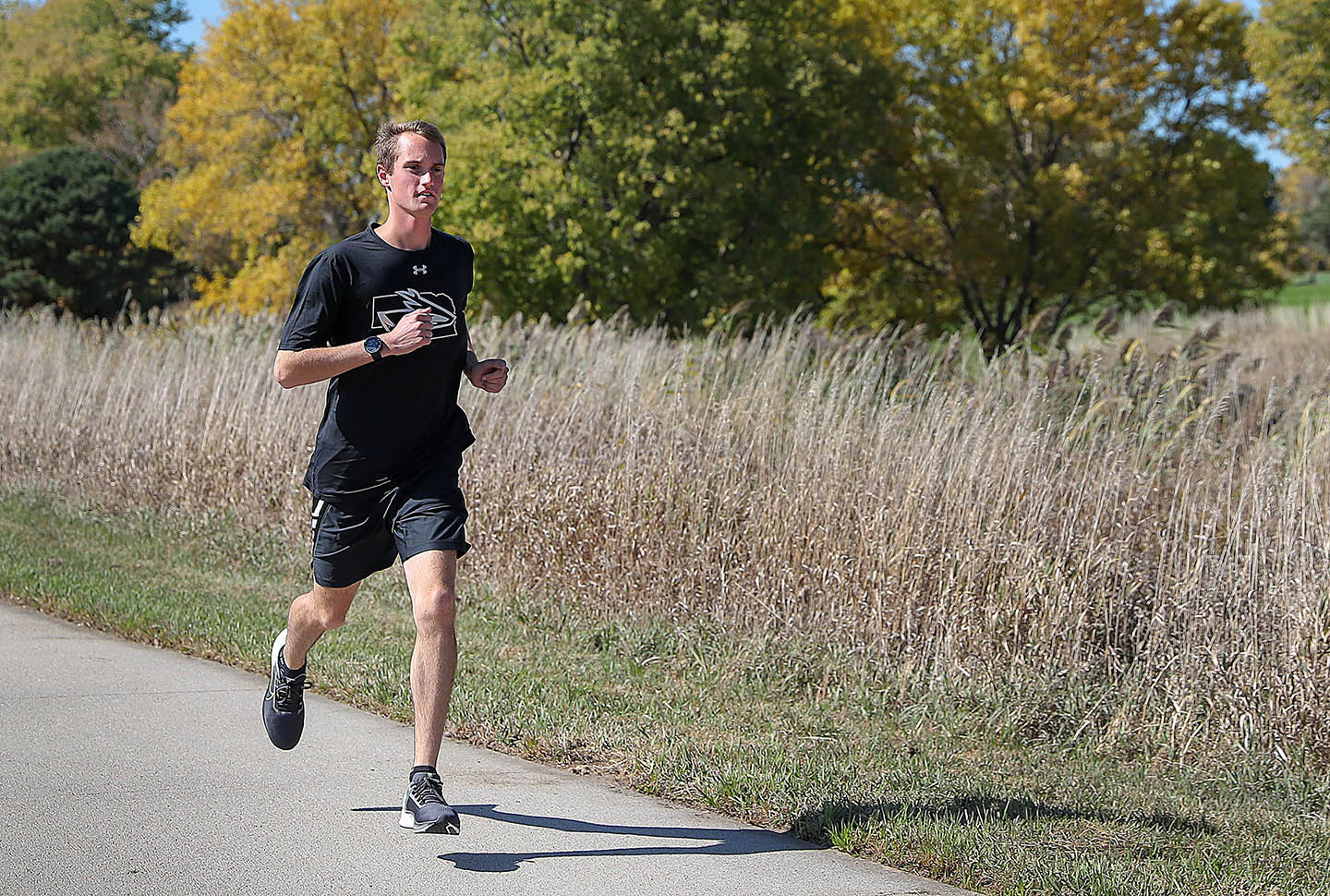 The McCool Junction native has been nearly as impressive as a cross country runner.

During last year’s unofficial season, he placed third at the UNK Invite and fourth at the Newman Team Championships. The Lopers took the team title at both events to qualify for the Division II National Invitational, where they capped the abbreviated campaign with a fifth-place showing.

Stuckey wasn’t able to compete in the final meet because of COVID-19 contact tracing. 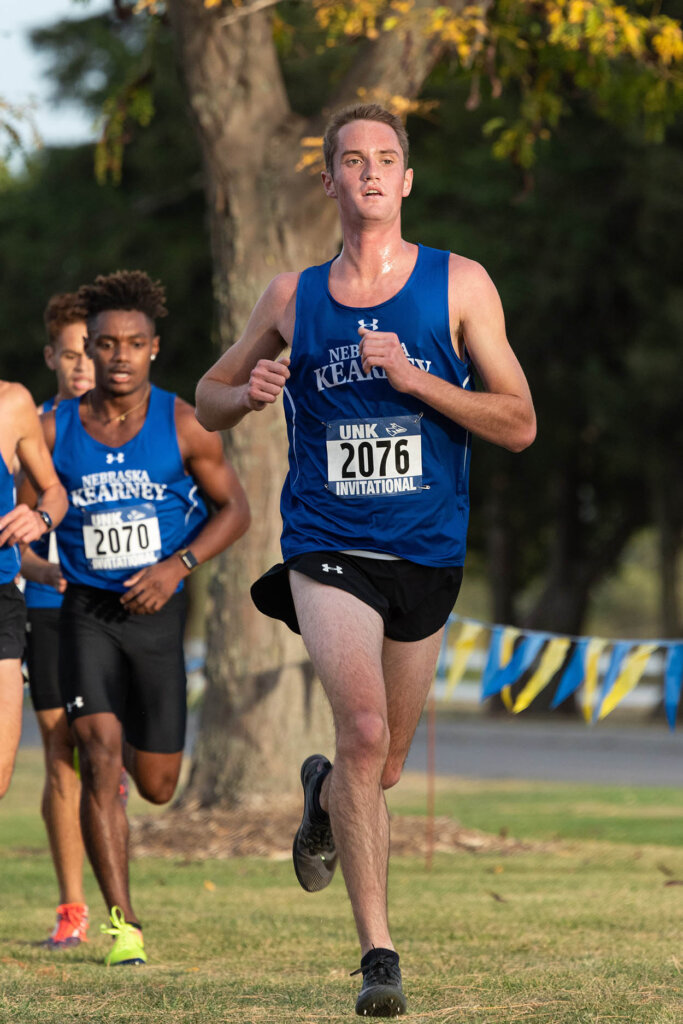 “That was pretty unfortunate,” he said, “but I guess there are worse things.”

After watching some athletes lose their final season to the pandemic, he gained a new perspective.

“Nothing is guaranteed,” he said. “I need to take every opportunity I have and just run with it.”

That’s exactly what the Lopers plan to do Saturday, when they host the MIAA Cross Country Championships for the first time. The men’s race features four nationally ranked teams, including No. 24 UNK, which has finished in the top five of every event this season.

Stuckey is coming off an 11th-place finish at the Fort Hays State Tiger Open, where he completed the 8K course in a career-best time of 24:32.26.

He called the Lopers “extremely talented.”

“This year we’re really thinking we can qualify for nationals, so it’s exciting to be part of that goal,” said Stuckey, who appreciates the team aspect of cross country.

“I just remember that my team needs me and I’m playing a role on a team rather than just trying to improve my own time,” he said. “Something about that is kind of an extra motivation factor.”

Although he’s not the most vocal leader, Stuckey’s mindset and work ethic definitely rub off on his teammates.

“I can tell you every single guy on our team has a tremendous amount of respect for him,” Bonsall said. 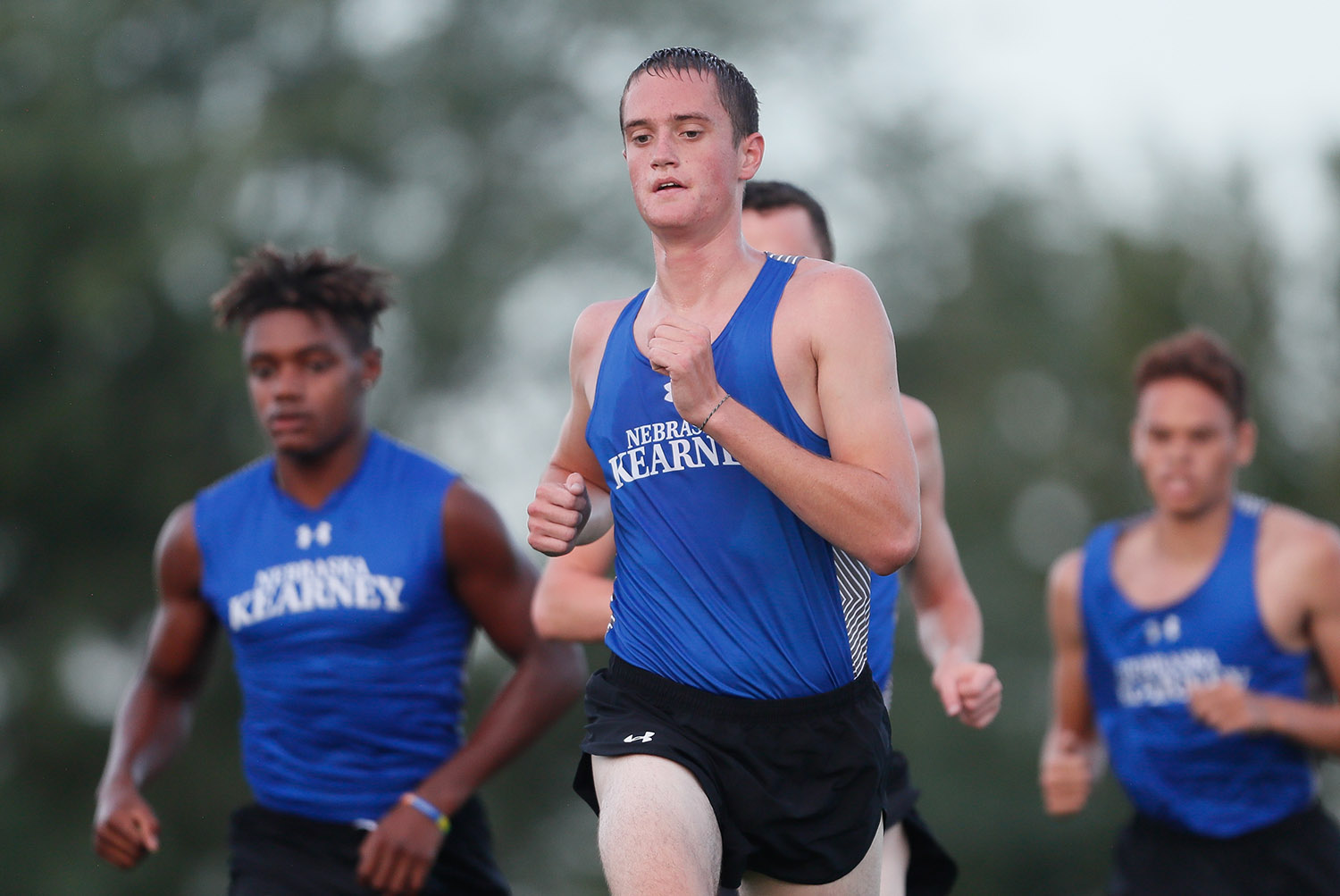 The same can be said about his professors.

Stuckey maintains a 3.97 GPA while studying biology on a pre-medical track. He’s a member of the Kearney Health Opportunities Program (KHOP), which provides full-tuition scholarships to UNK and guaranteed admission into the University of Nebraska Medical Center, assuming all requirements are met. KHOP is available to students from rural Nebraska who are committed to practicing in these areas.

A dean’s list student, Stuckey has received All-Academic honors from the U.S. Track and Field and Cross Country Coaches Association, as well as the MIAA Academic Excellence Award. He’s a regular on the MIAA Scholar-Athlete and Academic Honor Roll lists.

Stuckey will attend medical school after graduating from UNK in spring 2023, then he plans to follow in his father’s footsteps by practicing family medicine. 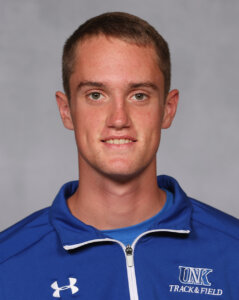