KEARNEY – The University of Nebraska at Kearney greenhouse is much more than a place to raise plants.

It’s also a space for students to learn and grow and where faculty facilitate research.

UNK junior Macy Hill, a biology major from McCook, has been working in the greenhouse since January as part of the Undergraduate Research Fellows program. Under the advisement of and in collaboration with biology professor Paul Twigg, Hill is digging for data in different plant soils.

“This is something that I’m really inclined to be interested in because I really loved Dr. Twigg’s Biology II class,” she said. “I just really liked him as a teacher and the greenhouse is super fun.”

Hill, who plans to attend optometry school after earning her bachelor’s degree, said she is learning more about the scientific process by researching plants. The scientific techniques used to study the molecular biology of plants are applicable to anything with DNA, Twigg noted.

During his 29 years at UNK, most of Twigg’s students have gone on to study medicine.

The UNK research is funded by a National Science Foundation EPSCoR grant, and Hill’s project is in collaboration with the U.S. Department of Agriculture. It’s part of a larger project through the University of Nebraska-Lincoln’s Center for Root and Rhizobiome Innovation aimed at improving crop yields.

Hill also hopes to help farmers through another research project she started in January. For that project, she collaborated with UNK biology professor Julie Shaffer to develop bacterial inoculum to benefit corn growth and yields. 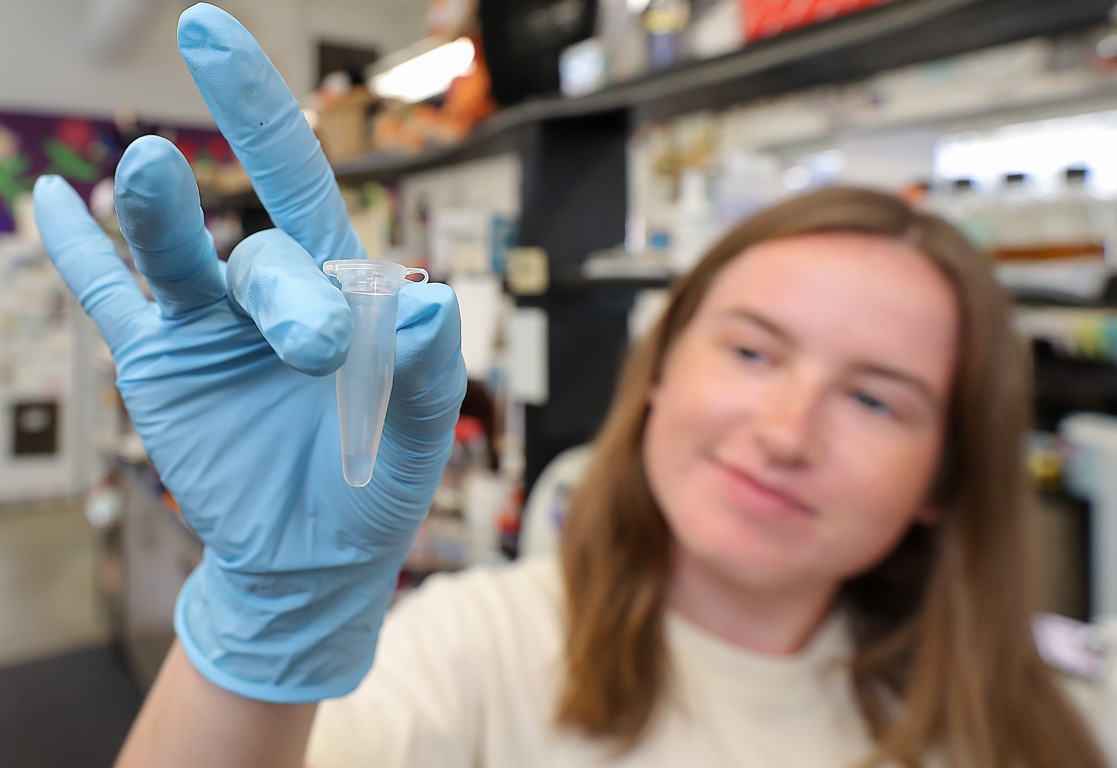 “The bacteria in the soil are generally interacting with the roots in a beneficial way to help break down minerals in the soil or feeding off things that come off the roots,” Twigg said.

The UNK researchers collect soil samples from corn and switchgrass fields managed by the University of Nebraska Eastern Nebraska Research, Extension and Education Center near Mead. Twigg collected numerous samples in the previous four years of the project, and he and Hill plan to collect an additional 300 or more samples before the project is done. Funding for the project ends in May 2022.

The pair collect soil samples at different times of the year in multiple fields that receive varying rates of nitrogen fertilizer treatments. 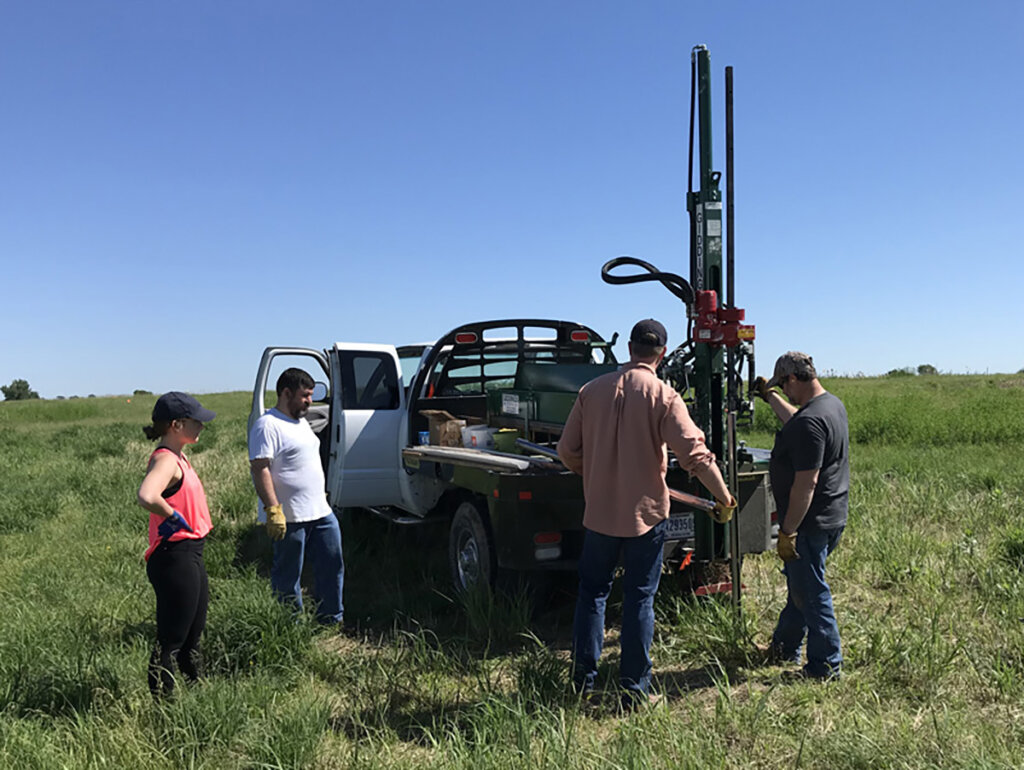 “The diversity of the bacteria there might be affected by the rotation of the corn with the switchgrass and vary at times of the season with the fertilization,” Twigg explained.

Several times a day, Hill places DNA solutions she creates on a spectrometer, which measures the amount of DNA in the samples. So far, she has observed that the samples that were closer to the surface tend to have higher bacteria levels.

“Which is what you would expect because of air supply and water,” Twigg noted.

Hill said this scientific process has taught her to be more independent and confident in her work.

“Sometimes when you go to classroom labs it feels like these random things that you might never do again. But when I’m here, we’re doing this because of this, and this new process I’m following is because of this,” she said. “It makes more sense. All of this stuff is for a reason I now understand and can start to do on my own, which is really cool.”

The next step for Hill is to learn to analyze the types of bacteria in the soil. But first, a genomics core facility will sequence the billions of molecules of DNA that Hill and Twigg isolated. Their analysis will be combined with existing yield data collected by the USDA.

“We can start to get a picture of what a healthy soil population of bacteria is like, so it really benefits the growth of corn,” Twigg said. 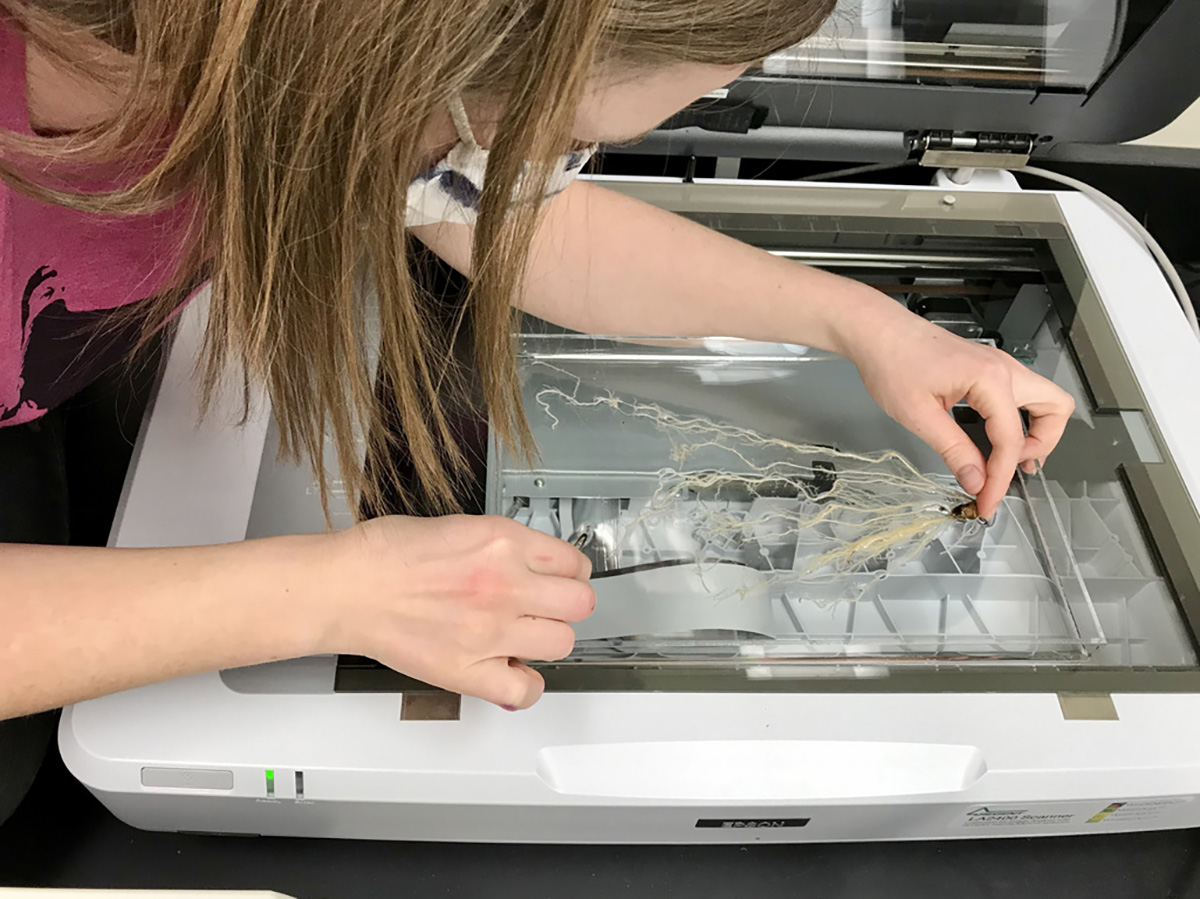 Hill’s personal research project branches from her research with Twigg. Instead of studying bacteria, she is examining differences in the corn’s root system related to soil type and whether the plant was inoculated with a bacteria solution.

During the spring semester, she used the UNK greenhouse to grow corn plants in different types of substrates – two in topsoil, two in sand and two in calcined clay. Hill inoculated half the plants with bacteria that Shaffer grew for her. After eight weeks of growth, she collected the roots and shoots.

Hill uses a specialized scanner to analyze the root systems; however, that equipment was destroyed when UNK’s Bruner Hall of Science flooded in February. She plans to complete her project when the university receives its new scanner.

In the meantime, she has examined the surface area and tips of the roots she already scanned. Preliminarily, Twigg said it appears that the bacteria inoculum has improved root growth.

Hill will present her early findings, as well as progress in the microbiome research, at this week’s Plant Biology Worldwide Summit, a virtual event hosted by the American Society of Plant Biologists. 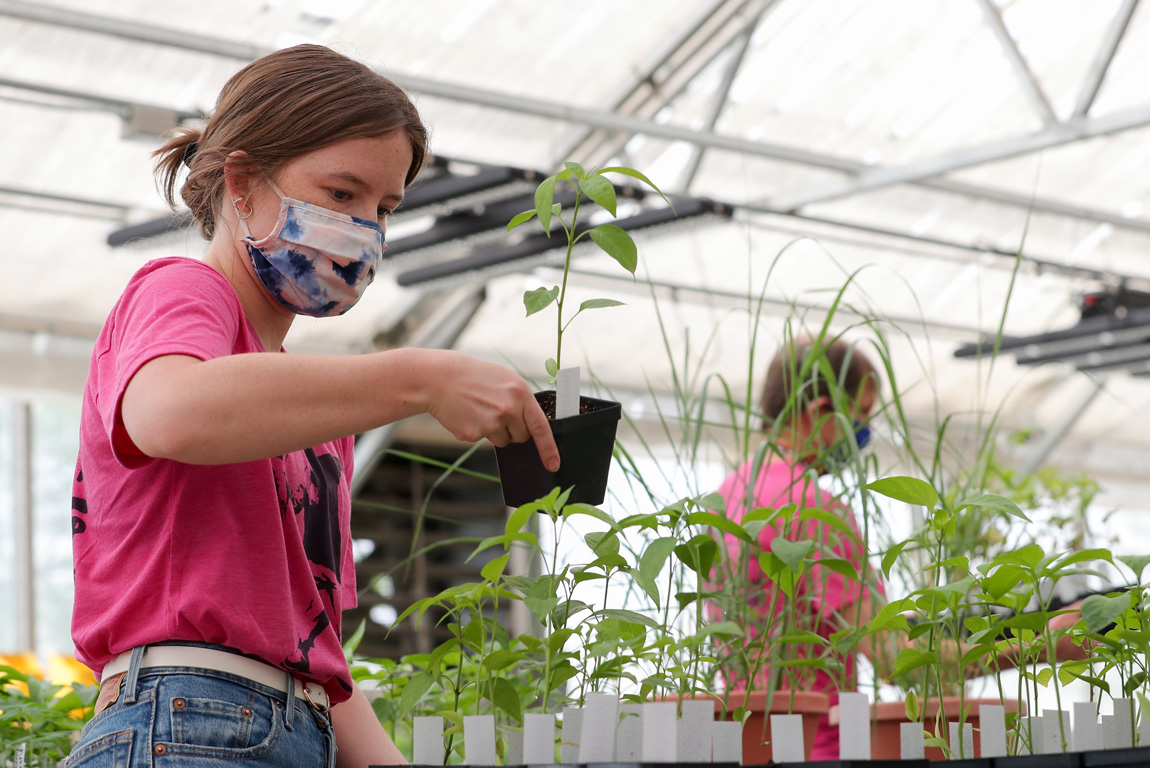 In addition to research, Hill helped Twigg grow flowers, herbs and vegetable plants in the greenhouse. They sold the plants to UNK employees in May, raising $2,300, half of which was donated to the on-campus food pantry.

Hill beautified a sidewalk outside the greenhouse with flowers that weren’t sold at the sale and planted a prairie patch in front of the building. She and Twigg also showed off the flora during PAWS University, the curriculum-based summer camps UNK hosts for area elementary students.

Currently, they are growing blue and gold flowers, which they’ll plant on the south side of the greenhouse.

Hill said working at the greenhouse and sharing her knowledge with children has been satisfying.

“I’ve enjoyed seeing the plants grow, taking care of them and knowing that their life only is there because you are supporting it,” she said.

Macy and I collected more samples for our @NebraskaEPSCoR project @UNKearney today with our collaborators from @USDA_ARS. The corn sure has grown since the last sampling. #BeBlueGoldBold pic.twitter.com/KAJrjSyzzk