KEARNEY – The University of Nebraska at Kearney’s youngest students are exploring places and things near and far this summer.

Kearney-area children entering grades one through six peeked at the solar system, learned dances from other cultures, developed survival skills in the great outdoors and competed in Olympic games without leaving the UNK campus.

These awesome adventures and other hands-on activities are part of PAWS University, a curriculum-based summer camp hosted by UNK. Participants in the annual program learn about various subjects through one-week themed workshops, four-week academies and/or PAWS Plus sessions.

Campers could choose from numerous one-week workshops in the areas of science, technology, engineering and math (STEM) and arts and humanities, as well as a Performing Arts Academy offered in collaboration with Crane River Theater and UNK Theatre and a Reading Academy coordinated with UNK’s Calvin T. Ryan Library.

PAWS Plus sessions include a library hour in the morning, lunch on campus and Spanish and art classes in the late afternoon, allowing children to attend PAWS University from 7:30 a.m. to 5 p.m. each weekday.

“I see them coming back home and practicing and showing me what they learned in class,” he said.

For example, Henry is currently enrolled in the “Slime Science” workshop and he started making slime at home. Albers said Henry combined the different slimes he made at PAWS University and found that it was too sticky. So, he took it upon himself to find “activators” in his house to solve his sticky problem.

After building a rocket out of a 2-liter bottle in class, Gilbert began experimenting at home, too. He will soon test its launch power by adding Mentos mints to Diet Coke.

“PAWS University has really improved their independence as far as exploration,” Albers said.

The UNK program also introduces children to a college campus.

“We know from research that college kids often pick their college based on familiarity and what they’re comfortable with. So, if our kiddos have been coming here for years, there’s going to be a higher possibility of them choosing UNK. But if not, they know that college campuses aren’t scary and anyone can go to college,” said PAWS University director Amy Nebesniak, an associate professor in the UNK Department of Math and Statistics.

Participants also learn about different careers during campus field trips, such as botany at the greenhouse and astronomy at the planetarium.

PAWS University’s most immediate effect, though, is preventing the “summer slide,” a term used to describe a decline in academic skills during the summer months. After previous camps, several parents told Nebesniak their children performed better in school the following fall.

“They said, ‘My kids’ scores are the same or higher. And the only thing different this summer was PAWS,’” said Nebesniak. “One of our goals is to help keep students thinking and learning throughout the summer.”

This year, Nebesniak and her team of educators and paraprofessionals have hosted about 360 kids per week. Before the month is over, they will have taught 470 kids, nearly double the 240 campers who attended the first PAWS University at UNK in 2019.

“I think the community is starting to see UNK reaching out to the younger children more and I think that has made an impact on the number of people coming,” Nebesniak said.

Adapting PAWS University during the pandemic in summer 2020 also made a difference. Rather than cancel the program, PAWS University created and sent 550 educational kits and books home with parents each week. The free program reached 700 area youths.

PAWS University is funded by several sources – Humanities Nebraska, EPSCoR and the U.S. CARES Act. The EPSCoR grant paid for transportation and the cost of programming for 21 Gibbon Public Schools students who attended STEM-based workshops June 7-11.

Nebesniak was particularly moved by the Gibbon students. She recalled a touching moment when their principal visited the students at camp.

“One kiddo came running out to the hall, gave her this huge hug and said, ‘Thank you so much. I had the best week of my whole life at college,’” Nebesniak said through tears. “You see instances like that and realize that this kid’s experience at camp may have literally changed his life.” 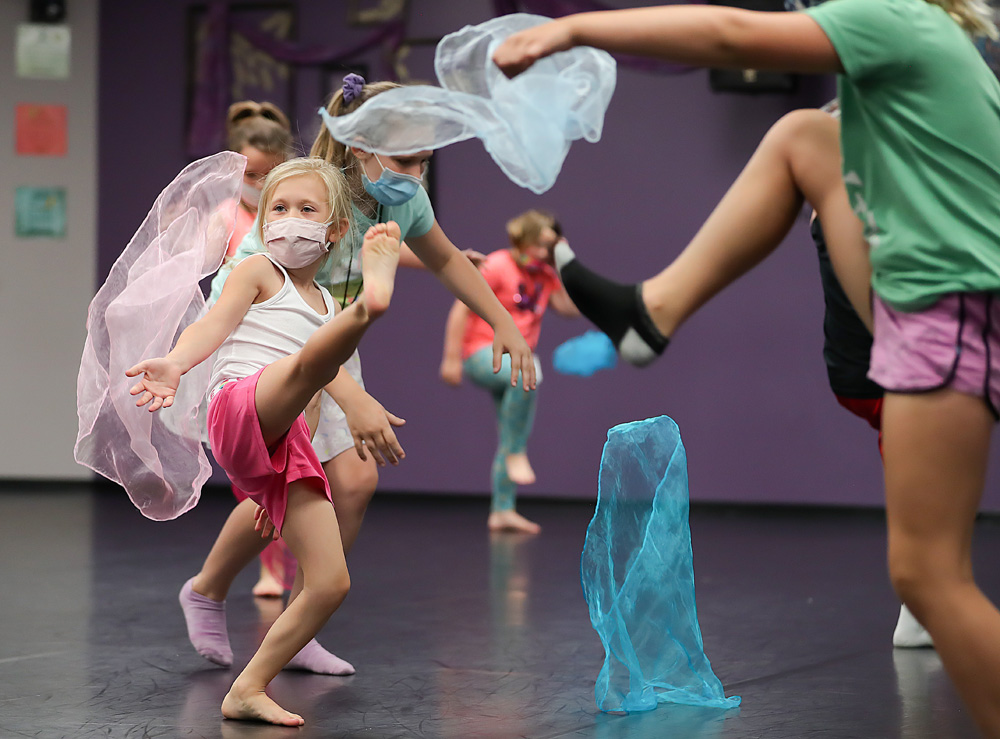 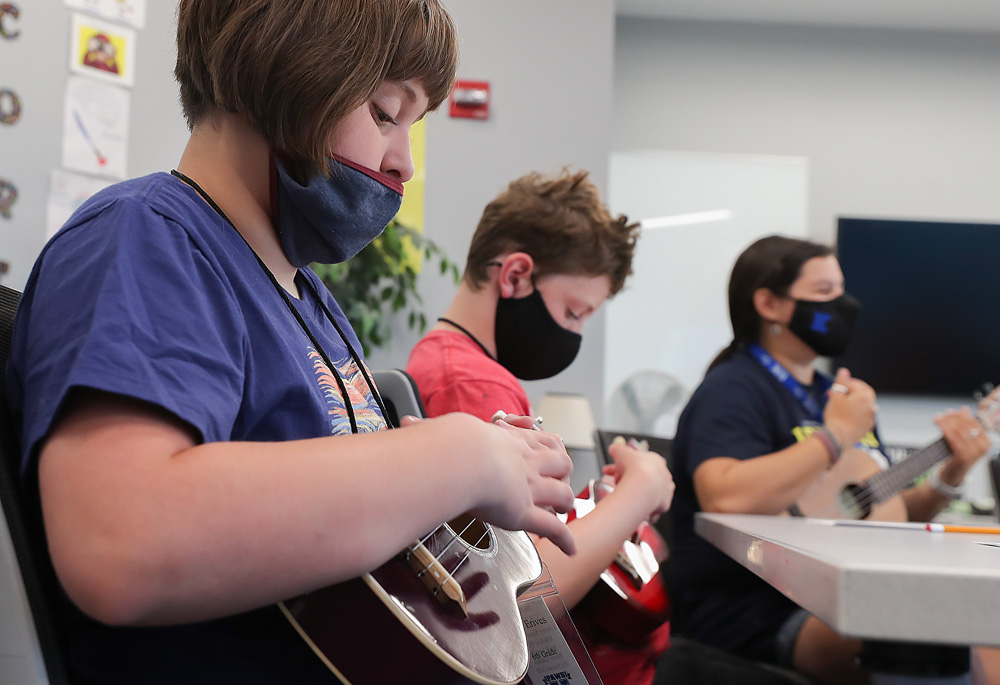 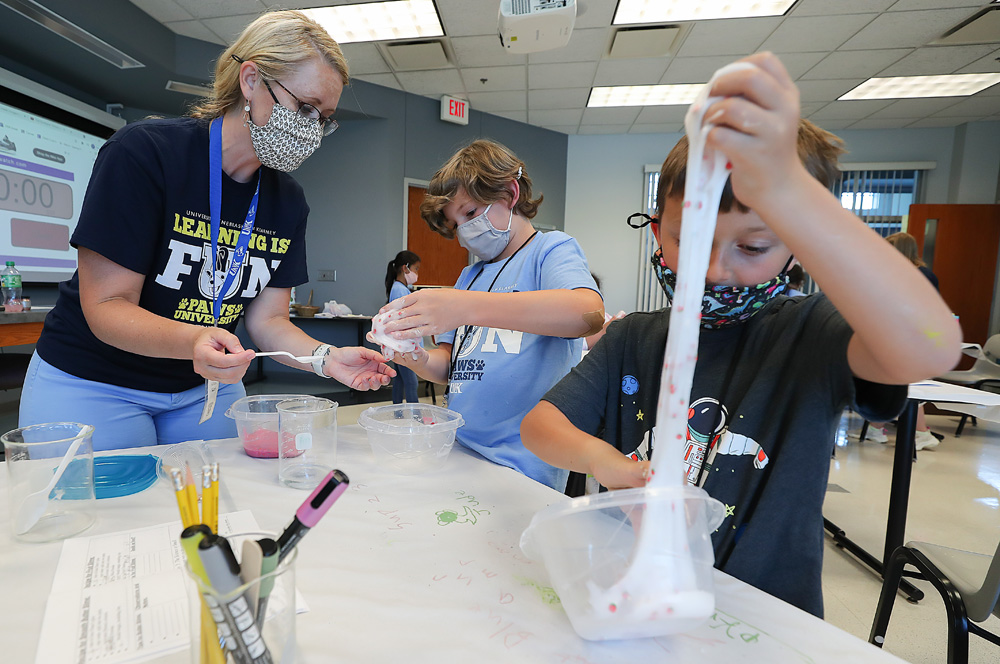