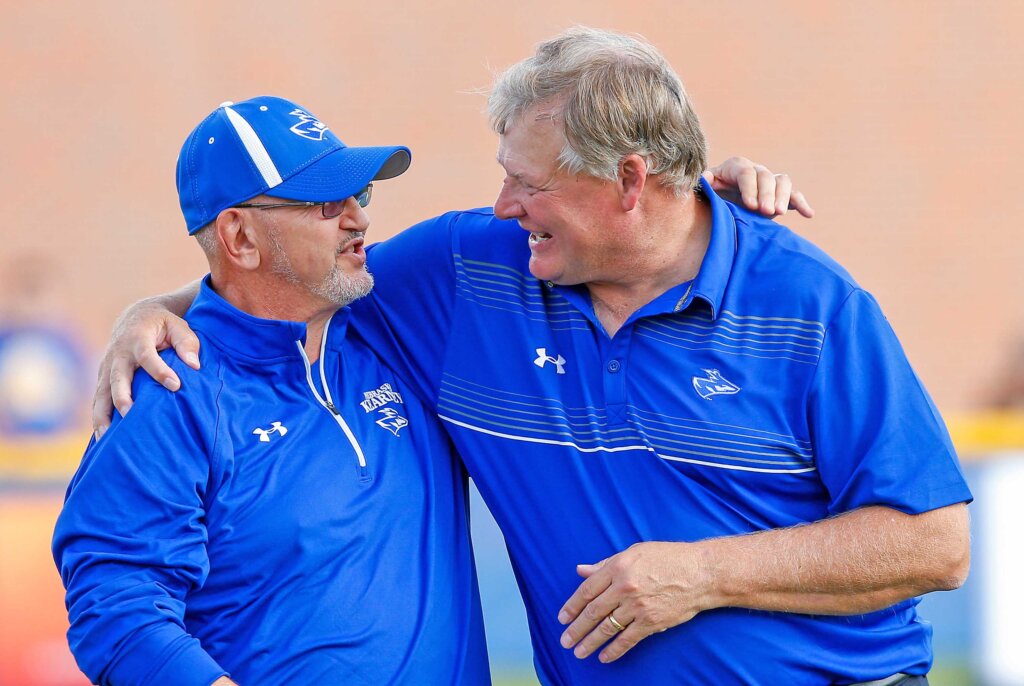 University of Nebraska at Kearney Chancellor Doug Kristensen issued the following statement on the death of longtime Loper Athletics employee Dick Collins of Kearney. Collins died Tuesday at Kearney Regional Medical Center. He was 73.
“Dick’s passing is a devastating blow to UNK and the Kearney community. Over the course of 50 years, he’s been here for more than 10,000 student-athletes, dozens of coaches, athletic directors and chancellors, and countless Loper fans. We shared his tears when he retired in 2013, and we didn’t think we would be saying goodbye to him so soon. His ability to listen, talk to and remember every individual he encountered was a gift, and served his vocation well. He loved everything about sports and shared his passion with so many others. UNK won’t be the same.” 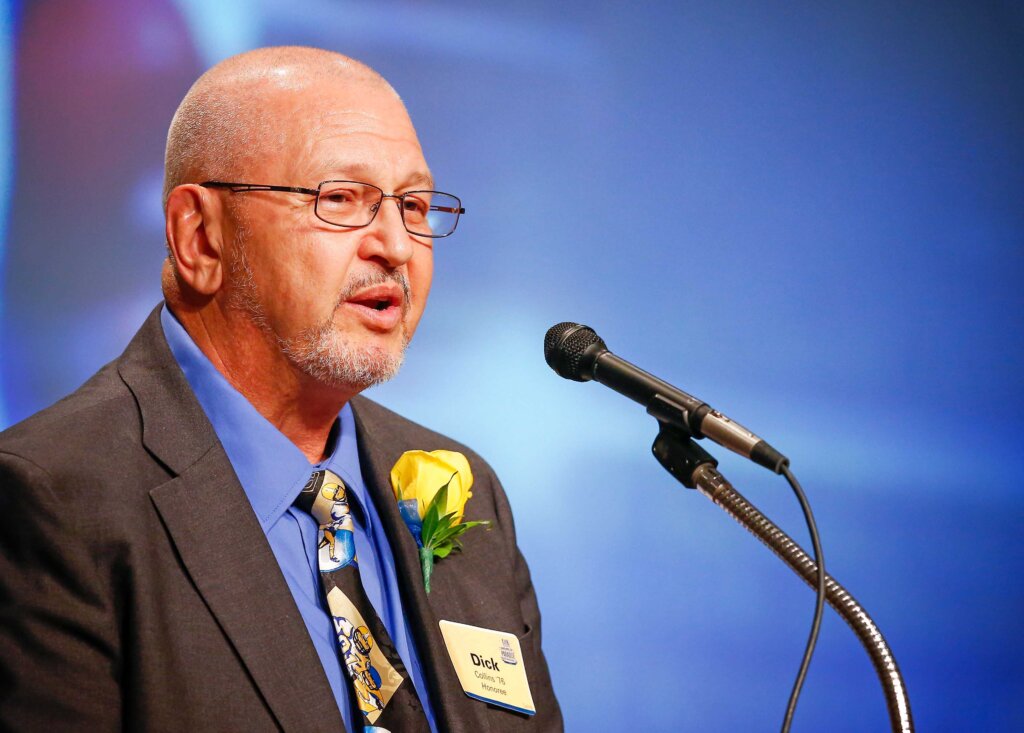 An Ord native and member of the UNK Athletic Hall of Fame, Dick Collins was the Lopers’ head equipment manager for 38 years (1976-13). He began his career as a student assistant in 1967, before heading to the U.S. Navy.

Returning to UNK in 1975 and graduating a year later with a recreation degree, he was responsible for outfitting all Loper teams, which numbered 10 when he began at then-Kearney State. With the advent of women’s sports, the number grew quickly to 17.

In 1990, Collins helped design the current equipment room, housed on the ground floor of the Health and Sports Center. In 2017, the equipment room was named “Dick Collins Equipment Room” in his honor.

He was a member of the Athletic Equipment Manager’s Association (AEMA) since its inception in 1976 and worked with more than 10,000 UNK student-athletes and hundreds of Loper coaches.