KEARNEY – Visual arts have the power to bring people together.

They convey messages in a universal language, transcending cultural boundaries and challenging people to see perspectives beyond their own.

In the current political climate, there’s perhaps no better avenue to common ground.

That’s the inspiration behind the Unity Flag Project, which uses artwork to promote bipartisanship and civil discourse.

Launched this summer by Belmont University – the site of Thursday’s presidential debate – the project invited visual artists from across the country to create 3-by-5-foot “Unity Flags” demonstrating “purple empathy,” a concept indicative of the optical blending of blue and red coming together. Each piece was influenced by the American flag and the artist’s home state.

University of Nebraska at Kearney faculty member Tim Garth was asked to create the flag representing the state of Nebraska.

An assistant professor in UNK’s Department of Art and Design, Garth’s painting features a single white star over a background that slowly transitions from blue to red, creating a purple overlap representing the merging of the political divide.

“It is in that middle – where reality resides – that we find solutions and resolutions to the challenges of our time,” Garth wrote in his artist’s statement. “By coming together, we can best fulfill the great labor of democracy.”

The star symbolizes Nebraska’s unique, one-house Legislature. Although the officially nonpartisan Unicameral often fails to live up to its design, Garth noted, “the ideal of unity that it represents is of the utmost importance.”

“In the divisive political climate that we’re living in, the idea of bipartisanship, bringing people together and seeing multiple sides of any issue is vitally important,” Garth said. “We need to think about not just our own views, but the views of others and how we can come to a more common understanding.”

In his artist’s statement, Garth also pays tribute to the late John Lewis, a civil rights leader and longtime Georgia congressman who passed away in July.

“We are one people, one family, one house – the American house. We must learn to live together as brother and sister or we will perish as fools.”

“Having his voice as part of my artist’s statement is a great way to honor him while also reinforcing the conceptual aspects of my work,” Garth said.

Artists from more than 30 states were selected to participate in the Unity Flag Project. Their works are currently on display in the Leu Center for the Visual Arts at Belmont University in Nashville. The pieces can also be viewed online at unityflagproject.com.

“This artwork and project really do an excellent job of encouraging us all to think beyond ourselves and, hopefully, create a better environment and world for us to live in,” Garth said. 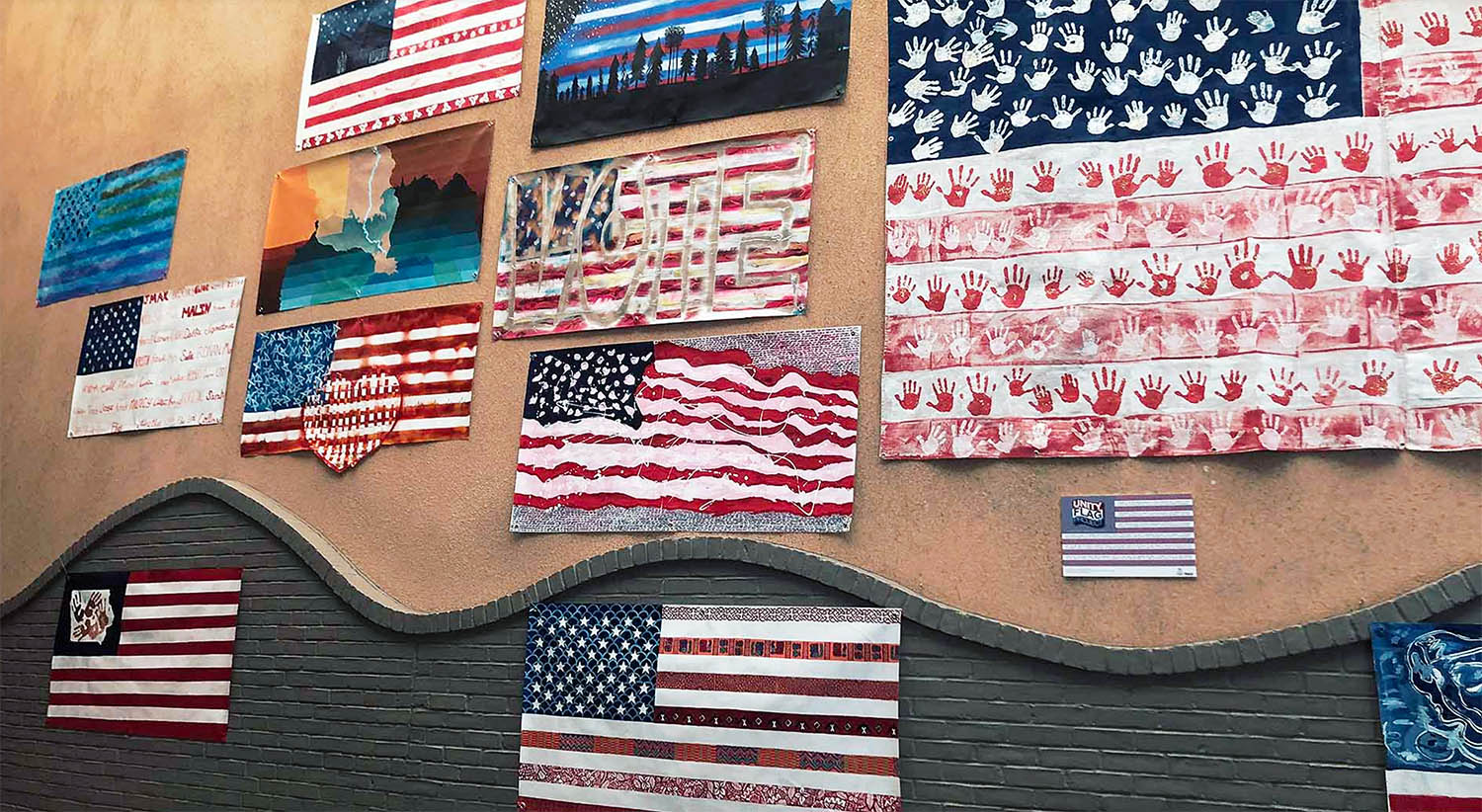