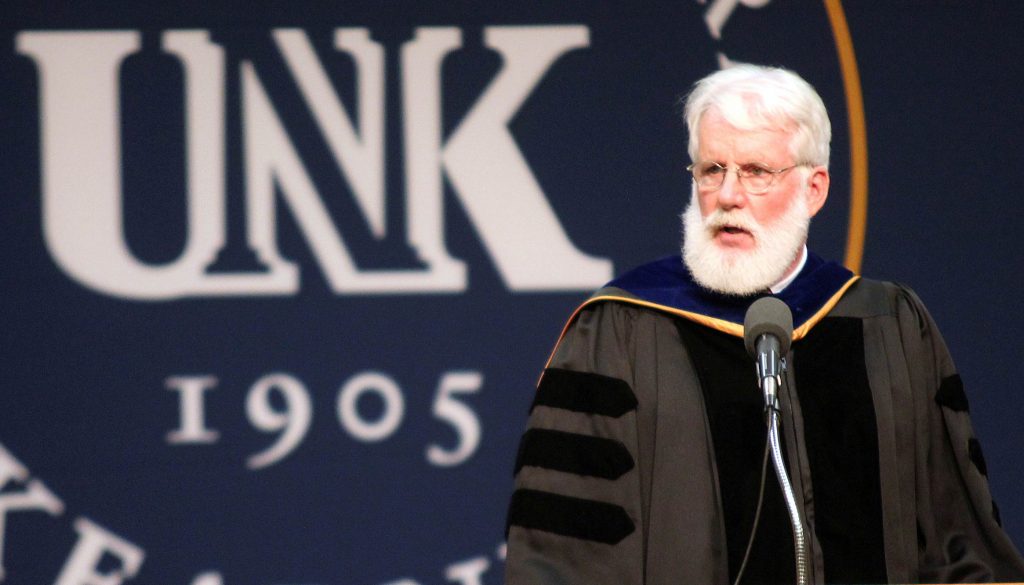 KEARNEY – Philosophy professor Thomas Martin is the featured speaker 7 p.m. Feb. 21 during the Last Lecture series at the University of Nebraska at Kearney.

The annual event, sponsored by the Xi Phi chapter of Mortar Board, will be in Copeland Hall Room 142. It’s open to the public.

The Last Lecture series honors members of the UNK faculty, staff or administration by inviting them to give a lecture on a topic of their choosing. Lecturers are asked to think about insights and wisdom they would share if they had one final opportunity to address an audience.

Martin’s lecture is titled “You will know the truth, and the truth will make you free.”

“Socrates opens the eyes of the soul when he says ‘the unexamined life is not worth living,’” Martin said. “We have landed on the stage of life and are called forth to play a part for the greater good of the whole. We must learn how to do so with both our eyes opened wide in search of truth so we can become our better-examined selves.”

“You have come to the university in pursuit of happiness and a good life. However, you need more than a career to make this good life,” Martin added. “You need a life that is worth living. It is through an education grounded in the liberal arts that each individual is free to become his better self. A university is the place where the oldest things ought to be taught to the youngest people.”

In his 33rd year at UNK, Martin holds the O.K. Bouwsma Endowed Professorship in Philosophy. His areas of interest and research are ethics, philosophy in education, philosophy of culture and philosophy in literature.

Martin, who has written widely on the works of Plato, Aristotle, Fyodor Dostoevsky, Aleksandr Solzhenitsyn and G.K. Chesterton, earned an Associate of Arts degree from Harrisburg Area Community College in Pennsylvania and a Bachelor of Arts from Northern Arizona University. He received a Master of Arts and doctorate from the University of Missouri.

Martin is the third of four generations of his family to teach in Nebraska.

The Last Lecture series has occurred at UNK for more than 20 years.

Established in 1918, Mortar Board is a national honor society recognizing college seniors for their exemplary scholarship, leadership and service. UNK’s Xi Phi chapter is one of 231 chartered chapters nationwide.