KEARNEY – Brittany Zimmerman’s life could have gone down a different path.

She could have used her tough childhood and unstable home life as an excuse to fail. She could have folded under the pressures that weighed heavily on her throughout her teenage years.

Nobody would have blamed her.

But anyone who has met the 20-year-old University of Nebraska at Kearney student knows that’s not the kind of person she is.

Instead of giving up, she decided to give it her all.

“I saw where my parents were and the mistakes they made with their life,” Zimmerman said. “I wanted to be able to make my family better. I wanted to be the person my siblings could look up to, because they had no one else to look up to.

“My whole thought process through all my education – middle school, high school, college – was always a part of that. I never wasn’t thinking about how excited I was to go to college, to be able to get a degree, to be able to be on my own, to be something better than what was put in front of me in the first place.”

Zimmerman was going to prove her future isn’t limited by the past.

It comes from a conversation George Bailey is having with his father, who tells the lead character: “Maybe you were born older, George.”

And she needed all of those attributes growing up.

The oldest of four siblings at the time, Zimmerman had few people to lean on for support. Her parents struggled with drug addiction, Zimmerman said, creating unsafe living conditions for the children, who were placed in foster care. A year later, when Zimmerman was in middle school, her maternal grandparents gained legal guardianship of the siblings.

“It was really hard for them to support all of us financially,” said Zimmerman, whose mother and youngest sister lived out of state until about 18 months ago.

At age 16, shortly after her father passed away, Zimmerman moved out of her grandparents’ house and into a family friend’s home. That’s where she lived for the next two years. 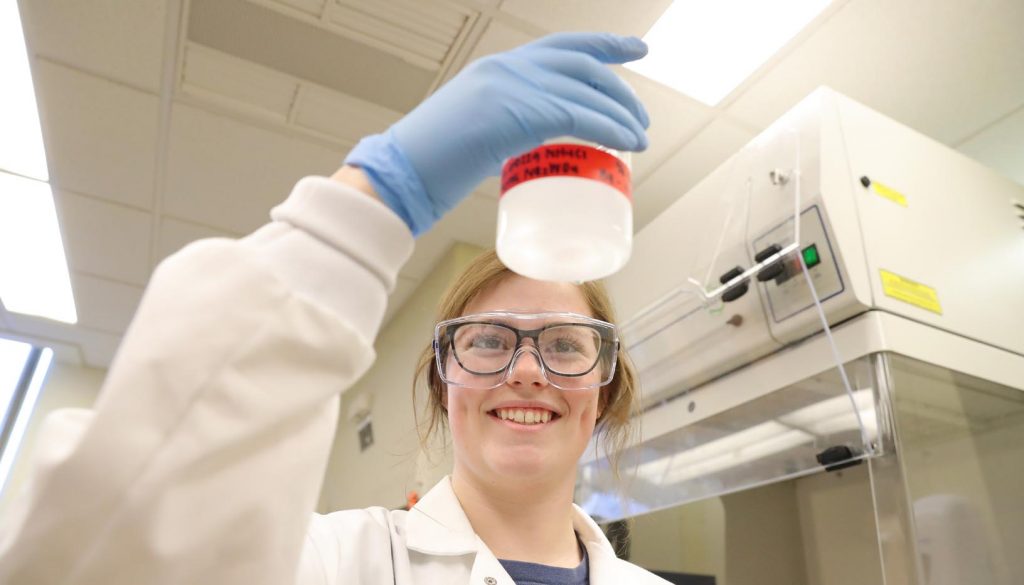 Pierce has worked with hundreds of students through Kearney Bound, but Zimmerman stood out.

“She was already a cut above by the time I started meeting with her regularly as a sophomore in high school,” he said.

Zimmerman could be a poster child for Kearney Bound, which gives first-generation college students from lower-income families an opportunity to attend and excel at UNK. The program – open to students from Kearney, Lexington, North Platte and Kearney Catholic high schools – provides scholarships and academic support for participants selected through a competitive process.

Zimmerman, who was accepted into Kearney Bound during her freshman year at Kearney High School, impressed Pierce from day one.

“She’s very interested in helping people, and that was apparent early on,” he said. “People can tell in her heart she wants what’s best for them.”

That compassion was on display during mission trips to El Salvador and Costa Rica, where Zimmerman and other New Life Church members bonded with children in the Central American countries.

She’s also involved with Buddy Bowling, a program sponsored by The Arc of Buffalo County that fosters friendships between people with developmental disabilities and UNK fraternity and sorority members.

“We wear fun socks and do our hair all crazy and just laugh the whole time,” said Zimmerman, who’s had the same bowling buddy for two years. “It’s a way for them to know there’s someone who cares about them, that there’s someone who loves them for who they are.”

Even the decision to attend UNK was made selflessly.

“I wanted to stay close to home because my siblings are very important to me,” Zimmerman said. “They’ve been the backbone of my whole life. They’ve always been there for me and they’re the only people who have gone through what I’ve gone through, because they were right there with me through the whole thing. I couldn’t find myself ever leaving them.” 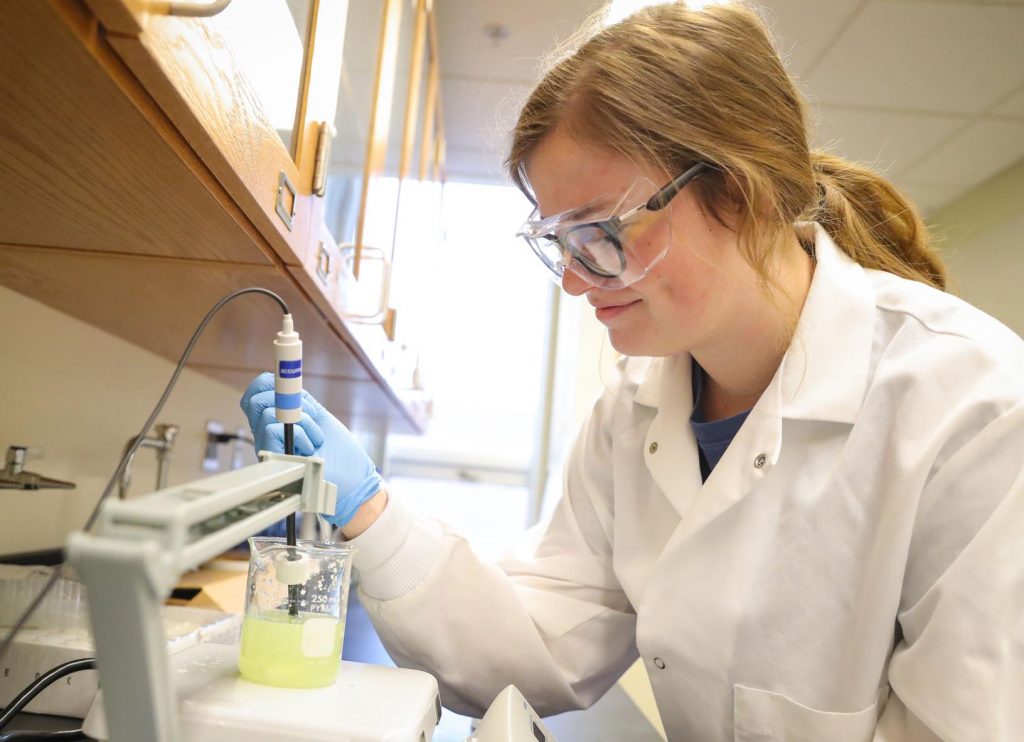 The health sciences major, who also received the Susan Thompson Buffett Foundation Scholarship, has other reasons to love UNK.

She visited the campus each year during high school and always felt comfortable talking with faculty and staff.

“I feel like if I would have gone anywhere else I wouldn’t have been able to have that one-on-one connection,” she said.

That support continued during her freshman year, when Zimmerman was paired with a mentor through the Thompson Scholars program as she adjusted to college life.

“That made the transition a lot easier,” Zimmerman said. “My mentor was always there to reassure me.”

Now she’s the one working with incoming freshmen as a mentor for Kearney Bound.

“I absolutely love it,” she said. “My best friends are in that sorority, and I’ve found who I am through them.”

Zimmerman plans to keep giving back through her professional career.

After earning a four-year degree, she wants to enroll in the Bachelor of Science in Nursing program the University of Nebraska Medical Center offers at UNK. Her ultimate goal is to become a nurse practitioner who operates independently, giving her the freedom to care for underserved populations through medical mission trips.

“I really have a heart for people,” Zimmerman said. “I really like to help people as much as I can to allow them to live the best life they can.”

Pierce has no doubt she’ll succeed in her mission.

“If she says she’s going to do something, she will,” he said. “She always does the right thing.” 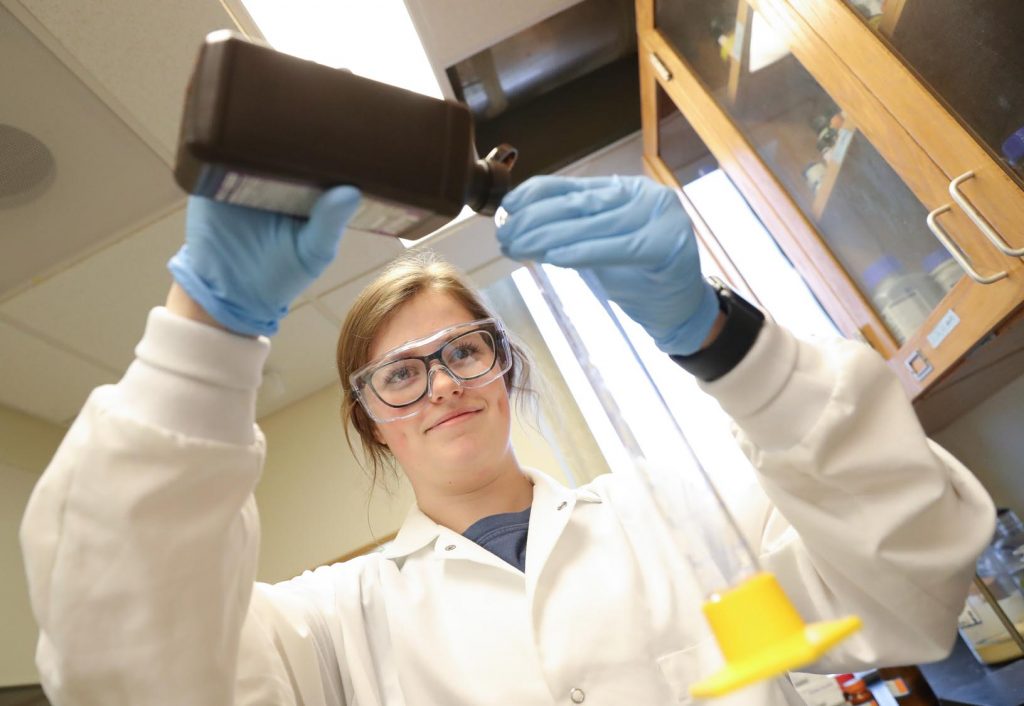