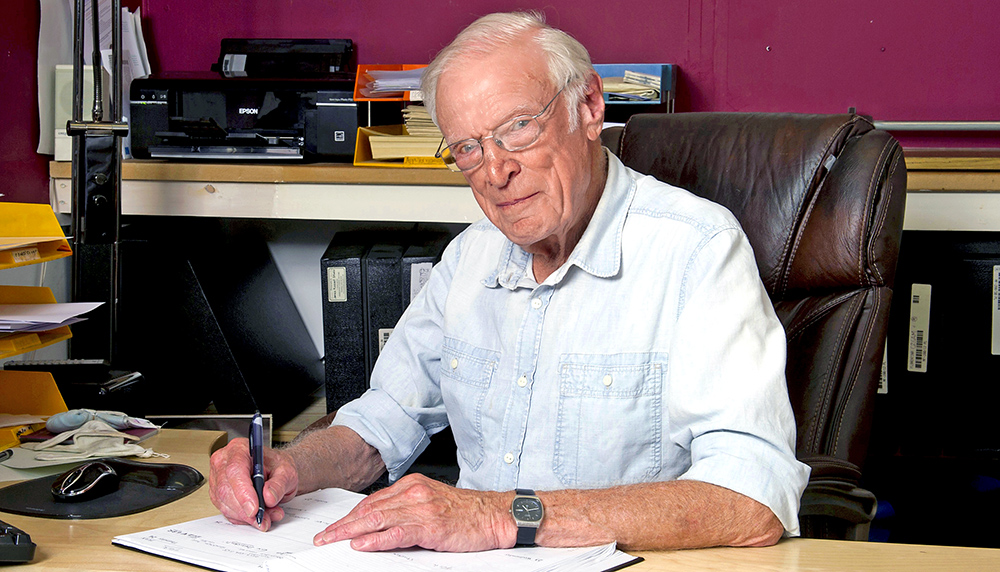 KEARNEY – Filmmaker and author Tim Slessor will speak at the University of Nebraska at Kearney, where he will share stories of British immigrants’ westward settlement and their impact on the United States.

His presentation – “Immigrants” – is at 3:30 p.m. Nov. 4 in Copeland Hall room 131. The talk is free and open to the public. The Calvin T. Ryan Library along with UNK history, sociology, English and communications departments is hosting the event.

Following his military service as a lieutenant in the British Green Berets and graduation from Cambridge University, Slessor and five friends drove in Land Rovers from the English Channel to Singapore in 1955. Although many others tried, they were the first to successfully complete the 16,000-mile trip that took six months.

The BBC made three documentaries from the trip’s filmed material, and Slessor’s book highlighting the adventure “First Overland” became a best seller with more than 350,000 copies sold.

Slessor joined the BBC in 1957 as a trainee and for more than 20 years worked with the BBC making documentaries all over the world. He received a Peabody award for two programs he directed. He was commissioning editor in charge of several teams working on investigative reports, travel programs and social affairs, and Slessor ended his BBC career as deputy head of its features documentary department.

In 1990, Slessor turned to freelance work – writing for various magazines and directing/producing for the BBC, Channel Four and National Geographic. He spent a year researching and then writing an investigative book called “Lying in State” about deceit and dissembling in the affairs of the Government.