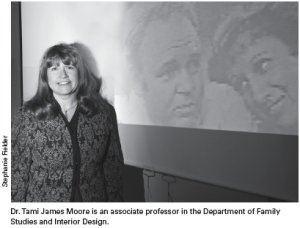 This is the 21st century. Our nation has learned from the mistakes of the past and moved on towards racial and sexual equality, right? Unfortunately I can always trust American politicians and celebrities to provide new material for my diversity awareness classes and workshops on a regular basis. From Mel Gibson to Donald Trump, the new material just keeps surfacing.

How can it be so after decades of attention, training, and legislation? Perhaps it is a case of human development—not arrested development. For Americans have made progress, it’s just not finished, nor will it ever be. Humans are continually developing their attitudes and behaviors in response to real and perceived threats from their environments.

Diversity development (once labeled multiculturalism) is a dynamic process. My research and that of others in the field suggest that it is actually a step-wise progression. I call it the Archie Bunker Phenomena.

Archie Bunker was a character in popular television of the 1970s. He was blatantly racist and sexist. Audiences flocked to their TV sets weekly to watch him make his politically incorrect comments. Archie was at Level One of Diversity Development. He did not know better. He did not need to be politically correct. His job, his friends, and his wife didn’t require it. Audiences were convinced he didn’t know better.

Edith Bunker, Archie’s wife, was devoted to Archie. But there were times when her facial expressions and even her naïve responses led the viewers to believe that she wasn’t totally convinced that her husband was right. Edith was at Level Two. She was starting to question stereotypes, but she wasn’t ready to challenge Archie and actually do anything about it.

The audience was at Level Three. Viewers wanted to hear Archie’s ignorant comments and to laugh at his ridiculous worldview. They were looking for entertainment, but they were also looking for answers. They were ready to do something about it and were searching for ways to take action.

Meathead, or Michael, Archie’s son-in-law was at Level Four. He was intolerant of the intolerant—an activist! He loved stirring the pot and poking at Archie. He sought friends of different races and openly supported women’s rights. He was a real in-your-face kind of guy when it came to stereotypes, prejudice, and discrimination. He made Archie, and the audience, uncomfortable.

Gloria, Archie’s daughter, was at Level Five. She loved her father, her mother and her husband. She needed to help them get along and she tried hard to help them understand each other. The audience understood that she was actively promoting equality, but in an unthreatening way.

Thirty years later, how can there still be Archies in our workplaces, on our campuses, and even in our government? Level One individuals will not move past that level until they can be convinced that it is necessary. Changing their own attitudes and behaviors is a frightening endeavor. There has to be a real need identified. Unfortunately, some individuals will never experience that need. In Kearney, Nebraska, I do not need to interact with anyone outside of my own race and socio-economic level. There is someone who looks like me everywhere I go. Bank tellers, grocery clerks, medical personnel, auto mechanics…If I wanted to insulate myself from interaction with other races and ethnicities, I can easily do so. Moving beyond Level One is a choice for many. And some still choose not to take that step. Education and crises are the only two real motivators for us to make these types of changes.

There are individuals at all levels in our schools, our businesses, our courtrooms and our service agencies. Archie isn’t extinct. He’s alive and well. He’s not hopeless, though. The rest of the cast just needs to keep trying.