You are here: Home / Archives for Women’s basketball

For the second straight year, the UNK women’s basketball team defeated Minnesota Duluth in the NCAA Division II tournament. Playing on the home court of Central Region host Fort Hays State, the sixth-seeded Lopers (24-7) won 77-70 on Friday to eliminate the third-seeded Bulldogs (24-5) in the tournament’s opening round. UNK will face either Missouri Western State or Southwestern Oklahoma State at 5 p.m. Saturday. A live broadcast is available at … END_OF_DOCUMENT_TOKEN_TO_BE_REPLACED 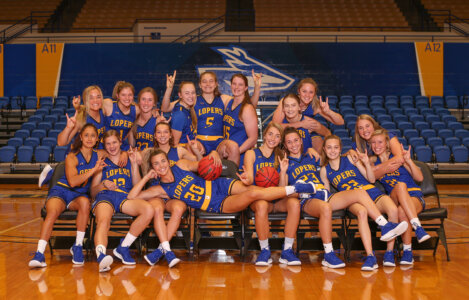 https://twitter.com/UNKWBB/status/1448781461805363215 By TYLER ELLYSON UNK Communications KEARNEY – After last weekend’s 57-54 home loss to Missouri Southern, the University of Nebraska at Kearney women’s basketball team shared a simple message on Twitter. “Win together. Lose together. Stay together.” Although the tweet was a response to a single game, those words can be used to summarize the Lopers’ past four seasons. Much of their success during that time can … END_OF_DOCUMENT_TOKEN_TO_BE_REPLACED 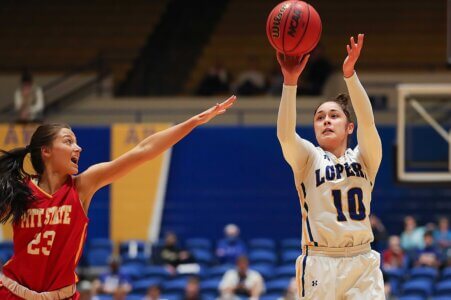 The UNK women’s basketball team defeated Pittsburg State 66-50 on Wednesday evening to advance to the semifinals of the MIAA Tournament and clinch a spot in the NCAA Division II national tournament. The third-seeded Lopers (20-3) face seventh-seeded Washburn at 4 p.m. Saturday in Hays, Kansas. Fort Hays State and Emporia State will play in the other MIAA semifinal game. READ THE FULL STORY PHOTOS BY ERIKA PRITCHARD, UNK COMMUNICATIONS … END_OF_DOCUMENT_TOKEN_TO_BE_REPLACED 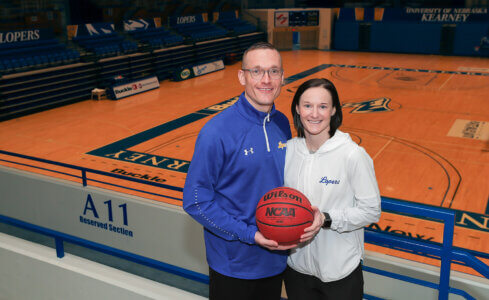 ﻿ By TYLER ELLYSON UNK Communications KEARNEY – He’s the goofy one. The self-proclaimed king of one-liners. The guy who showed up to practice last December dressed in an elf costume. Someone who once reproposed to his wife (on a dare from their players) using a vending machine-quality plastic ring. “I try to make her laugh every day,” says Devin Eighmey, head assistant coach on the University of Nebraska at Kearney women’s basketball team. “I don’t know if she … END_OF_DOCUMENT_TOKEN_TO_BE_REPLACED