You are here: Home / Archives for Student Union 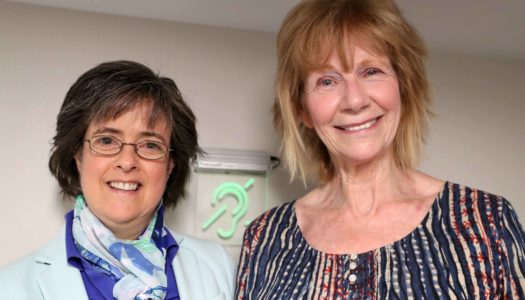 By TYLER ELLYSON UNK Communications KEARNEY – Carol Lomicky’s face lit up when she heard the system in use. “This is wonderful,” she said Monday while standing inside the Antelope Room at the University of Nebraska at Kearney’s Nebraskan Student Union. “It really works well.” Lomicky, who uses a hearing aid in one ear and has a cochlear implant in the other, was in the Antelope Room for the first time since the installation of a specialized system that benefits … END_OF_DOCUMENT_TOKEN_TO_BE_REPLACED 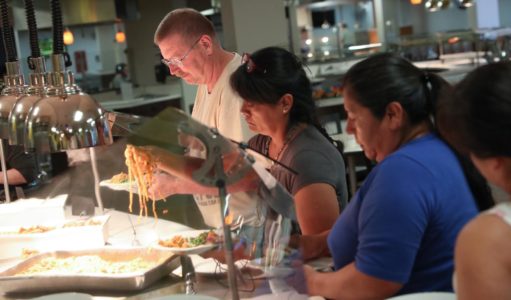 By TYLER ELLYSON UNK Communications KEARNEY – The UNK Dining Services staff arrived at work that morning expecting to serve about 175 youths participating in volleyball and band camps on campus. Then the phone rang. Michael Christen, director of business services at the University of Nebraska at Kearney, had an unexpected request. The July 9 flooding that inundated much of south Kearney had forced a number of local residents out of their homes and led to the … END_OF_DOCUMENT_TOKEN_TO_BE_REPLACED 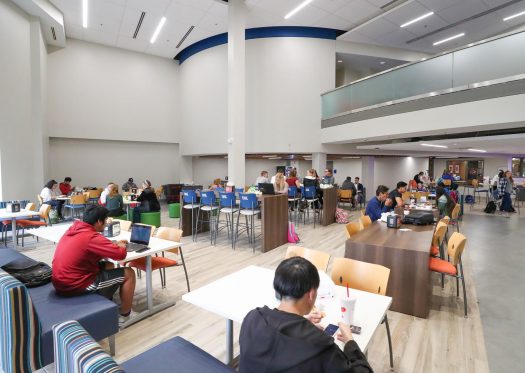 By TYLER ELLYSON UNK Communications KEARNEY – As you’re walking through the Nebraskan Student Union, pay attention to those white, metal rectangles on the walls. They mark the spots where digital monitors will be installed as workers put the finishing touches on a million renovation project at the University of Nebraska at Kearney building. “One of our goals is to move everybody toward that digital piece,” said Michael Christen, director of business services at … END_OF_DOCUMENT_TOKEN_TO_BE_REPLACED 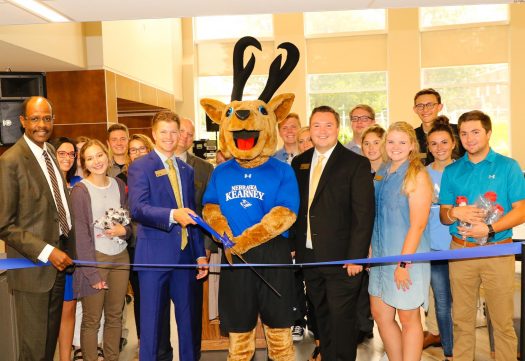 UNK Student Government hosted a ribbon-cutting and grand opening Monday to celebrate first phase renovations of the Nebraskan Student Union, which include the recent opening of a new Starbucks and Chick-fil-A. UNK Student Body President Logan Krejdl spoke at the event recognizing the million project that started in December. It is paid for with facility reserve funds and vendor investments. In addition to improved dining areas, the project design creates a more open … END_OF_DOCUMENT_TOKEN_TO_BE_REPLACED 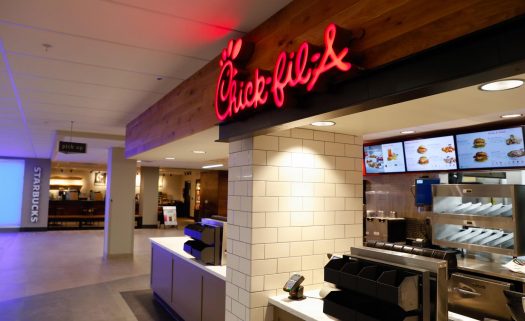 UNK Student Government is hosting a campus event 4 p.m. Monday to celebrate the Nebraskan Student Union improvements and opening of Starbucks and Chick-fil-A. The UNK community is invited to attend the event inside the union’s west side near the new restaurants. By TYLER ELLYSON UNK Communications KEARNEY – Madie Denson was behind the counter at Starbucks getting to know the equipment, menu and co-workers at her new job. It was just her second day working at the … END_OF_DOCUMENT_TOKEN_TO_BE_REPLACED