You are here: Home / Archives for Mahmoud Shakouri 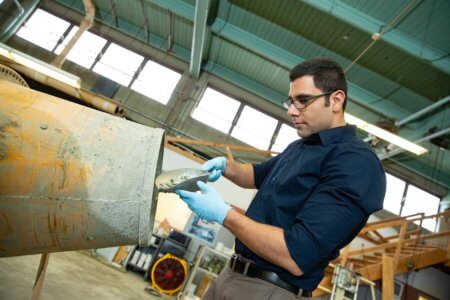 By TYLER ELLYSON UNK Communications Concrete is the foundation of the future. It’s the most widely used manmade material, with an estimated 10 billion tons produced worldwide each year – a figure that’s expected to continue growing as developing nations urbanize and countries such as the United States look to replace aging infrastructure. “Most of the infrastructure in the U.S. is made of concrete. Most of the roads, bridges and buildings, they’re made of concrete,” … END_OF_DOCUMENT_TOKEN_TO_BE_REPLACED 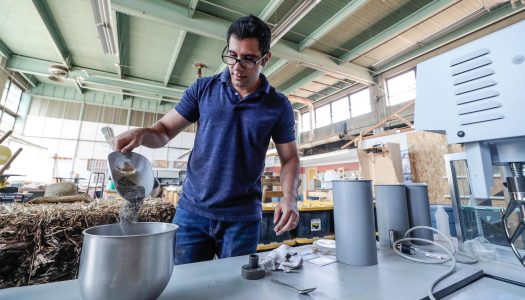 By TYLER ELLYSON UNK Communications KEARNEY – The Cornhusker State’s namesake crop could play an important role in addressing America’s infrastructure needs. Researchers at the University of Nebraska at Kearney are studying whether corncobs and stover – the stalks, leaves and husks left over after harvest – can be used to improve the durability of concrete. The projects, led by Mahmoud Shakouri, an assistant professor of construction management, may have lasting … END_OF_DOCUMENT_TOKEN_TO_BE_REPLACED