You are here: Home / Archives for Dentistry 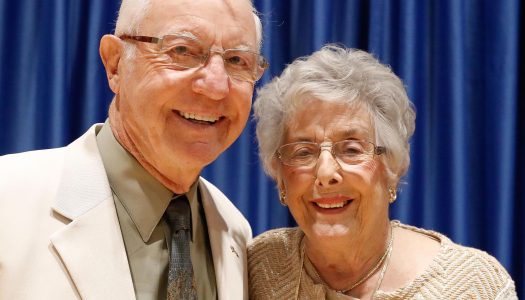 By TYLER ELLYSON UNK Communications KEARNEY – Richard and Barbara Bush were all but certain their children would attend the University of Nebraska-Lincoln. They both graduated from the school – he in 1953 and she in 1955 – and Barbara was even named homecoming queen. Surely their kids would follow this tradition someday. At least that’s what they thought before settling in Kearney shortly after Richard graduated from the University of Nebraska Medical Center … END_OF_DOCUMENT_TOKEN_TO_BE_REPLACED