You are here: Home / Archives for A Home Called Nebraska 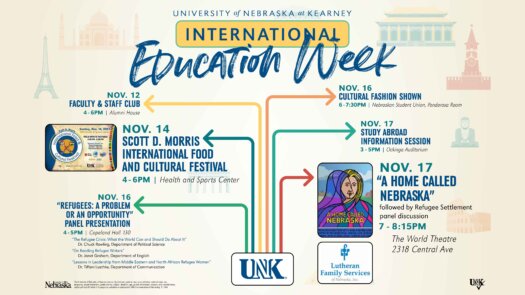 “A Home Called Nebraska” screened Nov. 17 at The World Theatre By TODD GOTTULA UNK Communications KEARNEY – A screening of “A Home Called Nebraska” is being shown as part of the University of Nebraska at Kearney’s International Education Week celebration. The award-winning documentary, produced and directed by Colorado-based filmmakers George and Beth Gage, spotlights refugees who escaped war, torture and persecution to build a new life in the Midwest. The film … END_OF_DOCUMENT_TOKEN_TO_BE_REPLACED