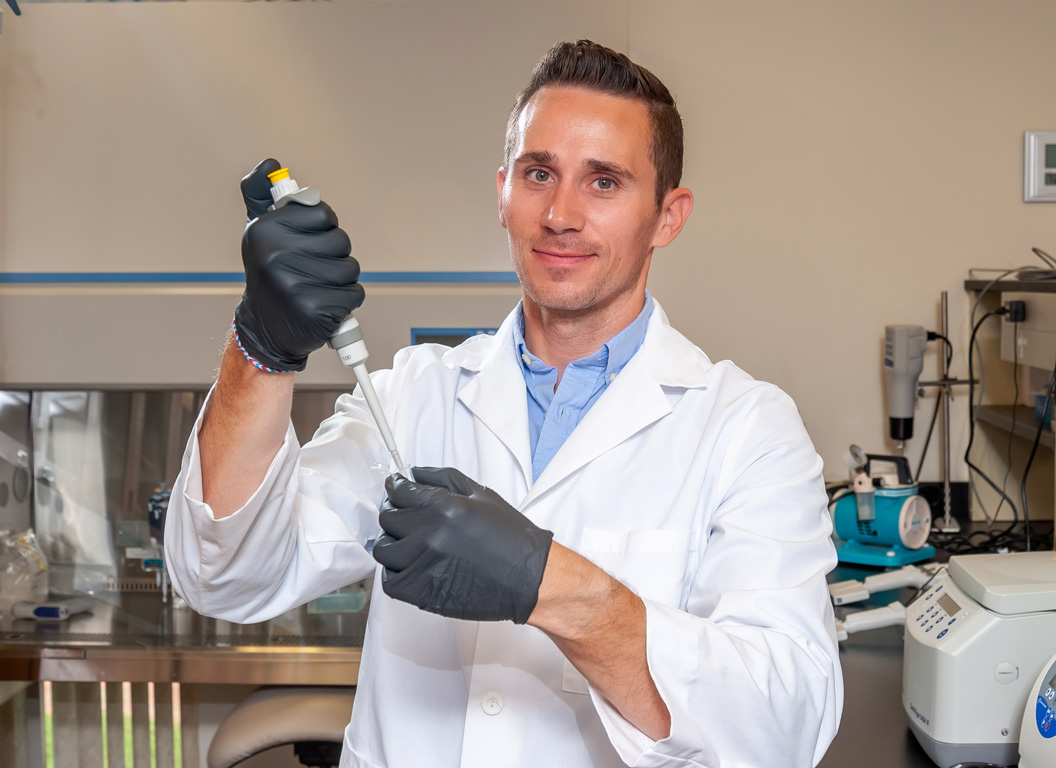 KEARNEY – The failure of antibiotic treatments is one of the biggest threats to global health.

Antibiotic-resistant bacterial infections killed more than 1.2 million people and were indirectly associated with nearly 5 million deaths in 2019, according to the Centers for Disease Control and Prevention. More than 2.8 million antibiotic-resistant infections occur each year in the U.S. alone, causing over 35,000 deaths.

“A lot of people have heard of antibiotic resistance. We’ve seen this in the news with different bacteria becoming antibiotic-resistant, and we’re running out of antibiotics to treat them. That’s very important,” said Austin Nuxoll, an associate professor in the University of Nebraska at Kearney Department of Biology.

“But what’s often overlooked are all the infections caused by drug-susceptible pathogens. We have a lot of infections being caused by bacteria that aren’t resistant to antibiotics, but antibiotic therapy still fails.”

Antibiotic resistance happens when bacteria and other infection-causing microbes evolve and develop the ability to defeat the drugs designed to kill them. As medicines become less effective, these infections are harder to treat, leading to longer hospital stays, higher medical costs and increased mortality. 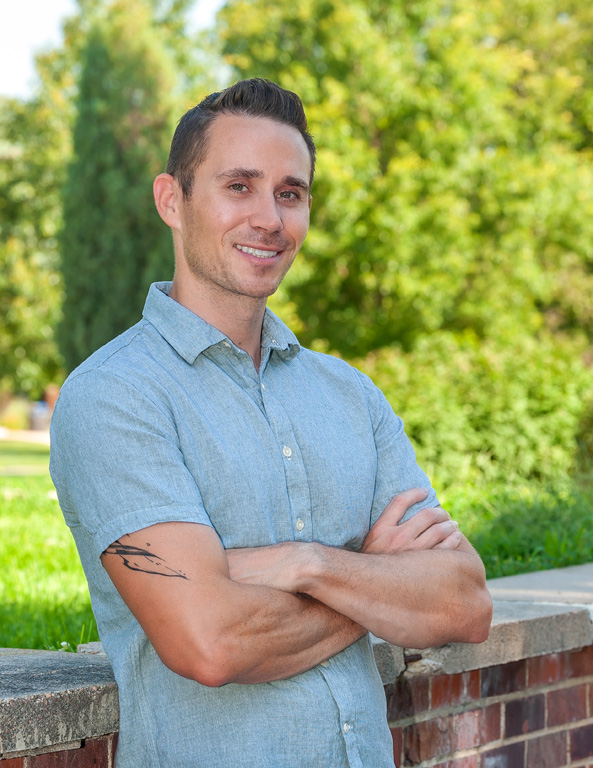 Nuxoll studies a similar, but separate, issue known as antibiotic tolerance. These microorganisms aren’t antibiotic-resistant, yet they still manage to survive treatments, continue growing within the host and cause persistent problems.

“It’s very much overlooked compared to antibiotic resistance, but it’s very important clinically,” Nuxoll said. “The hospital stay and the costs associated with that hospital stay aren’t that different in some cases between patients infected with antibiotic-resistant organisms and antibiotic-susceptible organisms.

“We have a lot of patients who aren’t surviving these treatments when they should.”

Nuxoll has been researching antibiotic tolerance since 2010, when he was a doctoral student at the University of Nebraska Medical Center. His work focuses on Staphylococcus aureus (staph), a type of bacteria commonly found on the human body.

Staph bacteria are usually harmless, but they can cause life-threatening infections if they enter the bloodstream or internal tissue.

“They oftentimes will cause those skin and soft-tissue infections,” Nuxoll noted, “but they cause more serious infections when they get into the bloodstream.”

Staph infections are notoriously difficult to treat because of antibiotic resistance – that’s the case with MRSA – and antibiotic tolerance. They can spread in both community and health care settings.

“A lot of times these infections are associated with prosthetic devices like joint implants or catheters,” Nuxoll said.

That’s because staph infections are mediated by biofilms, a community of bacteria that adhere to each other and a surface, such as a prosthetic device.

“Those biofilms are pretty hard to treat once they form within a host. When a patient gets an infection and they’re treated with antibiotics, they have up to a 20% chance of developing relapsing infections,” said Nuxoll, who believes persister cells could be to blame.

Persister cells don’t respond to antibiotics, allowing bacteria to remain in a dormant-like state during treatment. “Once that antibiotic therapy is removed, they start repopulating the environment and start growing again, causing these chronic and relapsing infections,” Nuxoll said.

Nuxoll and his collaborators published a study in 2019 showing polymicrobial infections – those caused by biofilms with more than one type of bacteria – also include an increased number of persister cells. A follow-up study published last year shows persister cells can better survive the immune system.

“That could explain why those infections are worse for patients and why they have a worse prognosis,” Nuxoll said.

Moving forward, Nuxoll hopes to take his research from the lab to a clinical setting, with the goal of developing more effective treatments for staph and other antibiotic-tolerant infections.

“That link to clinical manifestation needs to be made at some point,” he said. “That’s where we would like to get to.” 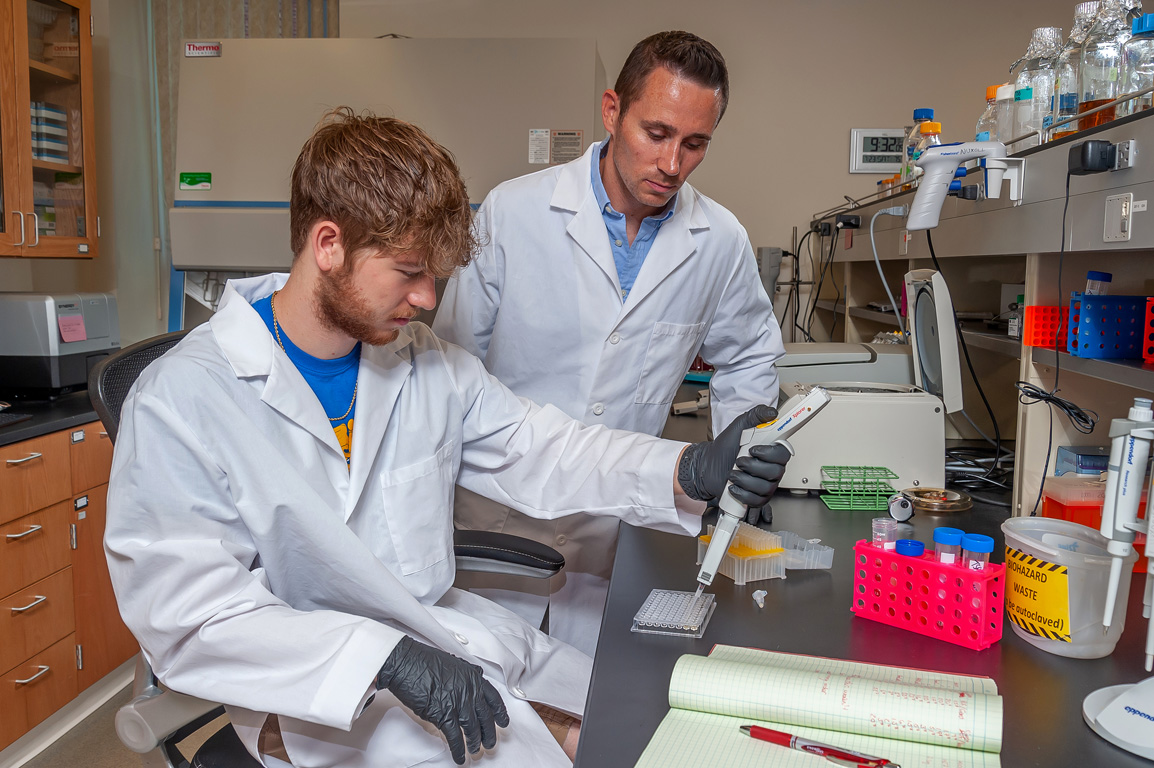 In addition to advancing the medical field, Nuxoll enjoys research because it allows him to work one-on-one with students in a lab setting.

He mentors six undergraduate researchers throughout the school year and three during the summer.

“It’s a really huge benefit to the student to get involved in undergraduate research,” he said. “They learn critical reasoning and other skills while applying the concepts they’re learning in class to a problem facing the medical community. A lot of my students are pre-med, so they want to be doctors someday, and staph infections are something they’re going to encounter in most specialties they go into.”

The Comstock native knows firsthand how valuable this experience can be. He studied biology at UNK and got involved in undergraduate research through INBRE, a National Institutes of Health-funded program that promotes and supports biomedical research.

After a summer at the University of Nebraska-Lincoln, Nuxoll worked alongside UNK biology professor Paul Twigg, which sparked his interest in research.

Nuxoll earned his doctorate in pathology and microbiology from UNMC in 2014 and spent two years as a postdoctoral associate at Northeastern University in Boston before returning to UNK as a faculty member in 2016.

“I have worked with an amazing group of undergraduate students since joining UNK,” he said. “My research achievements are a direct result of their hard work. Working with and mentoring undergraduate research students is a passion I have been fortunate enough to pursue during my time here.”

His students have presented their research at numerous regional and national events, including American Society for Microbiology conferences in New Orleans, San Francisco and Washington, D.C.

“It can be painful to watch sometimes when they’re struggling, and it just isn’t working for them. But then when it all clicks, that’s pretty rewarding to watch them figure it all out and feel a sense of accomplishment for what they’ve contributed.” 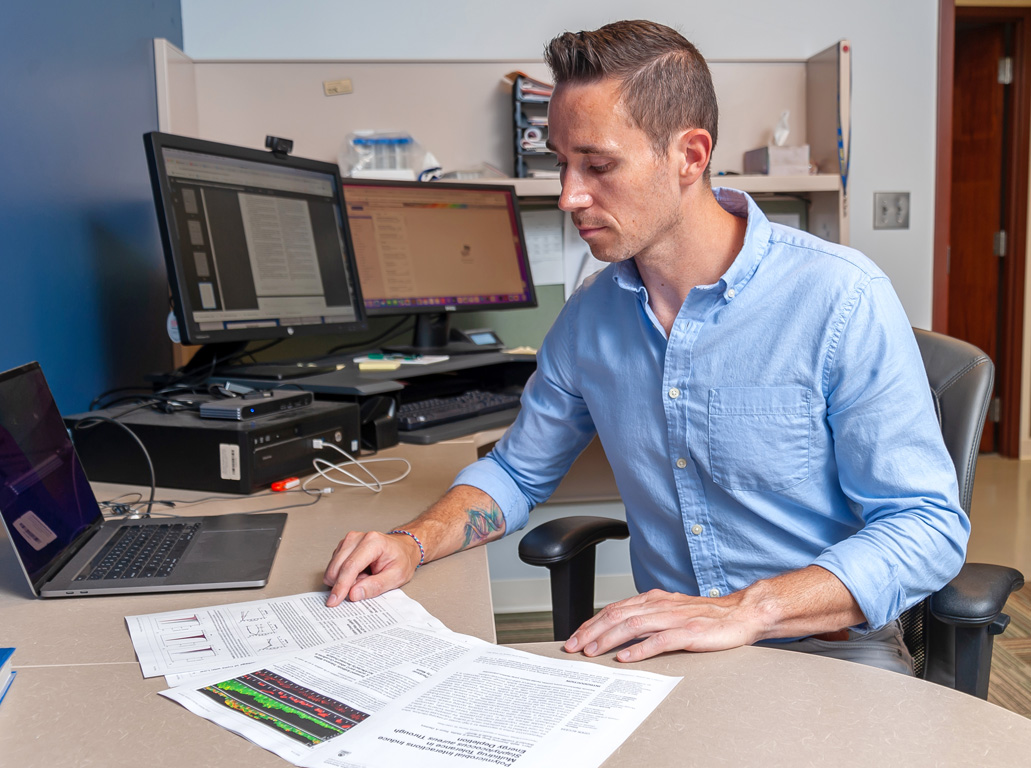