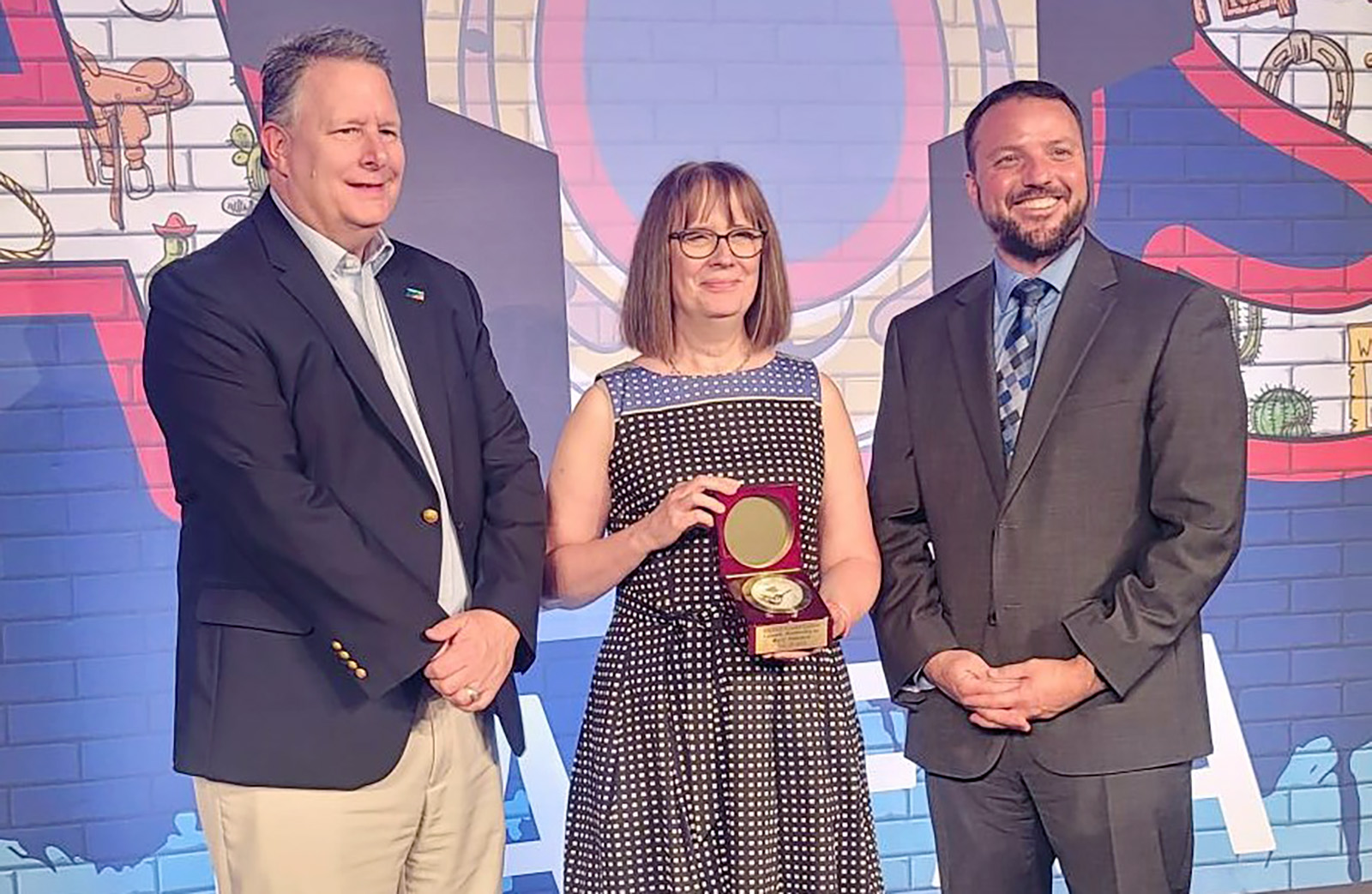 Presented during last week’s national conference in Austin, Texas, the award is the highest honor the NASFAA can bestow on a member. It recognizes an individual’s outstanding achievements over a sustained period of time and their contributions to the association and profession.

For more than 30 years, Sommers has been deeply committed to – and actively engaged in – the financial aid profession. In her role at UNK, she’s been a passionate advocate for student success.

“Mary Sommers is the epitome of a financial aid professional and has contributed in ways that have been noticed by many but also in ways that only the student, who was able to graduate because of Mary’s support, notices,” Renee Besse, associate director of financial aid at UNK, wrote in her nomination letter.

“Watching students succeed is the reason Mary has made her career in financial aid one of support, advocacy and action,” Besse added.

A graduate of Columbus High School, Sommers has worked at UNK since 1992, previously serving as a financial aid counselor, assistant director and associate director. She was promoted to director of financial aid in 2000.

In addition to her duties in the Financial Aid Office, Sommers has been part of numerous campus committees and universitywide initiatives.

Before joining UNK, she was an admissions counselor and director of financial aid at Rocky Mountain College in Billings, Montana. Sommers holds a bachelor’s degree in journalism and mass communication from Iowa State University and a master’s degree in educational administration from UNK.

A recipient of the 2012 Meritorious Achievement Award from the NASFAA, Sommers served on the organization’s board of directors for five years and held a variety of leadership positions, including her current role of compliance track chair for the leadership conference.

In 2011, Sommers received a Regional Leadership Award from the RMASFAA, which includes institutions from Colorado, Kansas, Montana, Nebraska, North Dakota, South Dakota, Utah and Wyoming. She chaired that organization’s Leadership Pipeline program, Summer Institute and membership committee and served on the board of directors.

RMASFAA’s Summer Institute is recognized nationwide as a premier professional development opportunity for financial aid administrators. Sommers was an instructor there five times, including this summer, demonstrating her commitment to training and mentoring her peers.

The NeASFAA recognized Sommers with its highest honor for a member – the Bob Minturn Award – in 2003. At UNK, she’s received the Staff Award for Excellence and University of Nebraska Board of Regents KUDOS award, the university’s top staff award.

Over her career, she’s presented on a variety of financial aid and higher education topics at state, regional and national conferences and testified before the Nebraska Legislature.

Sommers plans to retire this fall, a decision that left her supervisor “initially panicked, but also reflective and quite humbled to recommend her for recognition by her peers.”

“Mary’s industry knowledge is irreplaceable; her leadership and work ethic are unmatched; but most importantly, her advocacy for students as a financial aid professional has been life-changing,” wrote Kelly Bartling, vice chancellor for enrollment management and marketing at UNK.

The NASFAA is a nonprofit membership organization representing more than 32,000 financial aid professionals at approximately 3,000 colleges, universities and career schools across the country. NASFAA member institutions serve nine out of every 10 undergraduates in the U.S.