KEARNEY – More than 100 people attended a ribbon-cutting Thursday hosted by the city of Kearney and Kearney Area Chamber of Commerce to celebrate the opening of the new Ernest Grundy Tennis Center.

A partnership between the University of Nebraska at Kearney and city, the indoor facility is located along North Railroad Street at the south edge of UNK’s University Village development. 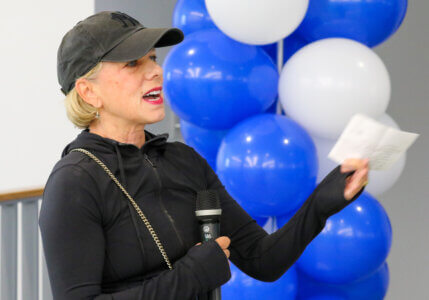 The center serves the UNK women’s team, as well as the Kearney Tennis Association and Kearney Park and Recreation. It is operated by the city, with UNK providing operational and maintenance support.

The $8.8 million project was primarily funded through private contributions and a $1.125 million grant awarded to the city by the state’s Civic and Community Center Financing Fund.

Grundy was a longtime English professor at Kearney State College who is credited with developing youth programs, contributing to the formation of the Kearney Tennis Association and organizing and directing tournaments and intercity matches with Grand Island, Hastings and Holdrege. 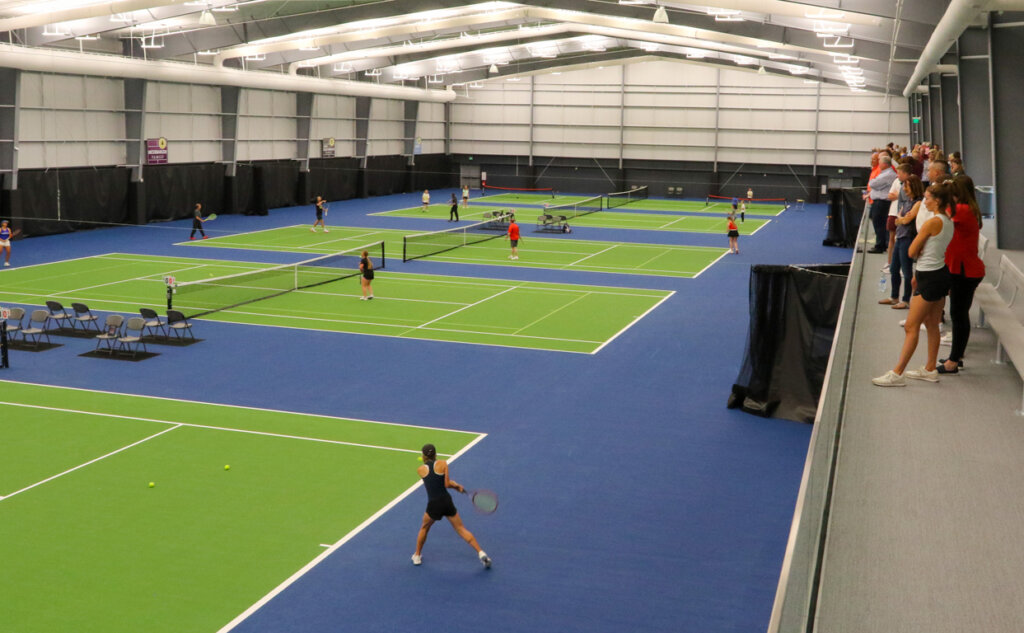