Performances of “The White Liars” and “Black Comedy” are scheduled for 7:30 p.m. Wednesday through Saturday (Nov. 17-20) and 2 p.m. Sunday (Nov. 21) at the University of Nebraska at Kearney’s Miriam Drake Theatre.

“The White Liars” depicts a fateful encounter between a down-and-out fortune teller, a rock musician and his agent. The agent bribes the fortune teller to fake some hocus-pocus over a crystal ball, ostensibly to discourage the musician from pursuing his girlfriend. In the end, the trickery entangles each of them in a dense web of deception.

This play is directed by UNK senior Danny Grimm of Amherst.

In “Black Comedy,” lovesick and desperate sculptor Brindsley Miller has embellished his apartment with furniture and objects d’arte “borrowed” from the absent antique collector next door, hoping to impress his fiancée’s pompous father and a wealthy art dealer. The fussy neighbor returns just as a blown fuse plunges the apartment into darkness and Miller is revealed. Unexpected guests, aging spinsters, errant phone cords and other snares impede Miller’s frantic attempts to return the purloined items before the light is restored.

UNK senior Bryce Emde of Grand Island is the director for “Black Comedy.”

The performances run approximately 2 1/2 hours, including a 15-minute intermission. All seating is general admission. Face masks are strongly encouraged for audience members, but not required. 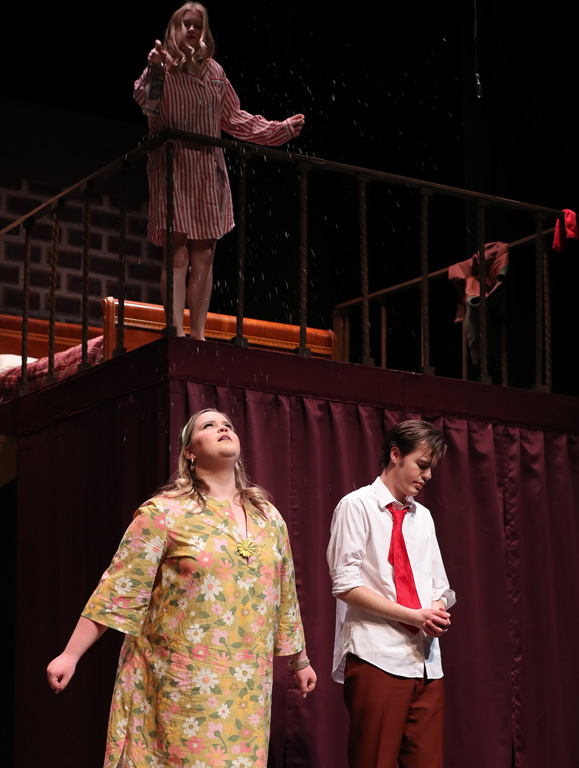 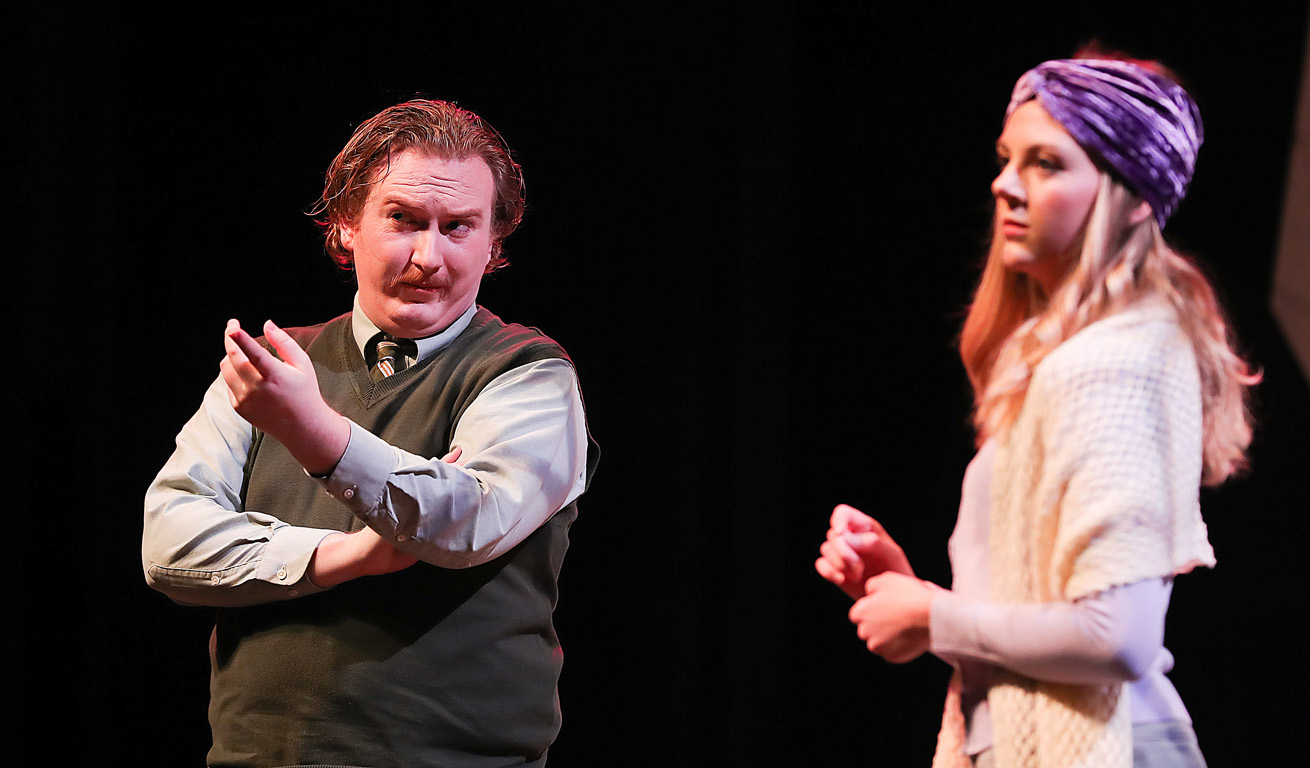 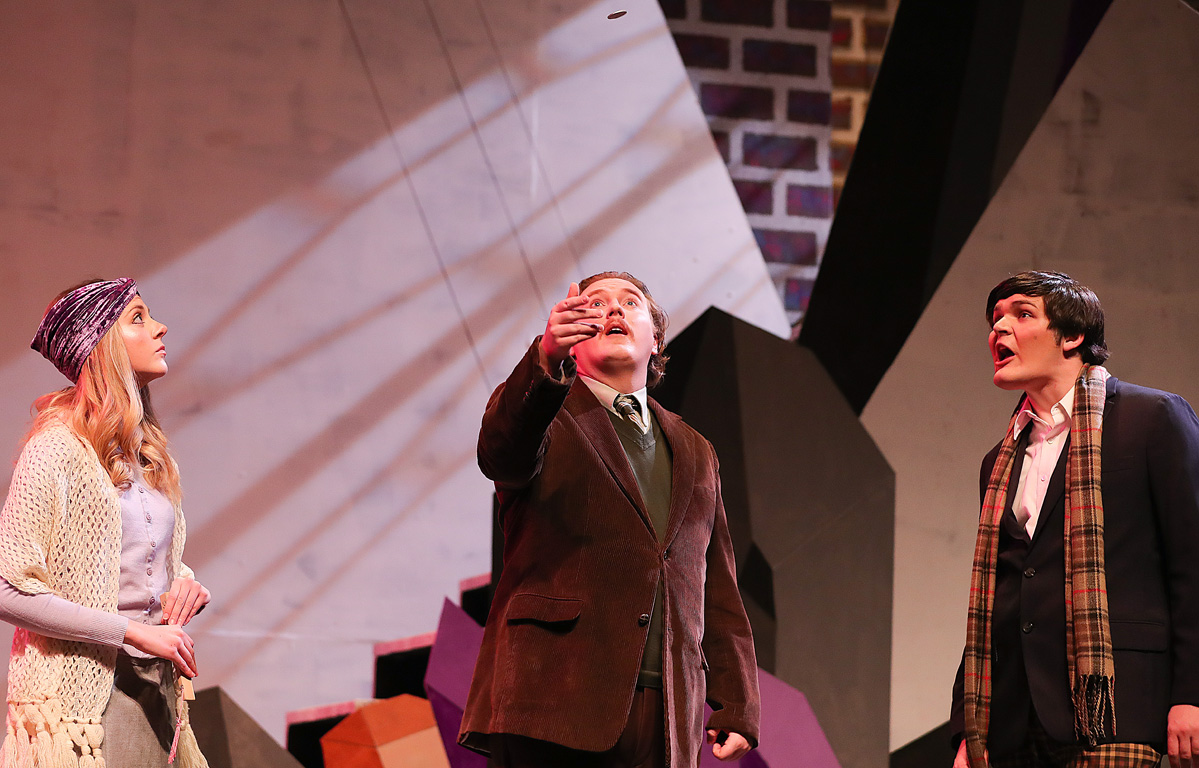 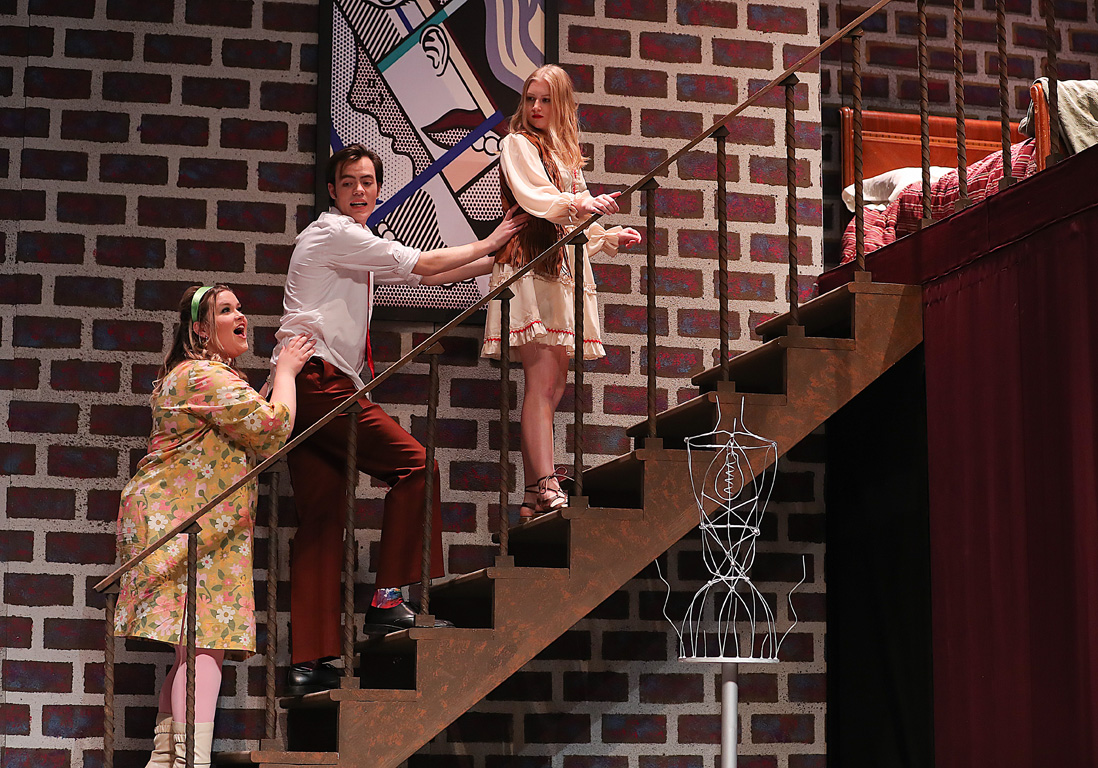