KEARNEY – Lee McQueen left his mark on the University of Nebraska at Kearney – quite literally.

As director of Facilities Management and Planning, he played a major part in dozens of capital improvement projects that have reshaped campus over the past 16 years.

Antelope and Nester halls, the Wellness Center, Health Science Education Complex and Central Utility Plant were all built after his arrival in August 2005. Five other residence halls, as well as the Bruner Hall of Science and Nebraskan Student Union, have been remodeled since then and the University Village vision began to take shape when Village Flats and the Plambeck Early Childhood Education Center opened in 2018 and 2019, respectively.

The project list – totaling more than $200 million in investments – goes on and on. 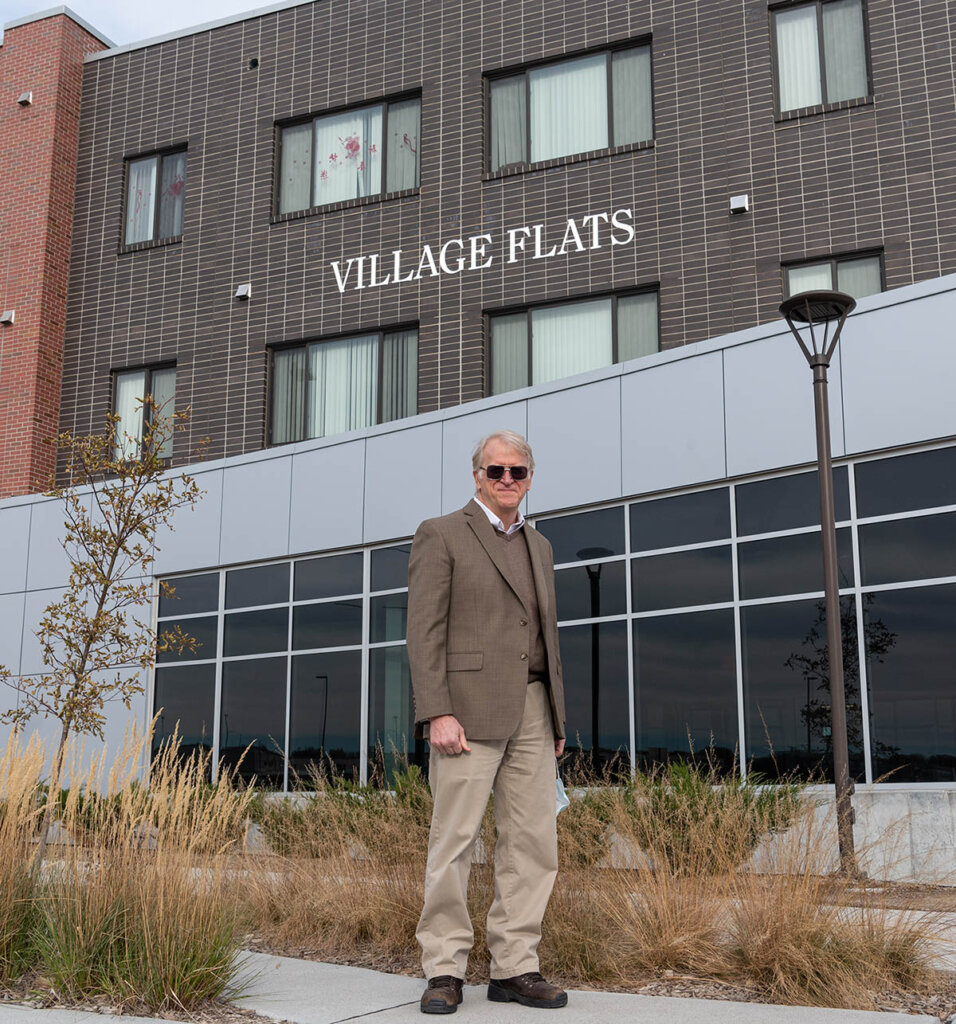 McQueen points to Discovery Hall, a state-of-the-art STEM facility that opened in fall 2020, as a prime example of the advancements made on campus.

“A lot of the construction is leading us in that direction,” McQueen said. “Discovery Hall was built deliberately to encourage faculty, staff and student collaboration. The Health Science Education Complex was also built with that in mind.”

Another big benefit is the building’s flexibility, allowing it to support both online and in-person instruction while easily adapting to future changes in STEM education.

Otto Olsen, which was replaced by Discovery Hall, the Plambeck Center and an addition to the Fine Arts Building, doesn’t offer that advantage.

“Structurally, Otto Olsen is a cool building,” McQueen said. “Unfortunately, it’s so structurally sound that it’s inflexible, and that was a drawback. It couldn’t adapt to what our teaching needs are.”

Demolition of the 66-year-old Otto Olsen building started last month. That was another important part of McQueen’s job.

“If you have a 1965 pickup, you can only change the engine so many times. Eventually you have to give it up,” said McQueen, a Kansas native who worked at Washburn University, Kansas State University, the University of Central Arkansas and Texas A&M University before coming to UNK.

Although the ribbon-cuttings and razings get all the headlines, McQueen is equally proud of his other undertakings.

He led projects that improved the university’s electrical grid and fiber network, expanded the centralized heating/cooling system and added more green space and perimeter trails to create a more pedestrian-friendly environment. Facilities Management and Planning also revised the campus solid waste/recycling system and spearheaded initiatives to reduce energy and water consumption. In 2017, UNK signed an agreement to purchase roughly 30% of its electrical energy from a solar park in northeast Kearney.

Despite the lengthy list to choose from, McQueen doesn’t single out any of these accomplishments when talking about his career.

McQueen knows how important the roughly 100 people who work in Facilities Management and Planning are to campus, whether they’re removing snow, mowing grass, cleaning buildings, handling a maintenance request, setting up for events, ordering supplies or operating the utility plant.

As he prepares for retirement – he’s on vacation until his official end date of Sept. 2 – McQueen can look back on his time at UNK with pride.

“It went by quick,” he said. “Sixteen years, but yet it feels like a short ride. It’s certainly been a fun ride. I’ve had some great experiences. It’s been fun to see where UNK is about to go.”

McQueen and his wife Patty have two adult children, daughter Megan in Kansas City and son Kurt in Jonesboro, Arkansas. They plan to stick around Kearney when they’re not traveling the country in their recreational vehicle.

“I would like to see all the national parks,” McQueen said. 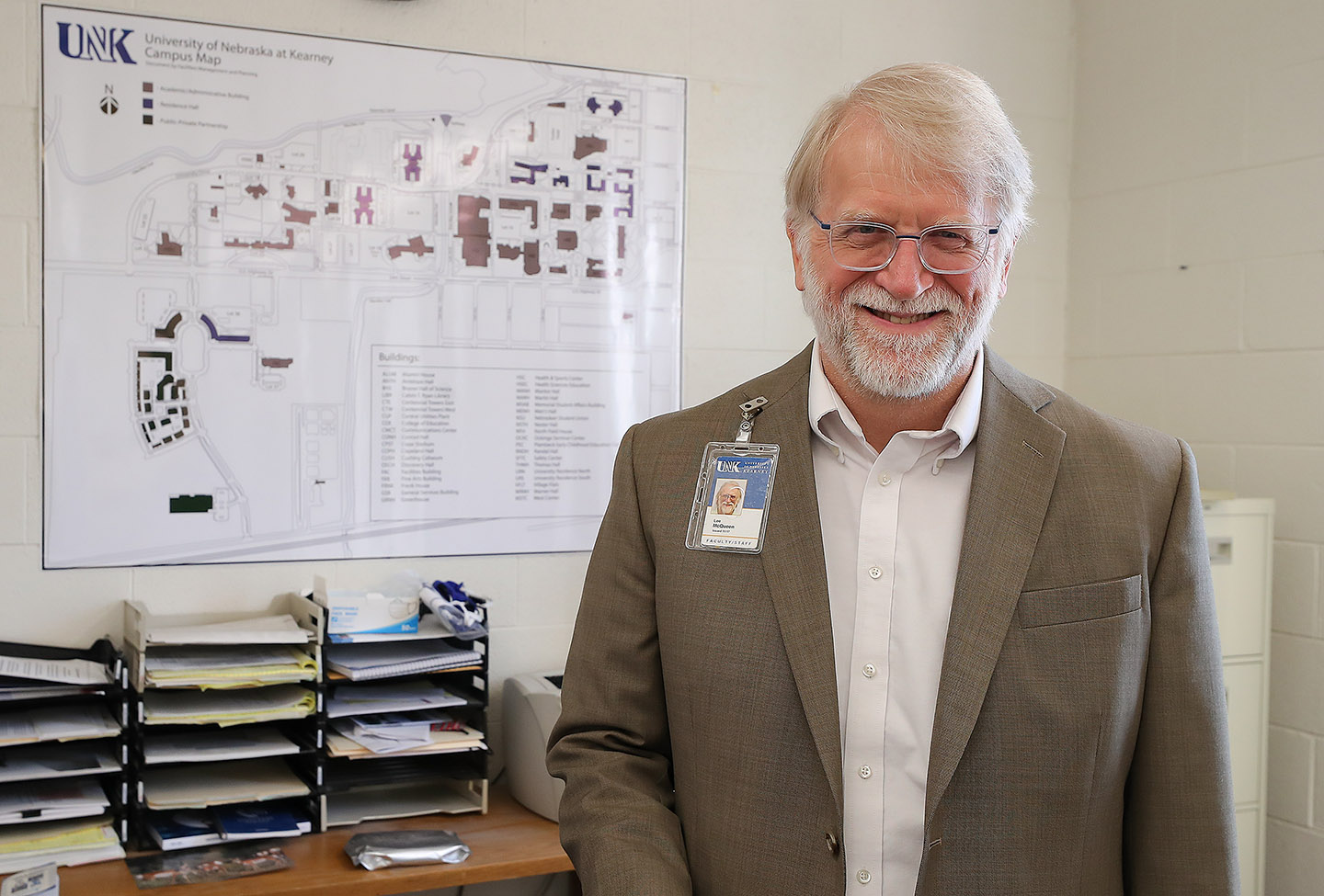