He loves to look at the progress on the city’s new indoor tennis complex, and he’ll use just about any excuse to drive by the construction site along North Railroad Street.

The University of Nebraska at Kearney head women’s tennis coach has been tweeting regular updates since the steel frame went up this spring.

“The excitement level is very high,” said Shafer, who can’t wait for the project to be completed.

A partnership between UNK and the city of Kearney, the $8.8 million facility will be a game-changer for the Lopers and other local tennis players.

It will be owned and operated by the city – with UNK providing operational and maintenance support – creating additional opportunities for tennis players of all ages.

“There’s been discussion about the need for an indoor tennis space for quite some time,” said Scott Hayden, director of Kearney Park and Recreation. “We have a really active tennis community in Kearney that’s been supportive and behind us. It should be a great addition to the community and University Village.”

The tennis complex will serve the UNK women’s team, as well as the Kearney Tennis Association and Kearney Park and Recreation.

“The main emphasis is on open community play,” Hayden noted. “We want to have at least 75% of the court time available for that.”

Currently, there are four indoor tennis courts located at the Buffalo County Fairgrounds. However, those courts, owned by the county, are starting to show their age. They’re also unavailable when the space is rented out for other events.

With year-round access at the new facility, which will be air-conditioned and heated, Hayden said the public can expect “a lot more availability.”

In addition to open play, the city-owned complex will host lessons, leagues and tournaments. Drop-down curtains allow the space to be divided into thirds, providing additional flexibility.

Shafer sees numerous benefits for the UNK tennis program, including improved access to practice space during cold or inclement weather and the ability to host more home competitions, particularly in February and March.

“It’s hard to measure how great this is,” he said. “It’s going to make a big difference.”

UNK has played indoor matches at the Grand Island Tennis Center in previous years, but that’s “less than ideal,” according to Shafer. With an indoor facility on campus, there’s no longer a need to travel for home events.

The Lopers will continue to use the outdoor courts at Harmon Park, as well.

Shafer, who will have an office at the new complex and the Health and Sports Center, also views the indoor facility as a recruiting tool.

He already submitted a bid to host the Division II National Women’s Team Indoor Championship in 2023 and 2024. The Intercollegiate Tennis Association event showcases eight of the best Division II women’s tennis teams during a three-day tournament.

Kearney’s selection as a host site would give UNK a chance to play against top competition while gaining national exposure. Of course, local businesses would also benefit when the players, coaches and fans are in town.

“The ways in which this new facility provides value are numerous,” Shafer said.

The indoor tennis complex is expected to be substantially complete in February 2022. An opening date has not been set. It will be named the Ernest Grundy Tennis Center in honor of the longtime Kearney State College English professor who developed youth tennis programs, contributed to the formation of the Kearney Tennis Association and organized local tournaments and intercity matches.

The project is primarily funded through private contributions and a $1.125 million grant awarded to the city by the state’s Civic and Community Center Financing Fund. 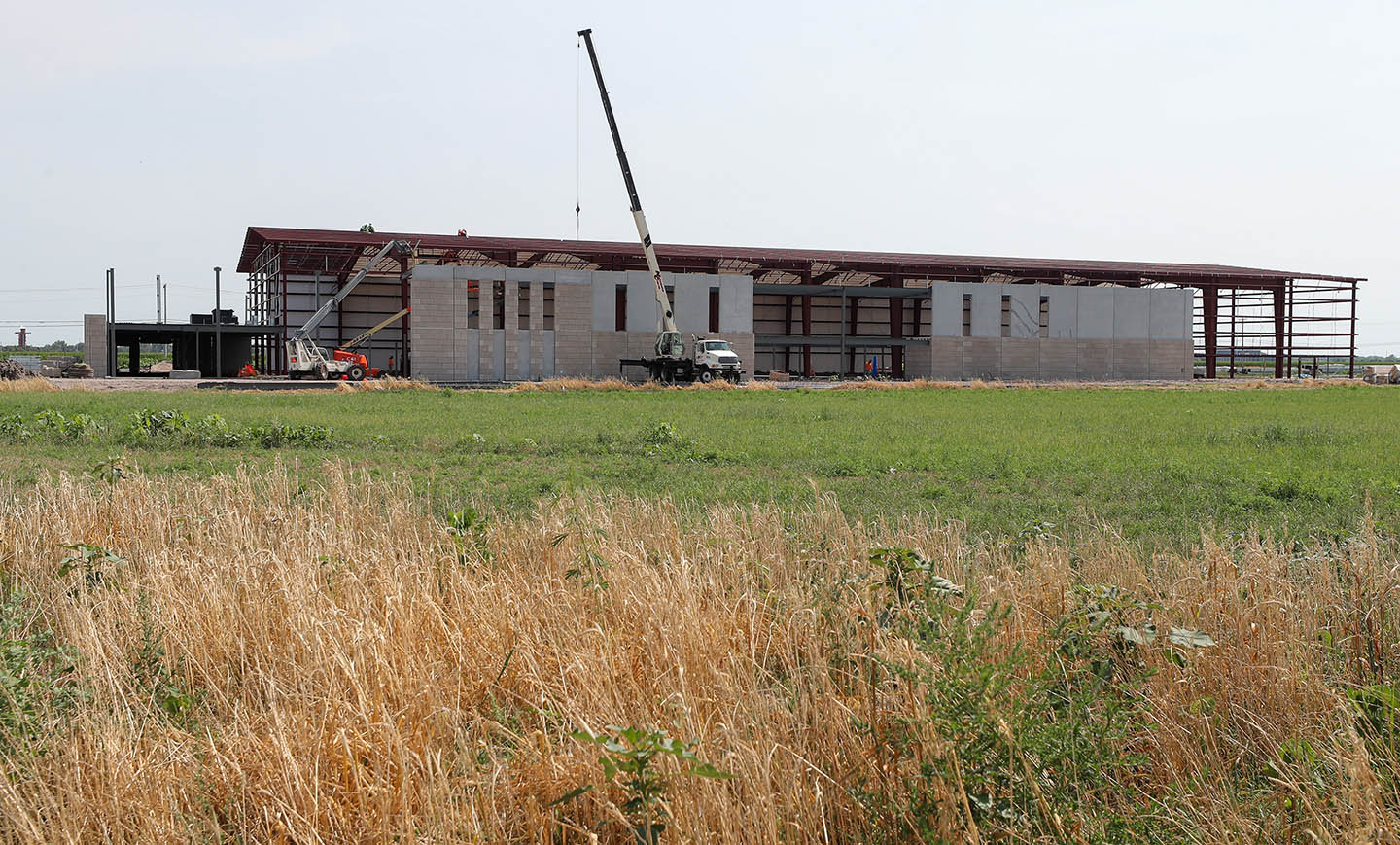