Allison Bauer is no different, except her role models weren’t players on the field. When Bauer watched football games on TV, she was more captivated by the cheerleaders.

“I knew that was something I wanted to be,” she said, “I just didn’t think it would be in the cards for me.”

The 24-year-old University of Nebraska at Kearney graduate just proved herself wrong.

Bauer will represent the Denver Broncos as a member of the NFL team’s 2021 cheerleading squad. She was selected last weekend after going through tryouts for the second consecutive year.

“I feel like I’m still in shock,” Bauer said Wednesday. “I’m very proud of myself, but I also didn’t know this is the direction my life would take me in this year, so I’m very excited.”

The Kearney native’s first-ever NFL game is Aug. 28, when the Los Angeles Rams visit Empower Field at Mile High for a preseason contest.

It’s a moment she’s spent her entire life preparing for. 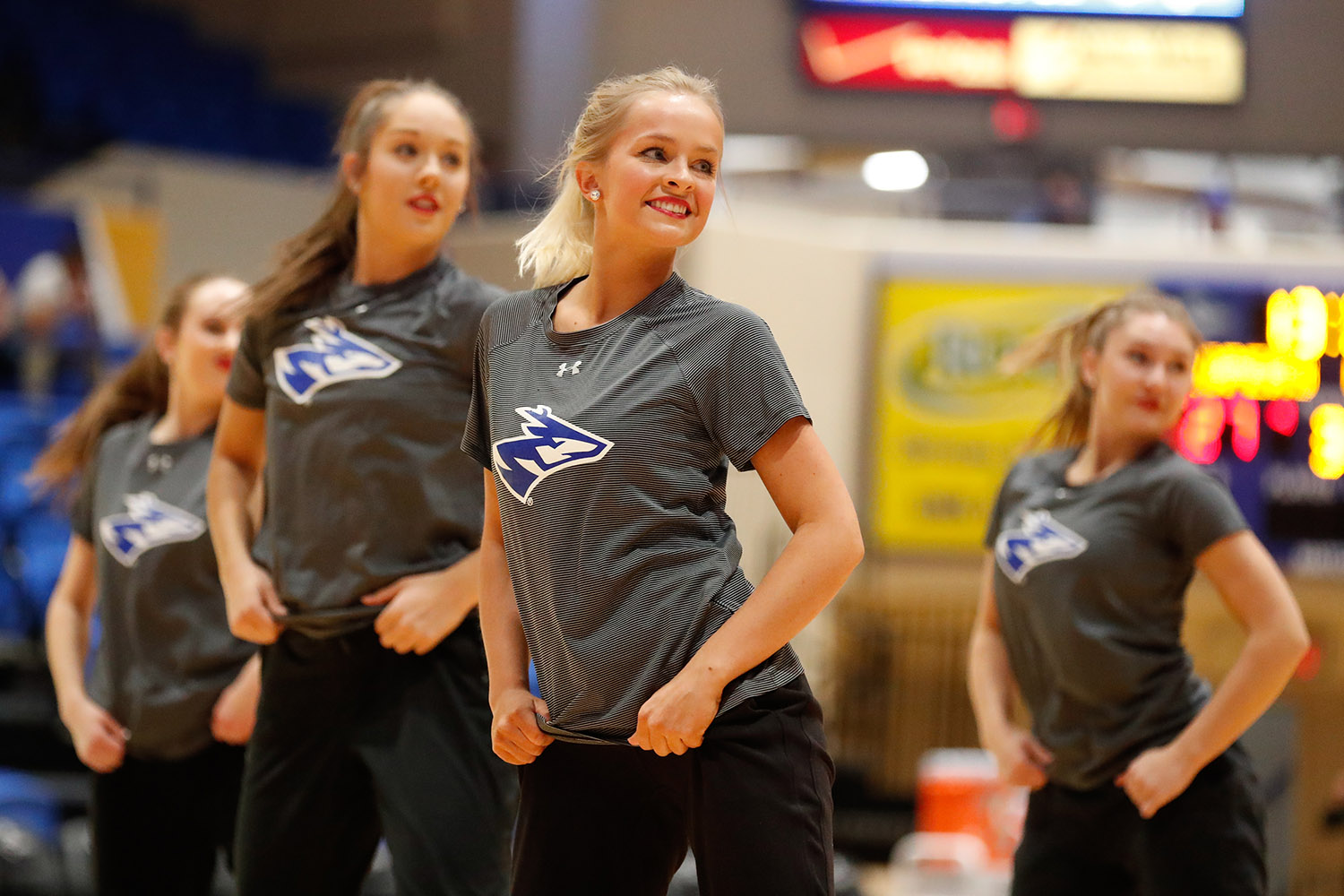 Bauer has been a dancer “forever and ever.”

She got her start at age 3, when her parents Marc and Beth enrolled her in classes at Kearney School of Dance and Gymnastics. She joined the school’s competitive dance team as a third grader and began performing at regional and national events.

“That’s when I really fell in love with dance,” Bauer said. 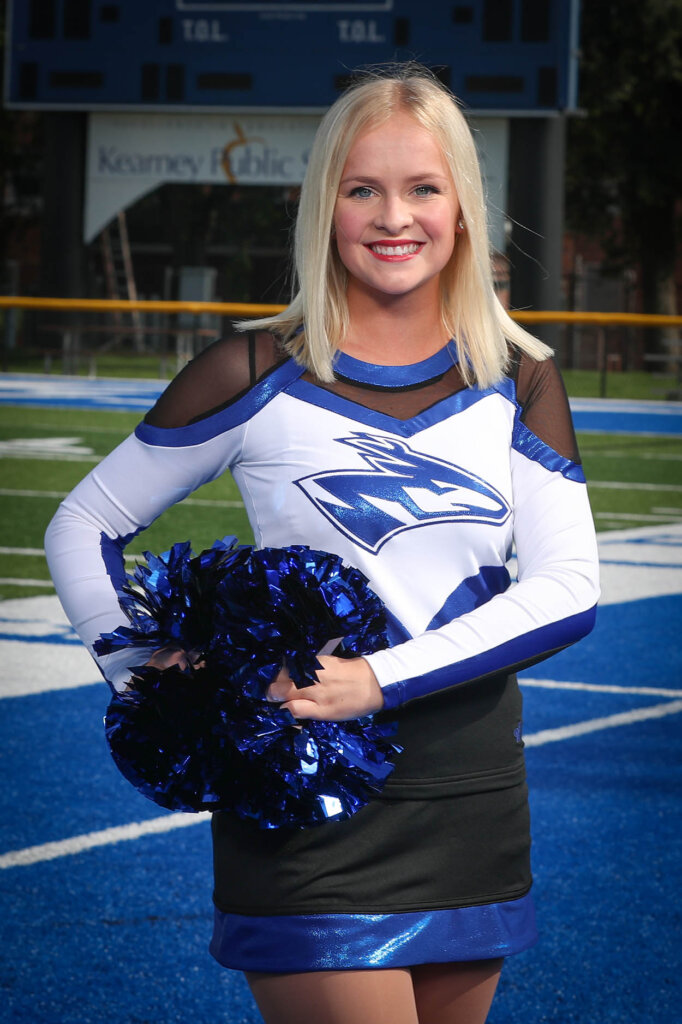 After graduating from Kearney High School, where she was a member of the Dance Catz for three years, Bauer enrolled at UNK. That decision was a “no-brainer.”

Bauer’s father Marc was UNK’s head wrestling coach at the time – he’s the current athletic director – and her grandfather David served as the university’s choir director for 35 years. All three of her siblings attended UNK, as well.

“I definitely grew a lot as a dancer at UNK,” said Bauer, who performed at home football and basketball games and other campus and community events as a four-year member of the Sapphires dance team.

The former Alpha Phi sorority member also gained valuable communication and leadership skills during her time at UNK, allowing her to serve as captain of the dance team in 2018-19.

“UNK is where I learned to take more initiative,” said Bauer, who graduated in December 2019 with a degree in K-12 health and physical education.

She moved to Fort Collins, Colorado, that same year and earned a spot on the professional dance team representing the Colorado Eagles, the American Hockey League affiliate of the Colorado Avalanche.

“When I moved to Colorado and made the Eagles, that’s when it wasn’t a dream anymore,” she said. “It just became a goal. That showed me I’m on the right path and dance can be something I could turn into a career.”

The Denver Broncos Cheerleaders are the best of the best.

Roughly 300 people audition each spring, including returning members, but only the top 26 make the squad.

Bauer was a finalist in 2020, then COVID-19 ended tryouts early and the team decided not to add any new members.

“They told us it wouldn’t have been a regular season and they wanted us to have the full experience, so they didn’t feel it was fair to bring in new rookies for last year,” she explained.

There was a consolation prize, though. All of the finalists from 2020 automatically advanced to the same stage this year, moving them past the first two rounds of cuts.

Bauer and 60 others participated in finals week, when they were judged on their dance ability, personal accomplishments, community involvement and football knowledge.

“There was definitely a lot of research about the team going into finals,” Bauer admits. “There was a lot of studying.”

With the exception of her mother Beth, a longtime Broncos fan, Bauer was raised in a Kansas City Chiefs family. But she’s more than happy to don the orange and blue.

Bauer is already making a positive impact for the organization, with several friends and family members agreeing to cheer for the Broncos – as long as they aren’t playing their AFC West rival.

In addition to performing during home games, the Denver Broncos Cheerleaders appear at promotional and charity events, serve community organizations and lead a junior cheerleading program for youths ages 6-12. They also visit U.S. military bases around the world and support service members by sending supplies and gifts during the holiday season.

Cheerleading practices start June 1, and she plans to move from Fort Collins to Denver in August.

“I’m very eager to get started,” Bauer said. “I know this is probably going to be one of the most challenging years in my life, but it’s also going to be an exciting experience. Through these challenges and new opportunities, that’s the greatest way to grow as an individual and as a dancer.” 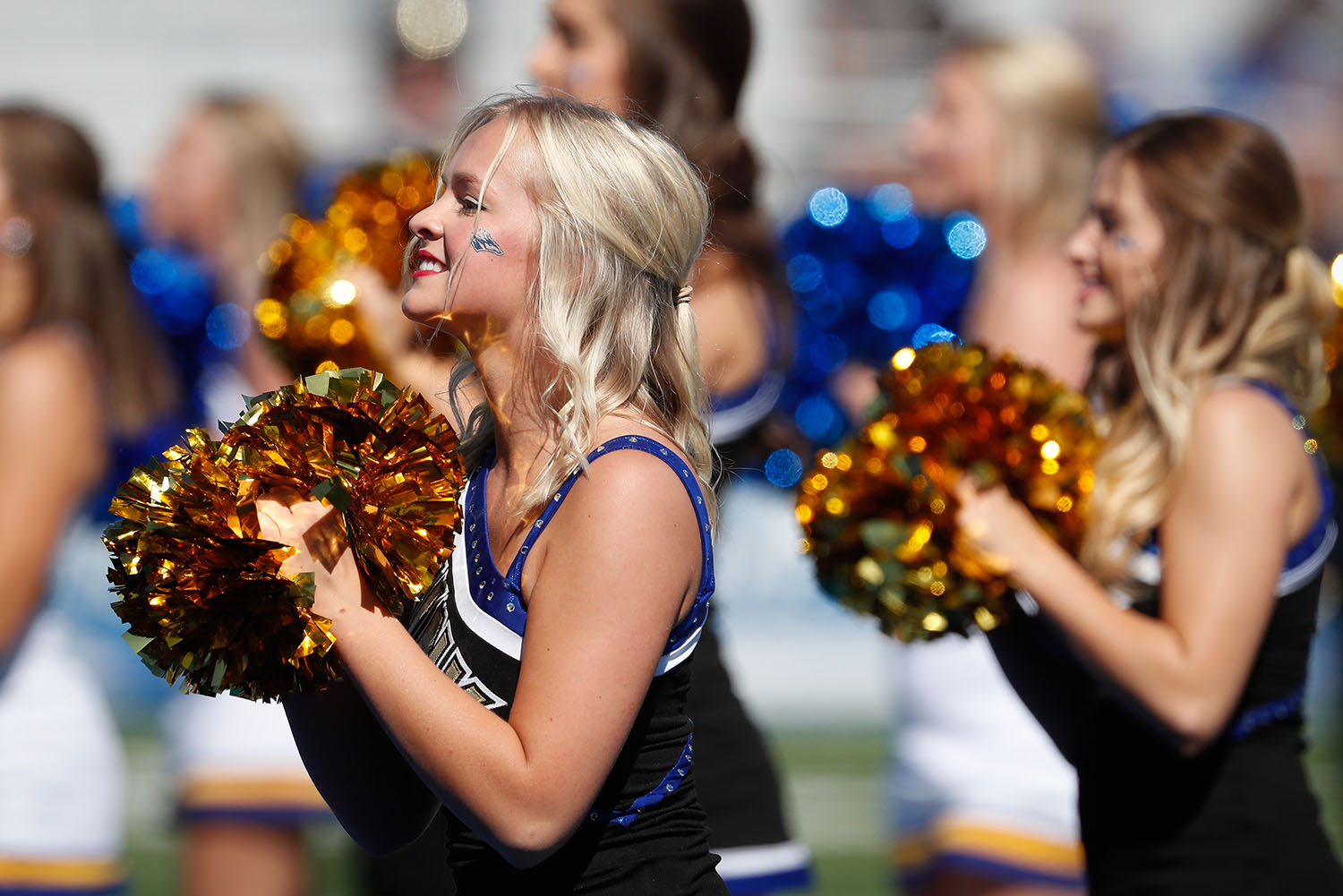