KEARNEY – Shahram Alavi had opportunities to leave the University of Nebraska at Kearney.

In a field like computer science, there’s always a demand for workers in the private sector. And companies were willing to pay top dollar to lure him away.

So why did he stay?

“I felt the satisfaction of teaching wasn’t there,” said Alavi, who is retiring after 38 years at UNK.

An assistant professor in the department of cyber systems, Alavi “had one eye on teaching” before he accepted his first and only job in higher education.

Initially, he worked as an accountant and auditor.

Alavi earned a bachelor’s degree from the Institute of Advanced Accounting in Tehran before moving to the United States for graduate school. He continued down the same path in the U.S., receiving a master’s degree in accounting from Oklahoma City University, then decided he needed a background in computers to be an effective auditor. That led him to the University of Arkansas, where he earned a master’s degree in computer science.

“When I started working with computers, I liked it so much that I stayed in it,” Alavi said. “I didn’t go back to accounting.”

Alavi began his teaching career in August 1983, when UNK was still known as Kearney State College. He figured he’d stick around for three or four years before moving on, but ended up staying for nearly four decades.

“I realized Kearney is a nice, quiet town, a friendly town, and a nice place to raise a family,” he said. “I also felt that my colleagues within the department were very supportive and willing to work together.”

Alavi’s wife Shahla earned a Master of Business Administration from the school and started working on campus in fall 1989. She taught in the former computer science and information systems department for 20 years before transitioning to Information Technology Services (ITS).

All three of their children – Shervin, Shervan and Shabahang – also graduated from UNK.

He compares computer science to medicine, noting the number of specialty areas that have emerged.

“We have experts in databases, operating systems, artificial intelligence and big data. The field is constantly changing, and keeping up with it is a challenge,” said Alavi, whose specialities are programming and system administration.

There’s one thing that hasn’t changed, though.

“We still have a shortage of workers in the IT field,” Alavi said.

One of the most satisfying aspects of his UNK career was helping fill this need locally, nationally and globally by training highly qualified graduates who are ready to enter the workforce.

“My biggest accomplishment was seeing the students succeed and knowing I had a small role in that,” he said.

Alavi also enjoyed collaborating with his colleagues. Those interactions with students and fellow faculty are what he’ll miss the most.

“That was one of the main reasons why I stayed here,” he said. “UNK provided me the opportunity to do what I like the best.”

As a retiree, Alavi plans to spend more time volunteering and traveling. Two of his sons – Shervin and Shabahang – live in the Dallas, Texas, area and he has three grandchildren to visit.

His wife Shahla, an instructional designer with ITS Academic Technology, will continue working at UNK.

“Somebody should bring home the bacon,” Alavi said with a smile. 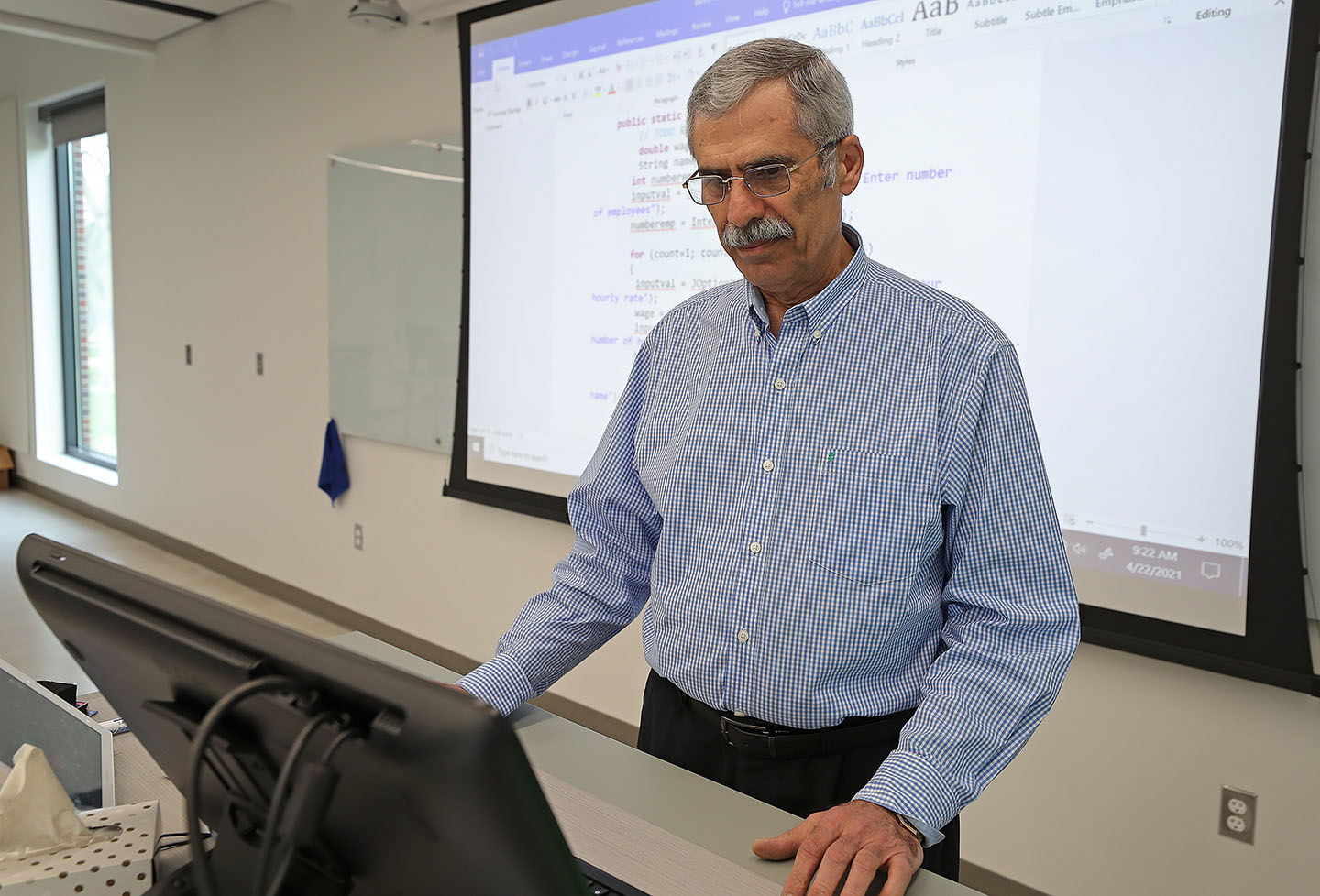