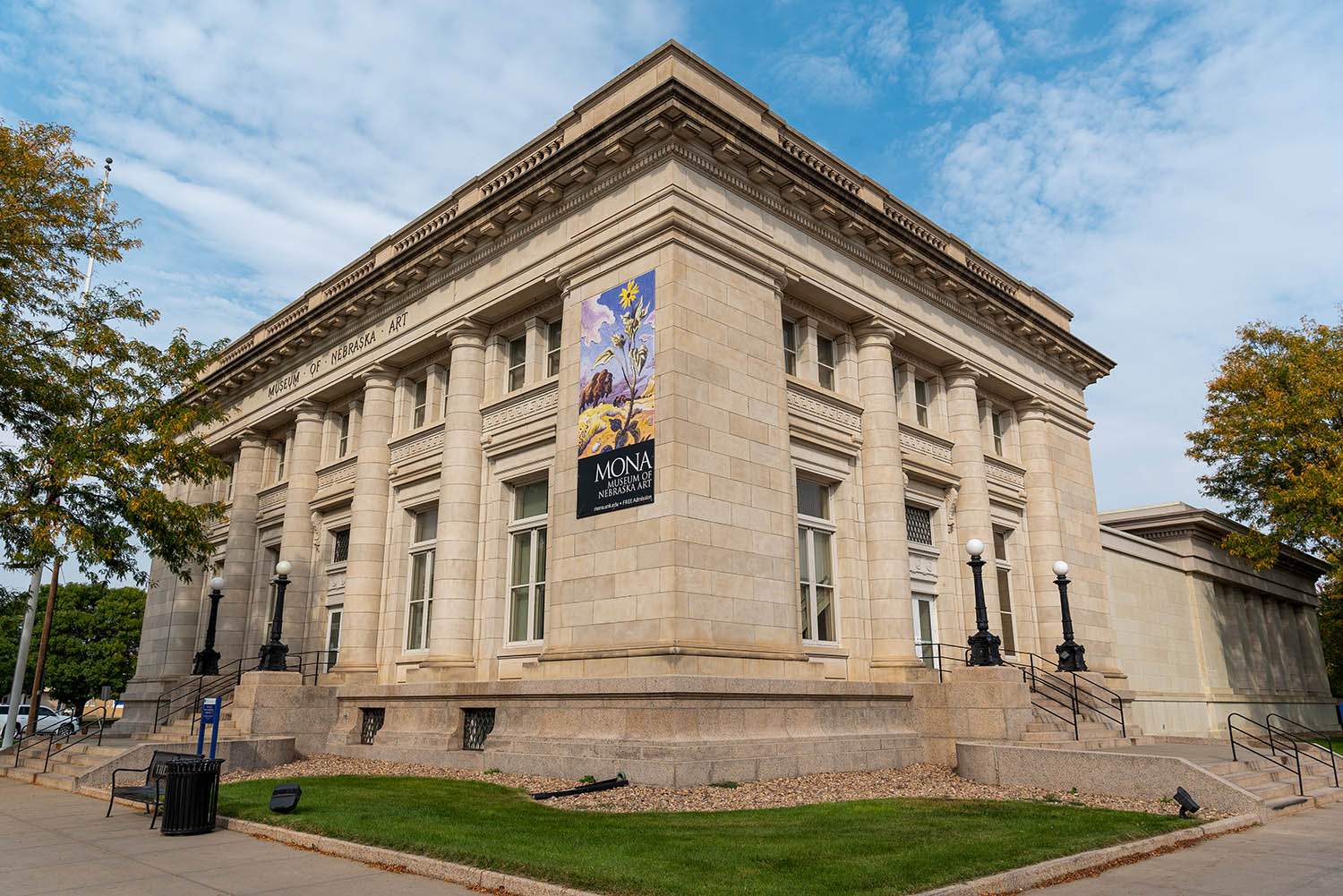 KEARNEY – The Museum of Nebraska Art (MONA) is embarking on a plan to restore, renovate and expand its facility as steward and home of the Nebraska Art Collection.

Museum leadership has reimagined how MONA can be a source of discovery and delight through educational programming and events, in addition to offering more inviting galleries, exhibits and indoor/outdoor public spaces.

“We are committed to our mission of being the home of the official visual arts collection of the state of Nebraska that was established by the Nebraska Legislature in 1979. MONA is the only museum dedicated to telling the story of Nebraska through the art of Nebraska,” said Marilyn Hadley, president of MONA’s Board of Directors. “Our plans call for adding more space to accommodate our growing collection, and to rejuvenate our facilities, plus add new amenities, such as outdoor green spaces for the enjoyment of our citizens and visitors. We are proud to call Kearney home, and we are very grateful for the support over the years from the Kearney-area community. We recently presented our plans to the Kearney Downtown Improvement Board, and we appreciated their very positive response to our plans to make the downtown area even more vibrant.”

“The need to expand, restore and renovate our current facility to meet future needs has been evident for more than a decade and was formally recognized in the MONA strategic plan 2015-2020,” said Hadley. “The strategic plan provided the impetus for an expansion and restoration/renovation project that has been under study for the past four years.”

Located at 2401 Central Ave. in downtown Kearney, MONA is housed in a 1911 former post office building that was purchased in 1986 and renovated twice, with the last renovation in 1993. The Neoclassical building is on the National Register of Historic Places. The plan is to restore and renovate MONA’s 25,000 square feet and construct a 16,000-square-foot expansion.

“We are positioning MONA to be the destination for Nebraska artists and collectors as well as for our local citizens and visitors to the region. We have carefully researched and planned for new programming that is relevant and pays attention to the needs of present and future patrons. Based on the programming needs, we are defining space allocation to enhance the visitor experience,” said Nicole Herden, executive director of MONA.

Beginning in June 2019, museum leadership began working with Jon Maass, a New York-based architect, project director and owner’s representative, to undertake a comprehensive space programming process researching and defining needs for a rejuvenated facility. Then in June 2020, it began working with Mark Bacon and his Lincoln-based BVH Architecture team members who have created a conceptual design and are creating a more detailed schematic design based on the programming plan for the museum.

MONA is governed by a statewide board of directors in collaboration with the University of Nebraska at Kearney.

The initial collection was about 30 artworks, which has grown to a permanent collection of more than 5,000 pieces. From works created by indigenous peoples of Nebraska more than 200 years ago to contemporary works, the expansion will allow visitors to experience its permanent collection in new ways. MONA’s signature ARTreach program brings traveling exhibits to various communities throughout Nebraska. The expansion of the museum will enable this crucial program to grow and enhance its ability to share the Nebraska Art Collection even more broadly.

“This is an exciting opportunity for the community and the state, and for the University of Nebraska at Kearney,” Chancellor Doug Kristensen said. “MONA is a treasure and its impact will be increased through this visionary project, which is being boldly led by the board and Nicole. More than ever, arts are being celebrated, and the state, region, country and the world will have greater opportunity to more fully engage with the art of Nebraska through this project.”