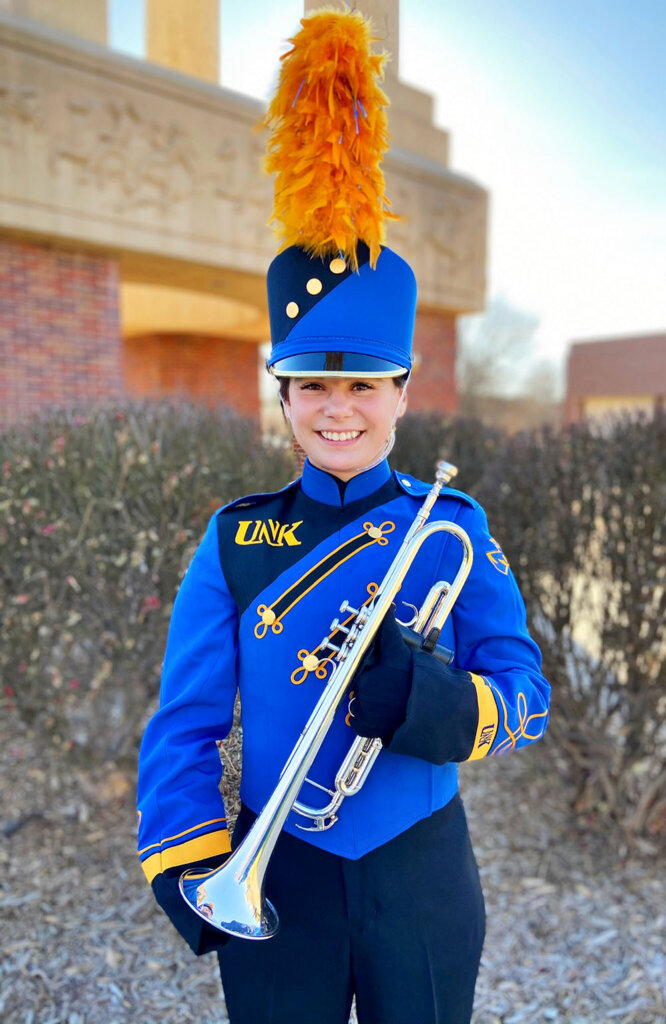 KEARNEY – University of Nebraska at Kearney sophomore Sadie Uhing will be part of a virtual halftime show for college football’s biggest game.

Comprised of nearly 1,500 students from 200 schools representing 45 states and Puerto Rico, the marching band will perform Beyonce’s “End of Time” in a video that premieres online during halftime of the College Football Playoff National Championship.

“This is a wonderful opportunity to showcase the many talents of our marching band students across the country. Despite a challenging fall season that has disrupted football and marching bands alike, having the chance to perform means so much to our students,” said Brian Alber, director of UNK’s Pride of the Plains Marching Band.

Because of the COVID-19 pandemic, members of the College Band Directors National Association Intercollegiate Marching Band were asked to record individual performances, along with choreography, while wearing their respective marching uniforms. GPG Music will edit the video clips into one virtual marching band show shared during the Jan. 11 national championship game.

“I’m extremely proud of Sadie for being selected for this honor and I look forward to the performance,” said Alber.

Uhing plays trumpet for the Pride of the Plains Marching Band and she’s a co-section leader.