The new teacher education chair at the University of Nebraska at Kearney is all about creativity and innovation, and he’s never satisfied with the status quo.

“Some people would describe themselves as an outside-the-box thinker. I don’t have a box,” Kemp said. “If you’re an outside-the-box thinker, you have a preconceived notion of what that box is and you’re doing something a little different than that. I say push the box away and let’s do something completely different that no one’s conceived before.”

This mentality is a major influence on Kemp’s career as an educator. 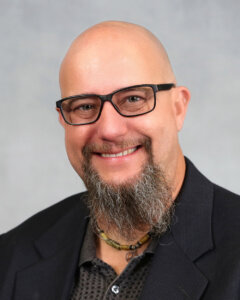 He wants to infuse punk rock ideology into public education, creating a 21st-century learning environment that’s engaging, supportive and free from the restrictions placed on students and teachers in years past.

Kemp promotes a do-it-yourself approach that allows students to explore topics, brainstorm ideas and come up with solutions. By extending the conversation beyond a singular “right” answer, every voice has value.

“As educators, we need to focus on the process of learning and encourage students to be critical and creative thinkers,” Kemp said. “I’m very much about creating student-centered classrooms at all levels where student input is not only asked for, it can be used as a teaching tool.”

He’s also a strong supporter of diversity and inclusion who works to raise awareness of social issues. His own appearance is a lesson in this area.

The 51-year-old prefers a sport coat, short-sleeved shirt and choker necklace over a fancy suit and tie, and his 37 tattoos, including full sleeves on both arms, tend to catch people by surprise.

This look definitely matches his personality, but it’s not the vision many people have for an associate professor.

In the classroom, Kemp uses his students’ reaction to teach a simple, yet important, lesson. Don’t define someone based on looks alone.

“That’s what a good teacher needs to do is not have those assumptions,” he said.

A native of Melbourne, Florida, Kemp’s motivation to become an educator was actually born out of the frustration he experienced in a high school English class.

“It was dull. It was uninspired. There wasn’t any latitude for students to truly have an opinion,” he said. “I knew I could do better, and it had nothing to do with the fact that I was failing the class.”

After earning a bachelor’s degree in English from the University of South Florida, Kemp pursued a Master of Education in curriculum and instruction at South Dakota State University, receiving that degree and his teaching certificate in 1997. He taught English at Rockledge High School in Florida for 10 years and added a Doctor of Education in curriculum and instruction from the University of Central Florida, launching his career in higher education.

Kemp spent three years as an assistant professor in the department of teaching and learning at Northern Illinois University and 10 years at Augusta University in Georgia, most recently serving as an associate professor in the department of advanced studies and innovation and a diversity and inclusion fellow. He’s also president of the American Association for Teaching and Curriculum.

After working under 11 different department chairs in 13 years, Kemp started to feel the same frustration he experienced as a high schooler. He wanted more creative freedom as a faculty member, something he wasn’t getting in Georgia.

“As long as you were checking the boxes, you were doing a good job,” he said.

That’s not how he plans to run the teacher education department at UNK.

“I want to give faculty the freedom and latitude to explore things they’ve wanted to try,” Kemp said. “I want to know what they do, and make it so they can do that the best they can.”

Kemp, who started his position at UNK on Aug. 17, called K-12 education “the most important job there is.” And he intends to maintain UNK’s reputation for training top-notch teachers.

“Teacher education is a big part of not only the College of Education, but also the university and the local community. Those things are important to me,” Kemp said. 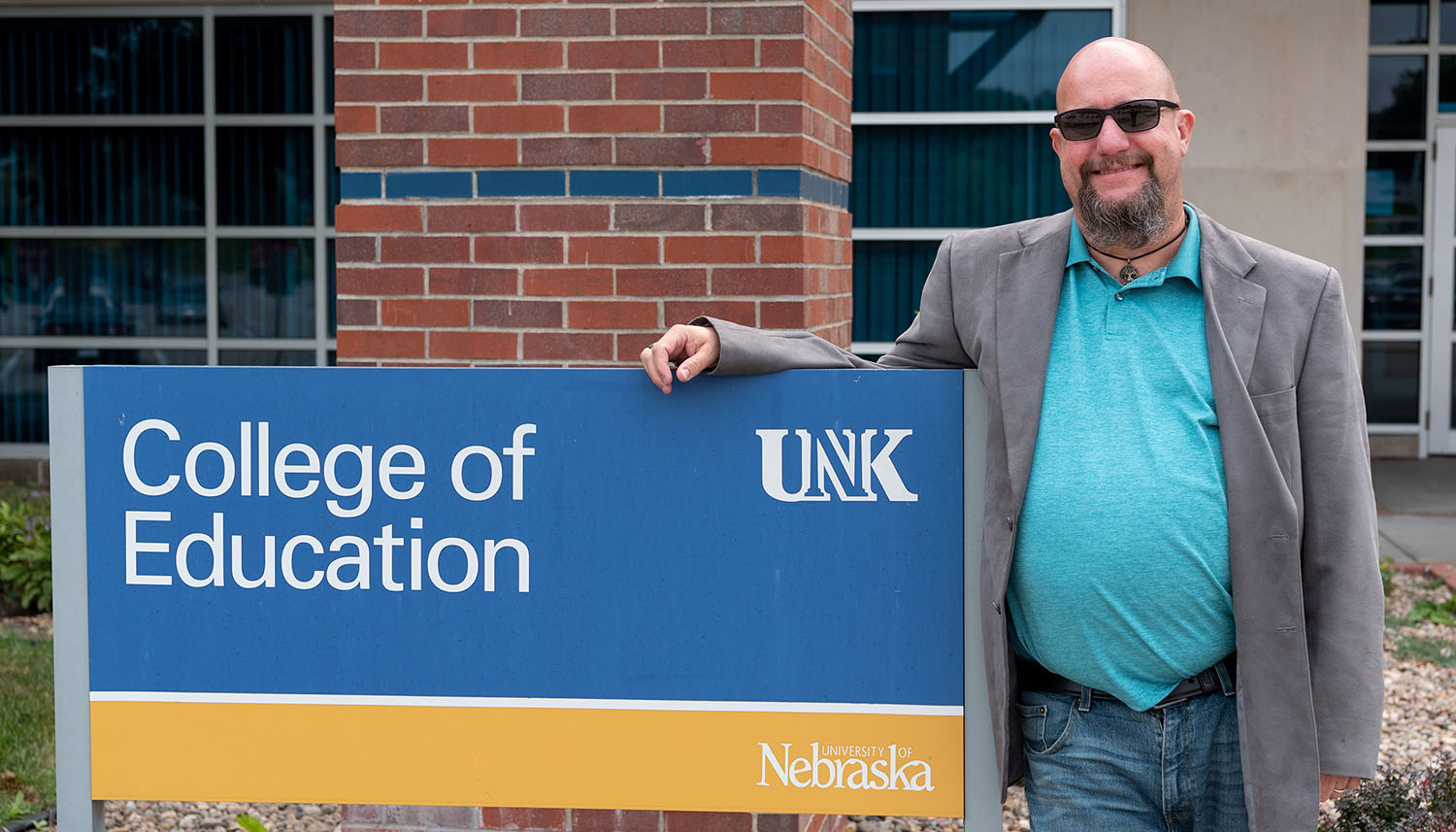