KEARNEY – Work is underway on a pair of construction projects that will improve the University of Nebraska at Kearney’s electrical grid and expand a sidewalk along the south side of campus.

The first project replaces a section of sidewalk removed last year when the Nebraska Department of Transportation reconfigured U.S. Highway 30.

A 12-feet-wide concrete path for pedestrians and bicyclists will be poured in this area. The path will connect with the new walkway southeast of Warner Hall, extend around the curve south of Bruner Hall of Science and end southwest of Thomas Hall.

This work is expected to be finalized in mid-November.

Another recently started project is needed to improve the campus electrical grid west of the canal. 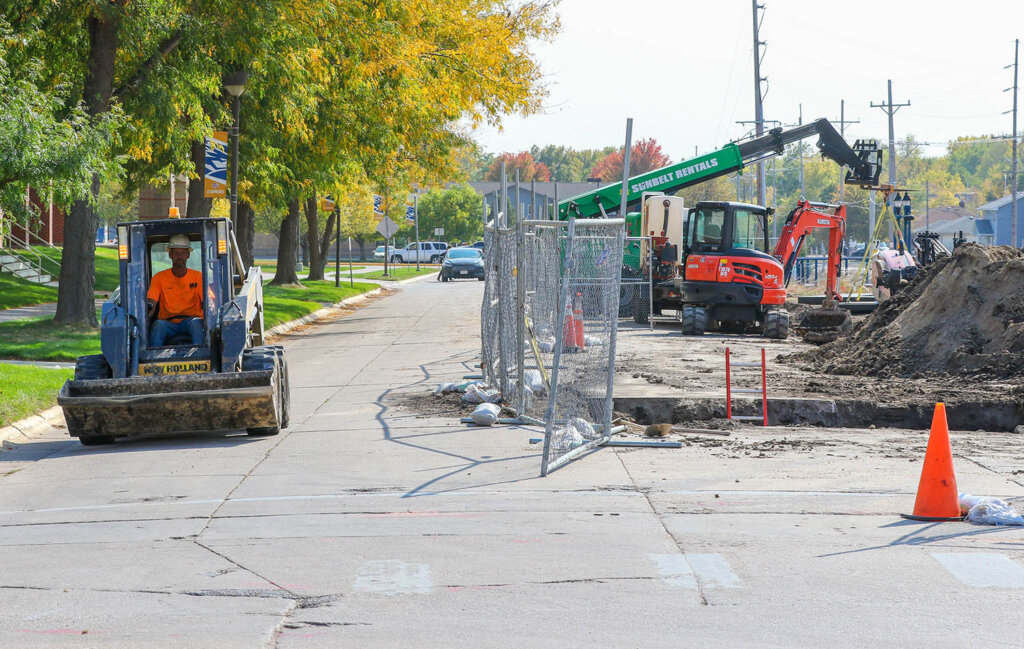 The project, which will be completed in three phases, begins along 15th Avenue near University Drive and continues south to Highway 30 before extending west along the south side of campus.

A medium-voltage electrical feeder encased in concrete will be buried in a 4-foot trench to provide a redundant power supply for west campus and protect the area against outages. The feeder will also connect existing University Village loads to the campus grid.

Phase 1 of the project starts at the Central Utility Plant, bores under University Drive, then extends south and west to the east edge of the College of Education entrance along Highway 30. This phase is expected to be complete in mid-November.

The hike-bike trail east of the College of Education building will be removed and replaced when trenching is complete. At least two of the three pedestrian routes across the canal will remain open during this portion of the project. Maintaining access to Payne Bridge between the College of Education and Health and Sports Center is a priority. Access to and parking along 15th Avenue will be impacted at times.

Phase 2, scheduled for mid-November through December, starts south of the College of Education and continues west before ending between the West Center entrances from Highway 30. The contractor will work with UNK to ensure 19th Avenue and the Lot 27 entrance from Highway 30 aren’t closed at the same time.

Phase 3 extends west and north, ending northwest of West Center. The contractor will bore under Highway 30 to connect the feeder to University Village. This phase is expected to last from early January until April.

Some Phase 2 and Phase 3 work may start earlier to reduce the amount of construction during winter months. Fencing will be installed as needed and removed when a section is complete.

The site will be restored with a 12-feet-wide concrete path, including pedestrian lighting, extending from southeast of the College of Education to the Health Science Education Complex. Landscaping will be completed in the spring. 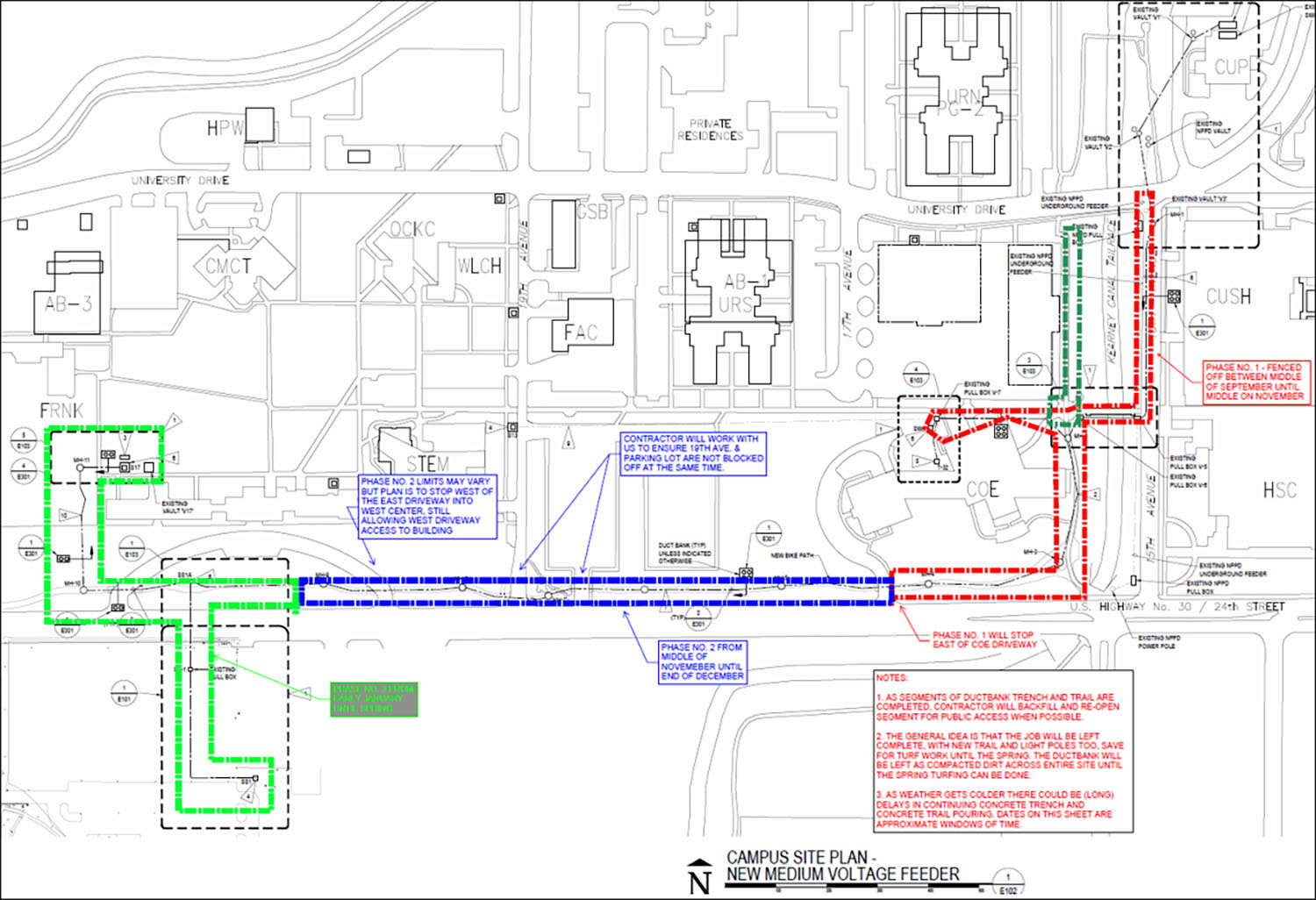