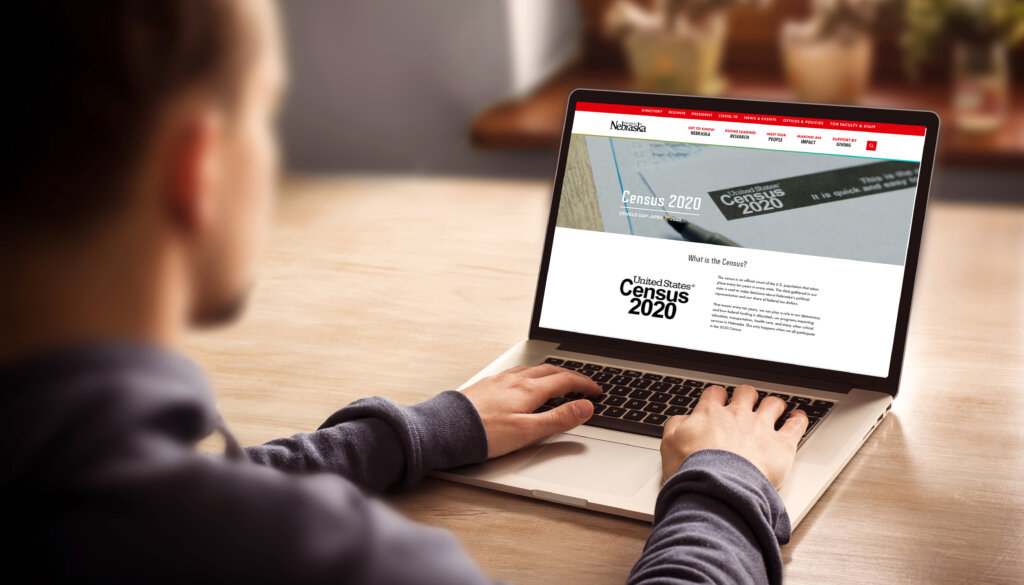 With data collection set to end on Sept. 30, a month earlier than planned, members of the University of Nebraska community are being urged to complete the 2020 Census as soon as possible to ensure Nebraska receives appropriate federal funds for schools, health care, housing, roads and more.

The Census is a once-a-decade federal effort to count every person in the United States. Counts are used to direct billions of dollars in federal funds to local communities for public services. Census counts also determine political representation at every level of government, including the number of seats that each state gets in Congress. 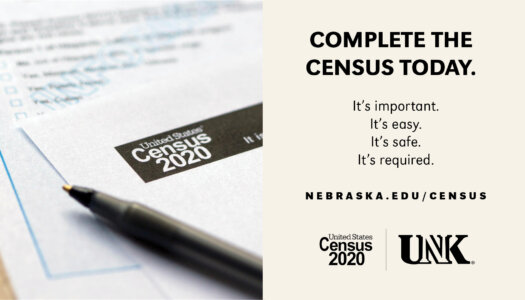 Census counting initially was to conclude by the end of July, but the timeline was extended by three months given the challenges presented by the pandemic. The Census Bureau later announced, though, that it would end its count earlier, on Sept. 30.

To date, 70.1 percent of Nebraska households have completed the Census – the fourth-highest response rate in the nation and above the U.S. average of 64 percent. In Lancaster, Douglas and Buffalo counties, where NU’s main campuses are located, response rates are 76.8 percent, 71.5 percent and 71.1 percent, respectively.

However, a number of Nebraska counties still lag their response rate of 2010, and completion is lower in many rural parts of the state.

“Nebraskans have done a great job so far of responding during a difficult year that has disrupted all of our normal routines,” said Josie Schafer, director of the Center for Public Affairs Research at the University of Nebraska at Omaha. Schafer co-chairs a system-wide team of faculty and staff that has been working throughout the year to promote Census completion.

“There’s still lots of room to improve. With only a month to go, our goal is to make sure every Nebraska resident is counted once and in the right place. We urge every Nebraskan to do their part in this high-stakes effort for our state.”

Based on figures from the 2010 Census, more than $2,000 per person comes back to Nebraska each year in federal funds. That means that for every person who is not counted in the 2020 Census, Nebraska could lose $20,000 in federal funding over the next 10 years.

The Census also guides political apportionment. While Nebraska is not at risk of losing a seat in Congress, Census counts will be used in a redistricting process that will impact political representation at every level of government.

Students living in NU’s residence halls and Greek houses have already been counted as part of the Census’ “group quarters” effort, and no action is necessary on their part. Students who live in off-campus houses or apartments, however, should make sure they are counted where they live most of the year.

Complete information and resources are available on the University of Nebraska system’s website here.