The priority candidate to serve as University of Nebraska president grew up in Burrillville, Rhode Island, and he sees a lot of similarities between the two communities.

“The fact that we’re here at the University of Nebraska at Kearney is not a mistake,” Carter said Friday. “I wanted to come here first.”

Carter, the immediate past superintendent of the U.S. Naval Academy and a former president of the U.S. Naval War College, kicked off a series of university and community forums in Kearney, where he met with UNK students, faculty and staff on Friday before holding a public event Saturday morning at Cunningham’s on the Lake. He’ll travel to communities across the state during a 30-day review period, after which the NU Board of Regents could appoint him as the university system’s eighth president.

A retired vice admiral who left the Naval Academy in July, Carter views the University of Nebraska presidency as an opportunity to take his experience in higher education to the next level, saying the position called to him.

“I’m humbled to be in consideration for this job,” he said.

The only person to serve as U.S. Naval Academy superintendent for five consecutive years, Carter pointed to UNK’s “community feel,” affordable tuition and strong job placement rates as advantages for the Kearney campus.

“This is a unique town in the state of Nebraska,” he said, describing Kearney residents as genuine, sincere and hardworking. “People should want to see what’s happening here.”

Carter, who comes from a family of educators, noted UNK’s role as an economic driver in greater Nebraska.

About 92% of UNK students accept a full-time job or advance to higher education after graduation, and roughly 80% of those graduates remain in Nebraska to work.

“It’s an amazing return on investment,” said Carter, calling a UNK degree one of the best values in the state.

The 60-year-old believes UNK can attract the “best and brightest” students from across Nebraska, the country and world by continuing to provide an outstanding education and welcoming campus environment, coupled with the university’s ongoing investments in online programs and growing fields such as health care and science, technology, engineering and math (STEM).

“I’d say you’re in a good place, going to a great place,” said Carter, who formed the nation’s first accredited cyber operations major and accredited a nuclear engineering major at the Naval Academy. During his tenure, the academy was ranked the nation’s No. 1 public university by Forbes Magazine.

As superintendent, Carter oversaw all functions of the Naval Academy, including leadership of 4,400 students and 1,500 faculty and staff, management of a $500 million budget and oversight of academics, facilities, admissions and policy. The Naval Academy’s Class of 2019 achieved a record-high graduation rate of 90%, and Carter significantly advanced diversity and inclusion.

At UNK, nearly 45% of undergraduate students are first-generation and about 25% come from underrepresented backgrounds.

Carter plans to continuously engage UNK students, faculty and staff if he’s selected as the university system’s next leader.

“I think those are important discussions to have so we can continually improve and make the University of Nebraska at Kearney that much better every year,” he said.

A Distinguished Flying Cross and Bronze Star recipient, he has 38 years of active-duty military service, including as a naval flight officer and commander for the Carrier Strike Group Twelve, a position that led 20 ships, two nuclear-powered aircraft carriers and two carrier air wings that were deployed to Afghanistan and the Arabian Gulf.

Carter’s selection as the priority candidate for NU president was unanimously supported by the Board of Regents and a 23-member Presidential Search Advisory Committee representing faculty, staff, students, administration, business, agriculture and other university constituencies.

Regent Jim Pillen of Columbus, who chaired the national search that began in April, said the goal was to find an extraordinary, global leader “who will fall in love with Nebraska and never leave here.”

Pillen believes Carter is that person.

PUBLIC INPUT
Nebraskans can submit feedback to the Board of Regents throughout the 30-day review period by contacting presidentsearch@nebraska.edu. 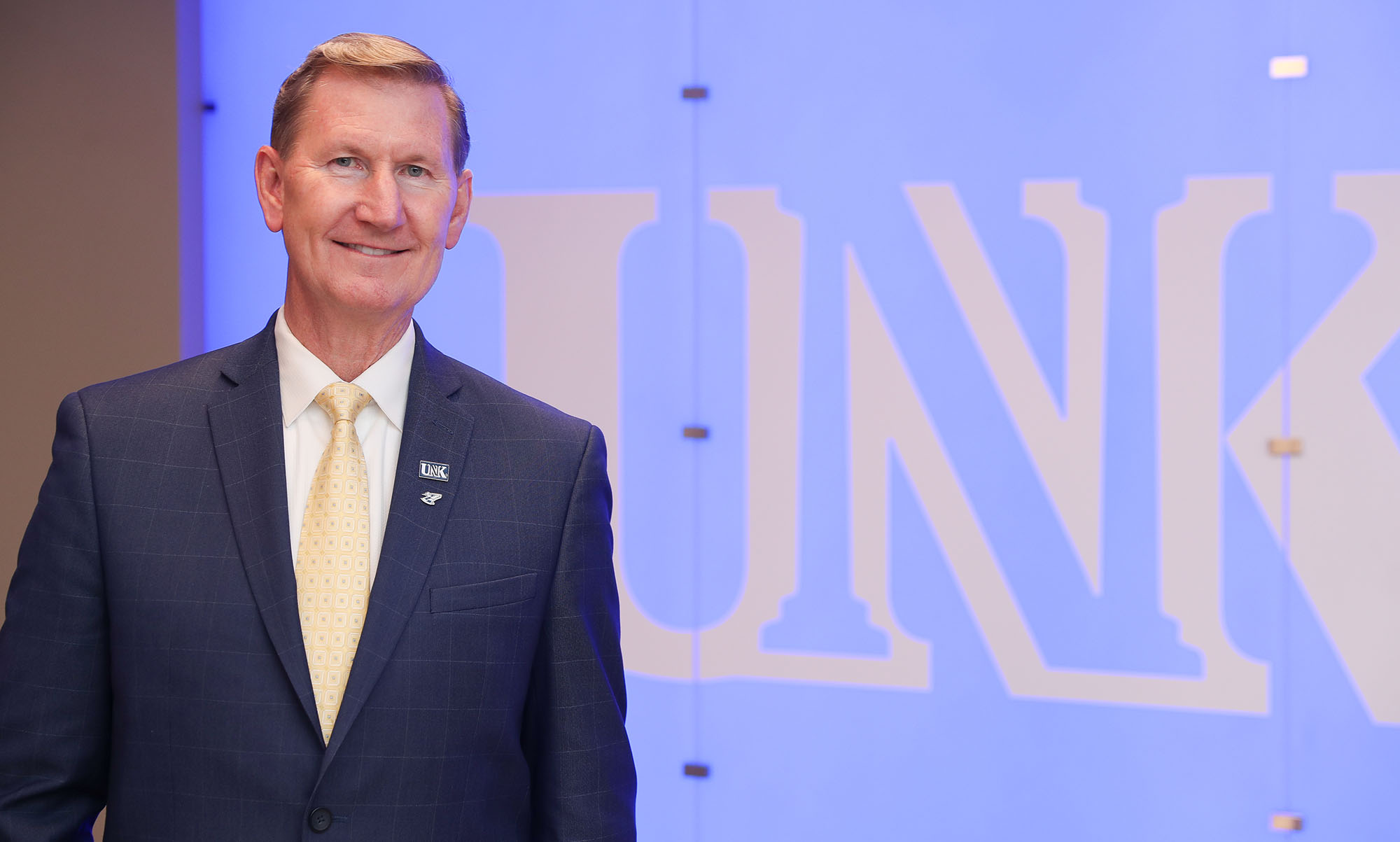