Surprised by the number of orioles lured into his yard by grape jelly, Gary Lingle decided to start counting the hungry visitors.  In 2015, he invited UNK associate professor of biology Letty Reichart to join the project, and they’ve been working together since.

GIBBON – The research project started with an odd question.

How many birds does it take to eat 2 pounds of grape jelly?

That’s what retired ornithologist Gary Lingle asked himself when he noticed the feeders on his property along the Platte River near Gibbon were becoming quite popular among orioles.

“I was going through a 2-pound jar of jelly a day,” said Lingle, who devoted his career to conservation and habitat management work, mainly related to sandhill and whooping cranes.

Surprised by the number of orioles lured into his yard by the tasty treat, Lingle decided to start counting the hungry visitors. The following year – in 2015 – he invited University of Nebraska at Kearney associate professor of biology Letty Reichart to join the project, and they’ve been working together since.

The team, which also includes UNK students and other volunteers, has captured, banded and released more than 500 orchard orioles and nearly 1,000 Baltimore orioles over the past five years. In addition to answering Lingle’s question about jelly consumption, the project has opened the door to new research on orioles and their migration habits.

“We’re trying to understand their life history,” said Reichart, who brings students to Lingle’s property to get them excited about wildlife biology and introduce them to scientific research.

Orioles migrate each spring from the southern U.S., Central America and South America to northern breeding grounds. By capturing the birds in central Nebraska, Lingle, Reichart and the UNK students can track them over time, study their patterns and look for indicators of poor health.

Each bird caught in nets temporarily installed on Lingle’s lawn is weighed, measured, photographed and banded with a unique U.S. Fish and Wildlife Service number used for tracking. Some of the birds continue their migration north, and others remain in Nebraska to nest throughout the summer.

Many of the same birds return year after year to Lingle’s grape jelly feeders. Because orioles often change color as they age, the photographs and other information collected by the research team can also be used for a plumage analysis.

A Bridgeport native, Hamilton joined the research project in 2016 and wrote a paper on the group’s findings over a three-year period.

By looking at metabolite levels in the birds’ blood, the researchers could determine whether the orioles were burning recently acquired nutrients, stored fat or muscle tissue during their migration.

“We want to know whether we have the right food sources for the birds during migration,” Reichart said. “If they’re using stored fat or protein, then they’re not getting the food resources they need.”

In his paper, Hamilton notes that metabolite levels in 2016 showed the orioles were burning more muscle mass during migration, meaning food sources weren’t as prevalent. That finding corresponded with abnormally dry conditions in the birds’ southern wintering grounds that would have impacted their food supply, which typically consists of fruits and insects.

“It was really cool that we were able to see that signal,” Hamilton said. “Here was something that happened to them probably in South America and we were able to detect it in their blood clear up here.”

Hamilton, who earned his bachelor’s degree in December and is currently pursuing a master’s in biology, presented his research last summer at the Wilson Ornithological Society’s annual meeting in Chattanooga, Tennessee, where he received an award for the best undergraduate student oral paper. His paper will be submitted for publication this summer.

Lingle and the UNK researchers documented more than 400 new birds this year, and Reichart plans to add more students to the project before banding resumes next spring.

Their ultimate goal is to promote conservation efforts that protect songbirds and their habitat. 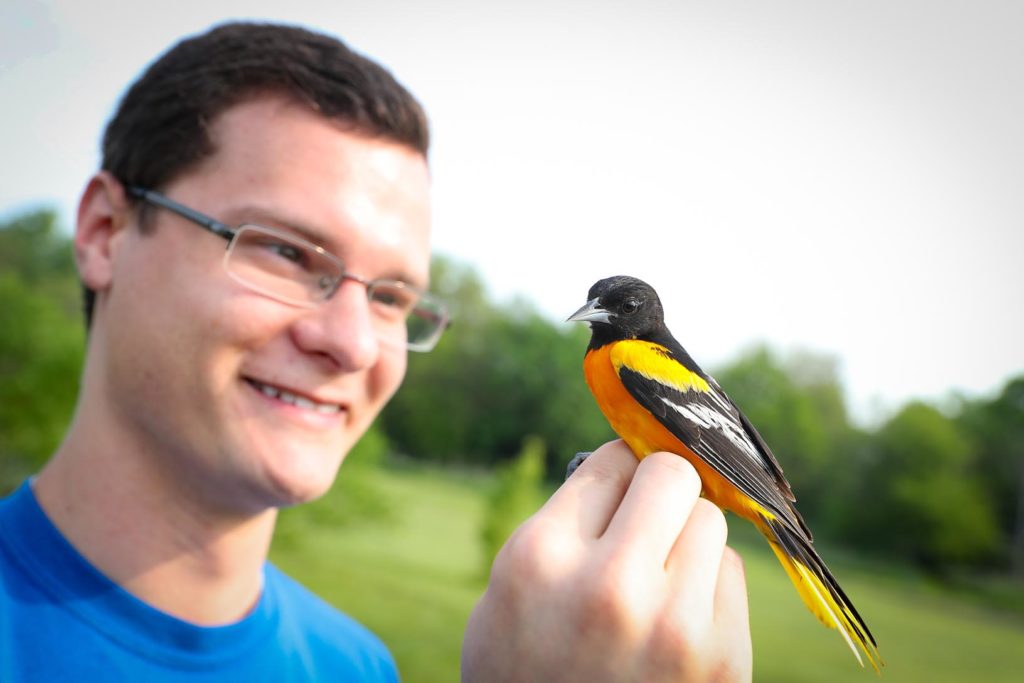 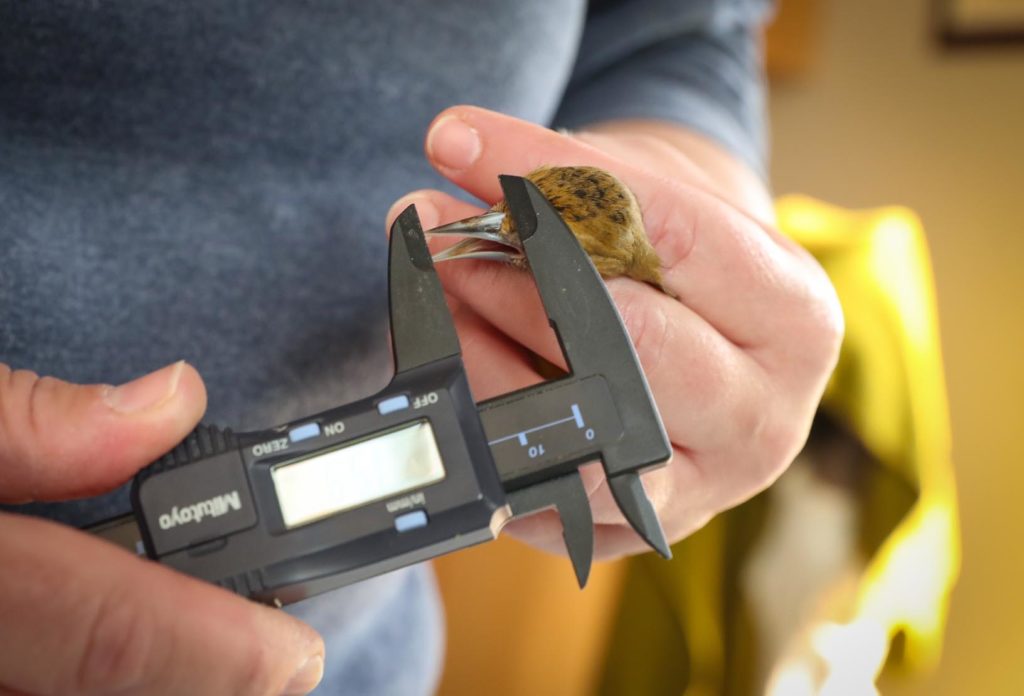 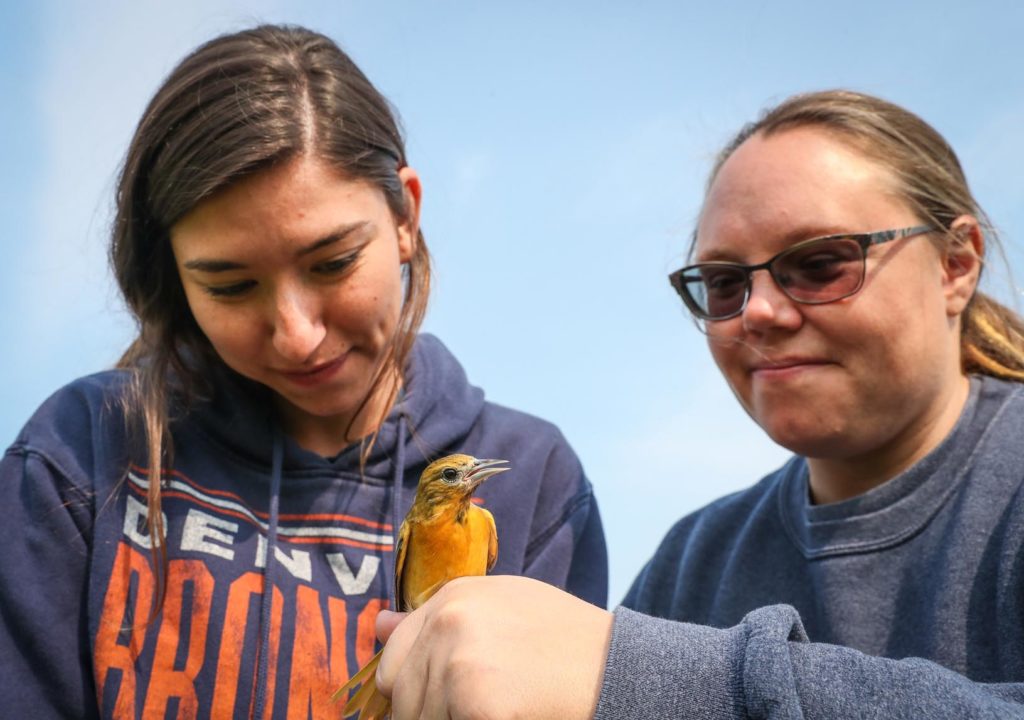 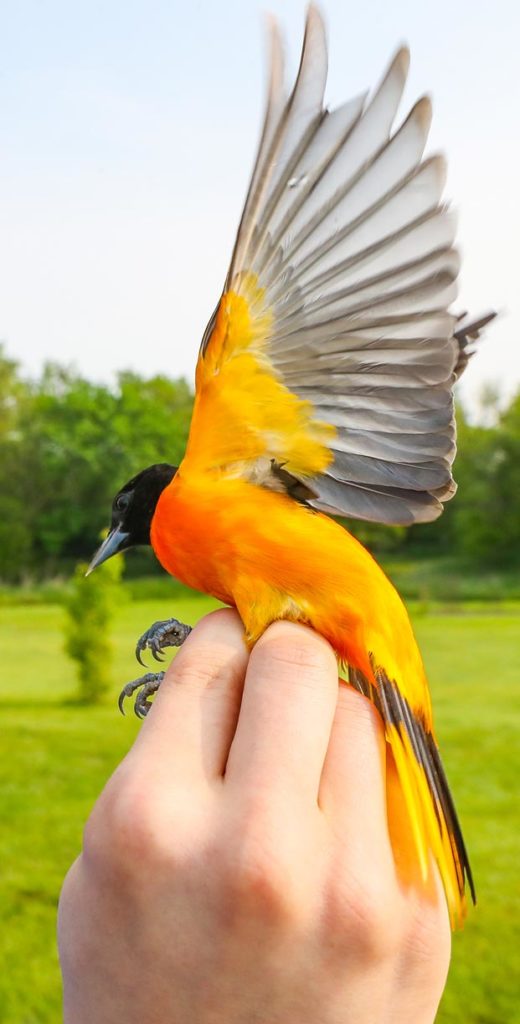