It slowly weakens the body, limiting a person’s mobility and making simple tasks difficult to complete.

There is no cure.

That’s the somber side of the disorder, the reality that many people are engaged in a daily fight to live normal lives.

“You don’t realize what they have to go through,” said Trevor Daubert, a sophomore at the University of Nebraska at Kearney.

Daubert and fellow UNK students Corey Johnson and Agustin Ruvalcaba witnessed the disease’s impact last summer while serving as volunteer counselors during a weeklong camp organized by the Muscular Dystrophy Association of Nebraska.

The experience opened their eyes to the challenges these families face.

It also gave them a chance to connect with the campers, revealing an uplifting side of the story – a reason to look for the positives each day and appreciate life.

“Once I was actually at the camp, I really realized what it was all about,” Daubert said. “These kids look forward to this camp year-round. They’re super-excited for it.”

Each summer, thousands of kids with muscular dystrophy and related diseases attend MDA Summer Camps, where they participate in fun activities while gaining confidence, independence and life skills. The camp, offered at no cost to families, is an opportunity to ignore their disability for a few days and focus on forming new friendships.

“When they go to that camp, they smile every day,” said Johnson, a junior from Kearney. “They have a great time.”

UNK’s Sigma Phi Epsilon fraternity partners with the Nebraska camp each year. That’s how Daubert, Johnson and Ruvalcaba got involved with the most recent event at Calvin Crest near Fremont.

“We thought it was a good opportunity for us,” Johnson said. “Getting out there and being part of the community is something that really stood out to me.”

Each fraternity member worked with one or two campers in a dual role. They helped meet the youths’ daily needs and became their friends for a week.

“They’re kids just like Corey and I when we were younger,” Daubert said. “They do the same activities. They say the same goofy things.”

The Nebraska camp included swimming, arts and crafts, a dance and water fight with area firefighters and law enforcement officers.

Daubert, an Omaha native, said the camp benefits everyone involved. Parents and caregivers get some time to relax, and the campers and counselors build relationships that last long after the week ends.

“We’re huge role models for them. They look up to us,” Daubert said. “We’re some of their best friends.”

Daubert and Johnson, both biology majors with a health science emphasis, plan to return to the MDA Summer Camp next year, and they’re hoping to bring more fraternity members with them.

“It’s going to help that Corey and I went there and we had such a positive impact and a positive experience,” Daubert said.

Sigma Phi Epsilon hosts an annual fundraiser to support the Muscular Dystrophy Association of Nebraska and MDA Summer Camp. This year’s event is scheduled for 5-9 p.m. Nov. 11 at the Viaero Center, 609 Platte Road, in Kearney. Ice skating, games and other family-friendly activities are planned.

Tickets are $5 each and can be purchased at the door or in advance from any Sigma Phi Epsilon member. 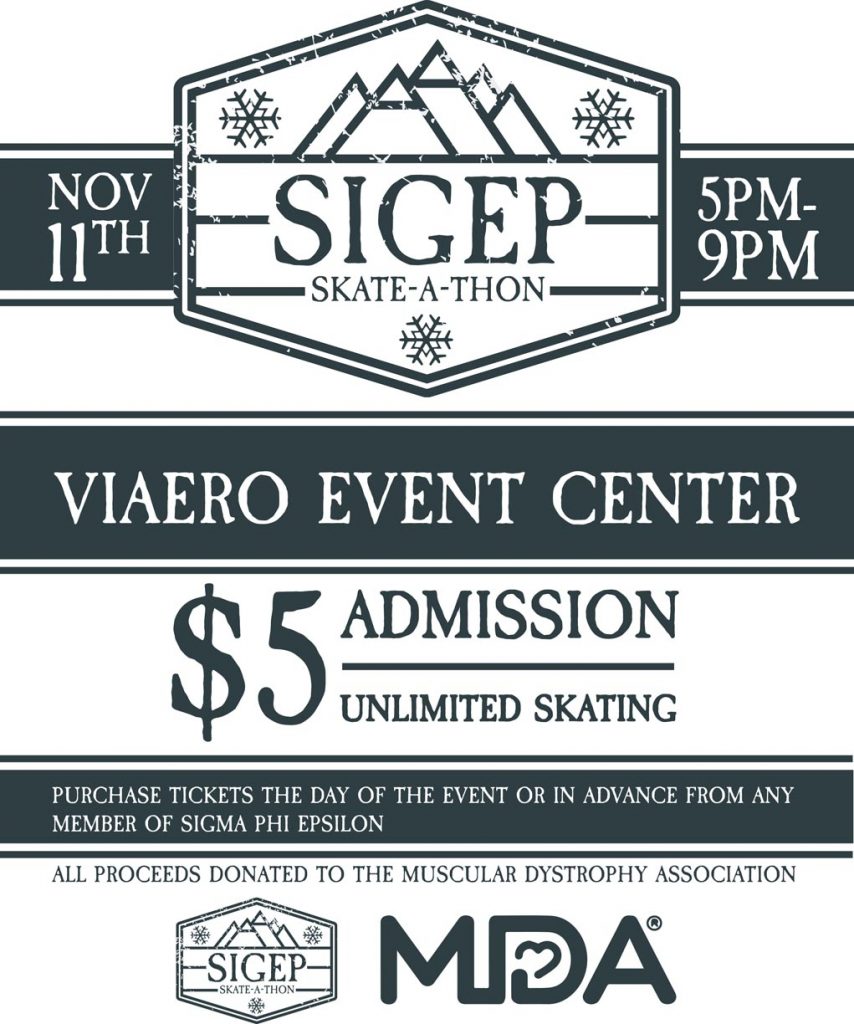