KEARNEY – Patricia Birch is an award-winning dancer, choreographer and director who has worked with some pretty big names over the past 50-plus years.

“Grease,” “Grease 2,” “Big” and “The First Wives Club” are among her film credits, she’s directed and choreographed videos for music greats such as Cyndi Lauper and The Rolling Stones and her television work includes “The Electric Company,” “Boardwalk Empire” and “Saturday Night Live,” where she staged numbers for Gilda Radner, Steve Martin, Bill Murray, Dan Aykroyd and other stars. 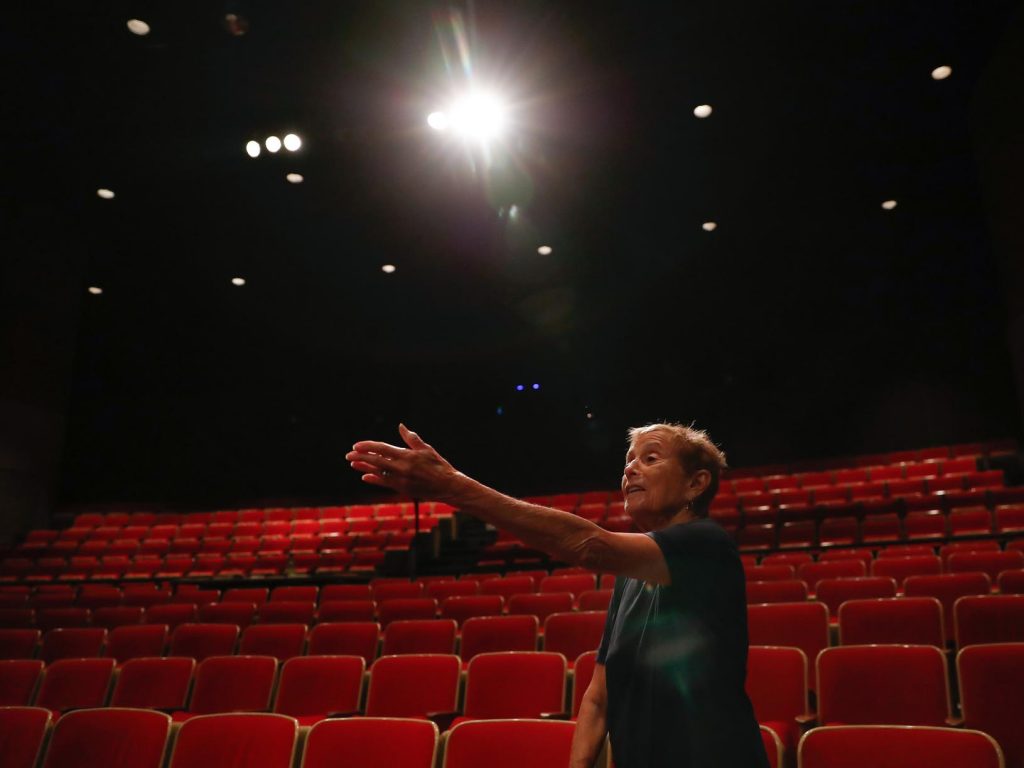 The two-time Emmy winner, five-time Tony Award nominee and 2009 inductee into the Theater Hall of Fame brings that wealth of experience and expertise to the University Theatre at Kearney’s season-opening production of “Orphan Train: The Musical.”

Birch, who began her career as a dancer in Broadway musicals and played Anybodys in “West Side Story,” is co-directing the University of Nebraska at Kearney show, which dramatizes the Orphan Train Movement that relocated an estimated 250,000 orphaned and homeless children during a 75-year period from 1854 to 1929.

Anne Foradori, a vocal music professor at UNK, spent five years trying to bring the musical to campus before she eventually reached Birch in August 2017. The show’s director agreed to more than a UNK performance. She offered to travel here and work with the cast.

“I thought, ‘Well, how can we pass this up?’” said Foradori. “She’s been a Broadway icon for so many years, and we thought it’d be a great opportunity for our students to work with her and composer Doug Katsaros.”

Birch and Katsaros, another Emmy winner whose Broadway work includes “Footloose,” “The Rocky Horror Show” and “Gettin’ the Band Back Together,” arrived in late August for auditions, casting and a few rehearsals before returning to New York. They’ll be back to finalize the show ahead of public performances Oct. 3-7 at the Miriam Drake Theatre inside UNK’s Fine Arts Building.

In the meantime, co-director Janice Fronczak, a UNK theater professor, and Foradori, the musical director, will lead rehearsals.

Darin Himmerich, an assistant professor and director of UNK’s theatre program, called “Orphan Train: The Musical” a great opportunity for UNK students to learn from distinguished professionals with unique styles.

“There’s always something that somebody different can bring to the table,” he said. “That’s what Pat does. She’s bringing a whole new outlook on how to approach a play.”

Birch, a choreographer for “Grease,” “You’re a Good Man, Charlie Brown,” “A Little Night Music,” “Parade” and several other Broadway musicals, describes her style as organic and unscripted. She and the performers “find the moment together,” said Birch, who taught dance at Juilliard School’s pre-college division in New York City and performed as a soloist in the Martha Graham Dance Company.

“Orphan Train: The Musical” features a 22-member cast playing 37 roles. About half the cast members are UNK students and the other performers are community members, including several young children. Himmerich said a production with a broad range of roles benefits from a diverse cast representing different age groups. 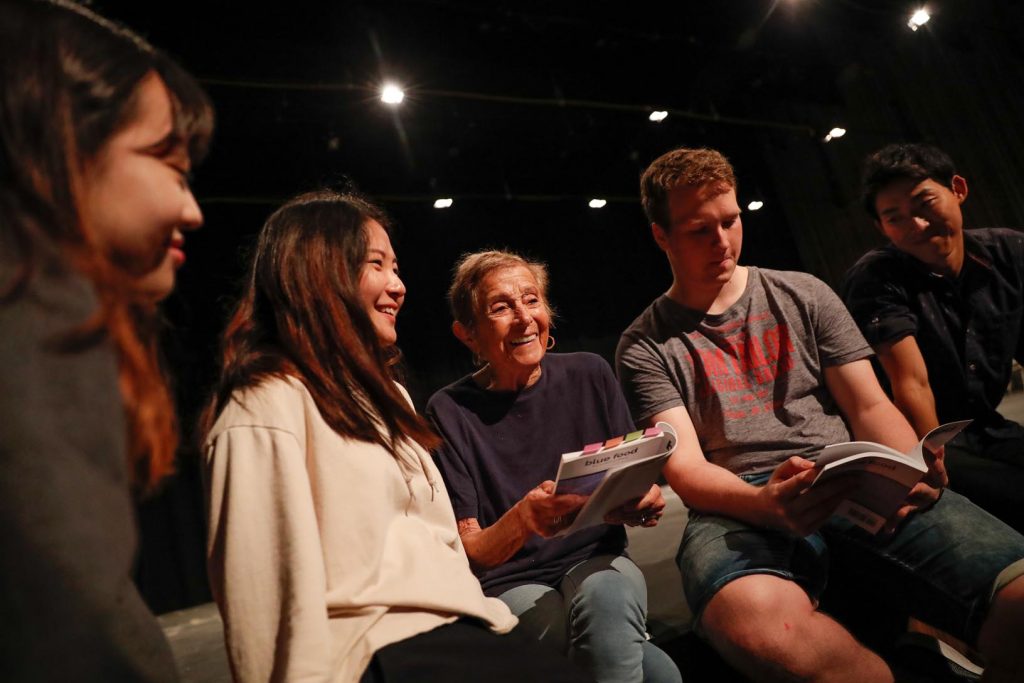 Birch describes the musical as a “living history” event highlighting the good and bad of the Orphan Train Movement, which started as a humanitarian effort to get children off the streets of crowded East Coast cities and into homes mainly in the rural Midwest and West. These “surplus children,” as they were called, faced uncertain futures as they boarded trains taking them to their new lives. The Orphan Train Movement led to the formalization of foster care in the U.S.

Birch said the production is both entertaining and informative, particularly in Nebraska, where nearly 3,500 children settled during the Orphan Train initiative. An estimated 8 million Americans are direct descendants of Orphan Train riders.

“It’s a good show, and it’s an important show,” said Birch, who earned Emmy Awards for her direction of the television specials “Unforgettable, with Love: Natalie Cole Sings the Songs of Nat King Cole” and “Celebrating Gershwin.”

The show is also a “call to action,” according to Birch, who says society must address today’s “surplus children” – the millions of American youths whose childhood is scarred by poverty, homelessness, gangs and addiction.

TICKET INFORMATION
Public performances of “Orphan Train: The Musical” will be held 7:30 p.m. Oct. 3, 4 and 6 and 2 p.m. Oct. 7 at the Miriam Drake Theatre inside UNK’s Fine Arts Building.
Cost is $15 for adults, $10 for seniors and UNK faculty/staff members, $5 for youths in fifth through 12th grades and $3 for UNK students. Tickets are available through the UNK Theatre Box Office in the Fine Arts Building or by calling 308-865-8417.