KEARNEY – University of Nebraska at Kearney Police Chief Jim Davis won’t brag about the work he’s done to improve the department over the past three years.

He “absolutely hates” talking about himself.

Sgt. Ricci Fast isn’t so shy about singing his boss’ praises. He wrote all about Davis’ accomplishments while nominating the UNK Police chief for the Law Enforcement Coordination Award presented by the U.S. Attorney’s Office in Nebraska.

“Jim has made a tremendous impact on the university since he began working here in 2015,” Fast shared. “Prior to Jim coming on board, the relationship between other local law enforcement agencies and the UNK Police agency was very distant. However, by utilizing his knowledge and positivity he has proven time and again that interagency collaboration is vital to the success of all law enforcement agencies.” 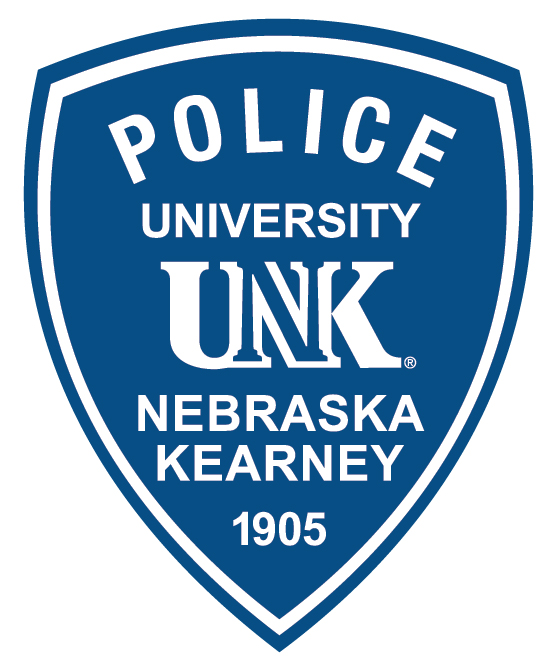 Davis was recognized recently in Kearney during the annual Criminal Justice and County Attorneys Conference hosted by the Law Enforcement Coordinating Committee, which promotes cooperation among local, state and federal law enforcement agencies.

Fast applauded his chief for merging UNK Police and Parking Services into a single, cohesive office and taking the initiative to make his nine-member force safer through equipment purchases and training.

Off campus, Fast wrote, Davis helps prepare new recruits at the South Dakota Law Enforcement Training Academy, and he made it a priority to develop strong working relationships with the Kearney Police Department and Buffalo County Sheriff’s Office.

“On any given day, the UNK Police station could have an officer or deputy from either agency just stop by to have a cup of coffee, share intel or both,” Fast stated. “I cannot explain in words how important this is to the success of our department.”

Davis, who has 35 years of law enforcement experience, emphasizes teamwork and collaboration between UNK Police and agencies such as the Kearney Police Department, Buffalo County Sheriff’s Office, Nebraska State Patrol and other departments within the University of Nebraska system.

The Law Enforcement Coordination Award, he said, belongs to everyone involved in that process.

“It’s nice that I’m recognized,” he said, “but really it recognizes everybody within the university family and the Kearney and Buffalo County communities.”

Davis said “there are no boundaries” when it comes to organizing joint training sessions, providing assistance for other agencies and welcoming them onto campus.

“Even though we’re separate units, we all have something to give to make each other better,” Davis added.

Davis, who worked for multiple sheriff’s offices, the University of Nebraska-Lincoln Police Department and Nebraska Law Enforcement Training Center before becoming the UNK Police chief, also teaches a criminal justice course and serves as director of UNK’s emergency management team. That group develops response and communication plans and coordinates training for natural disasters and other emergencies.

The Ravenna native said his top priority is the safety of students, faculty, staff and visitors on campus, “but we are always looking to reach out and help wherever we can.”

That can be as simple as sending condolences to another agency following an officer’s death – a small, but impactful, gesture.

“No matter what color of uniform you are wearing or what agency you work for, Jim has a place in his heart for you,” Fast wrote. “Jim understands the sacrifices made by all who take on this profession and understands that this is a family profession and affects everyone in the family, not just the officer or deputy.”